Photographer Hugh Holland was in the right place at the right time, he says. LA, 1975, specifically. "Skateboarding was happening in many places, but not like in California," he says over the phone from LA, where he still lives at 74. "To me, it seemed like this was the center of everything." Hugh's photos of long-haired, golden-skinned kids gunning down Hollywood's hills and tearing up its boulevards document the very origins of skate culture.

Over the course of three years, Holland took thousands of photos of the scene as it changed from an unruly after-school activity to a professional sport, complete with competitions, endorsement deals, and helmets. Glowing with late-afternoon California light, the images sat unsorted in boxes at his house for decades. But earlier this month, they went on show at Blender Gallery in Sydney (Hugh: "So many of these Australian surfers looked just like the kids in my pictures!"). And Hugh is still sifting through his crates. 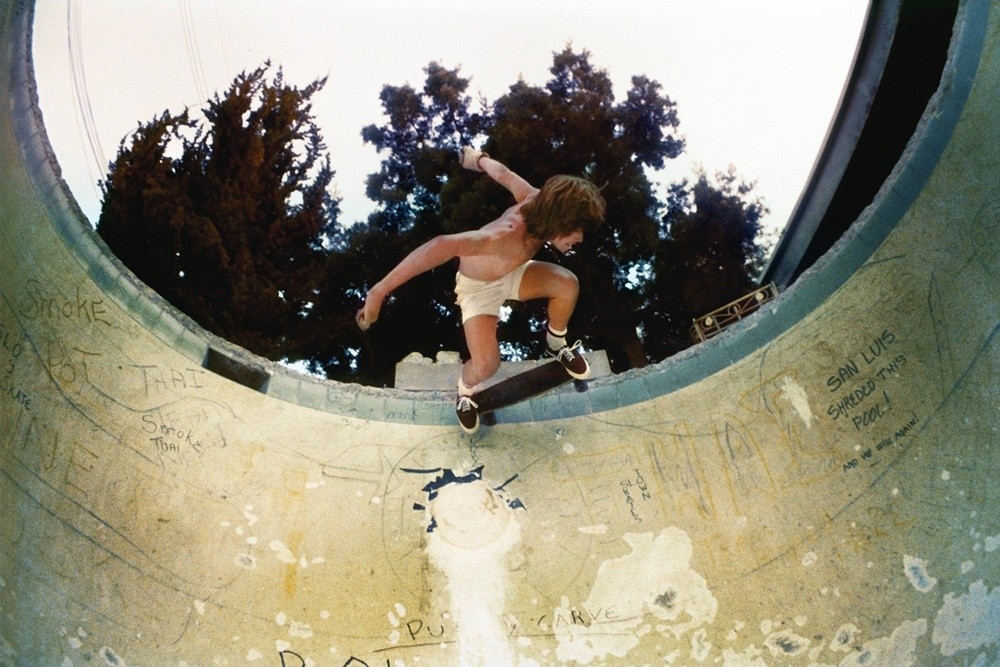 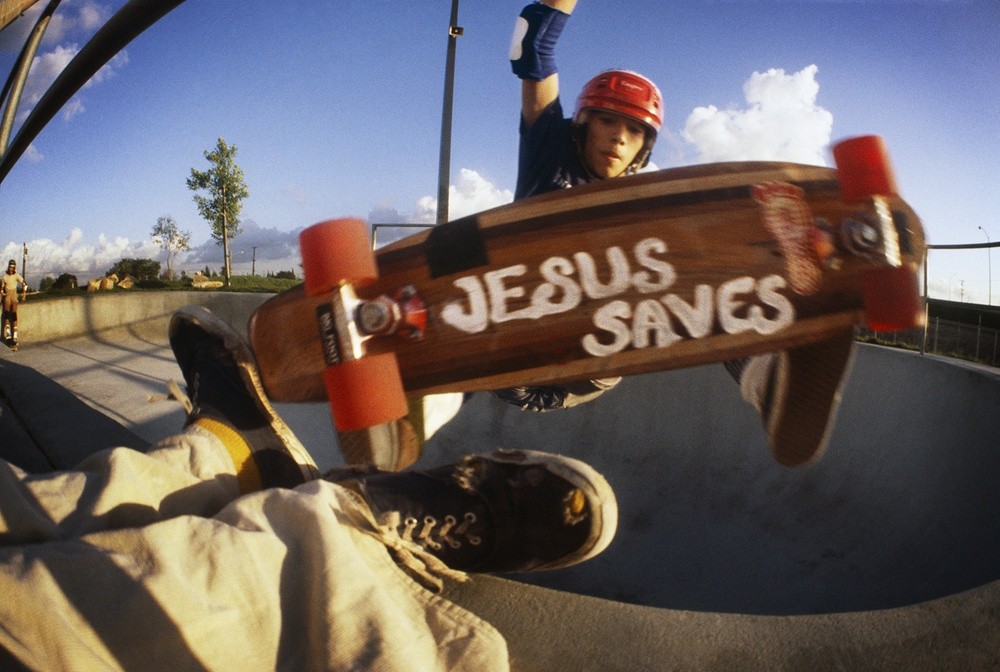 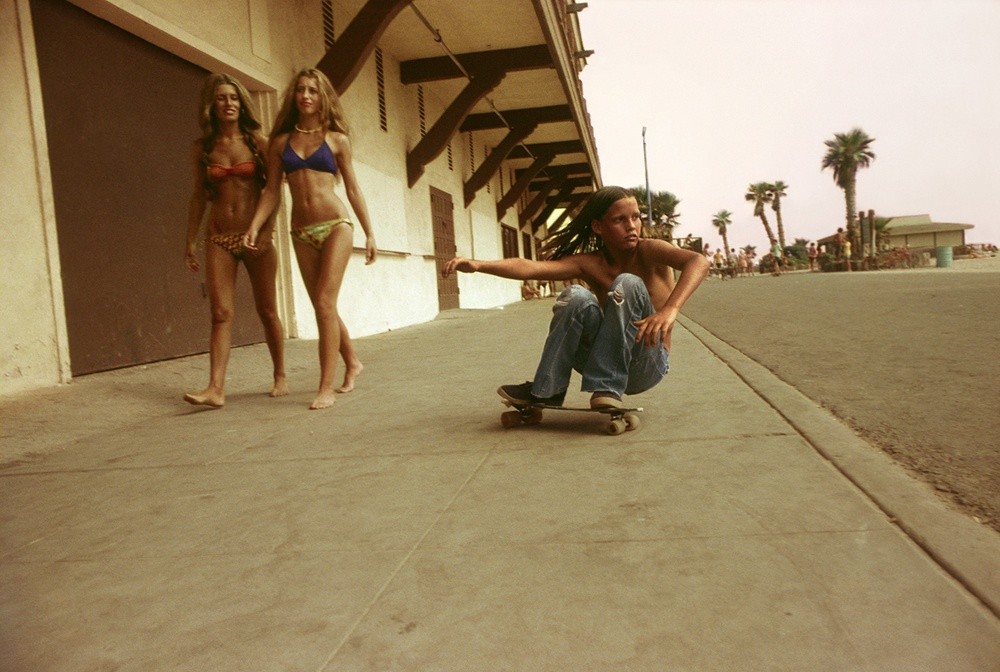 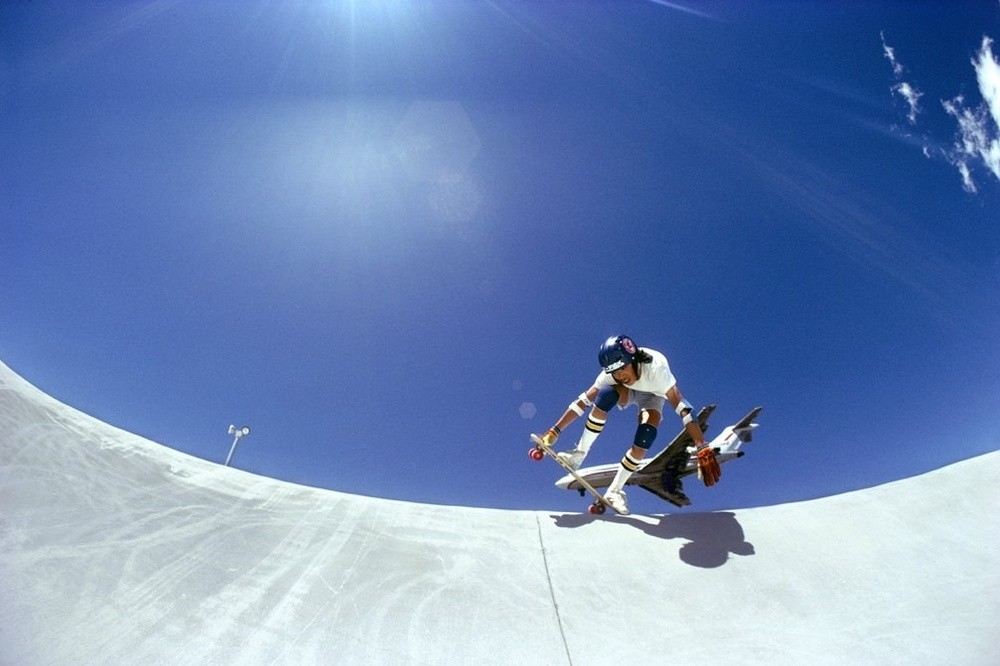 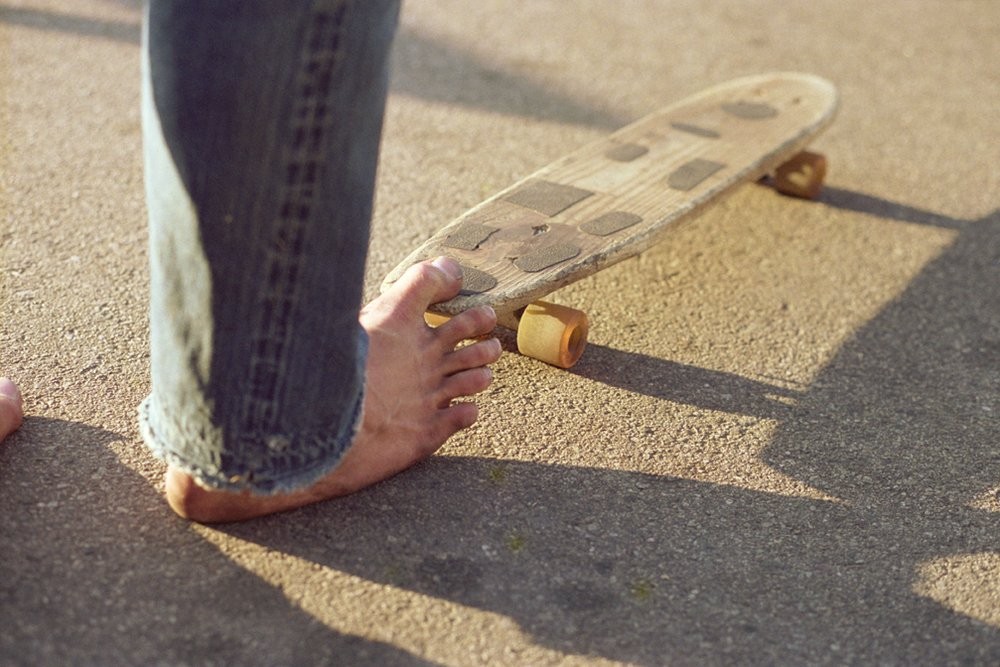 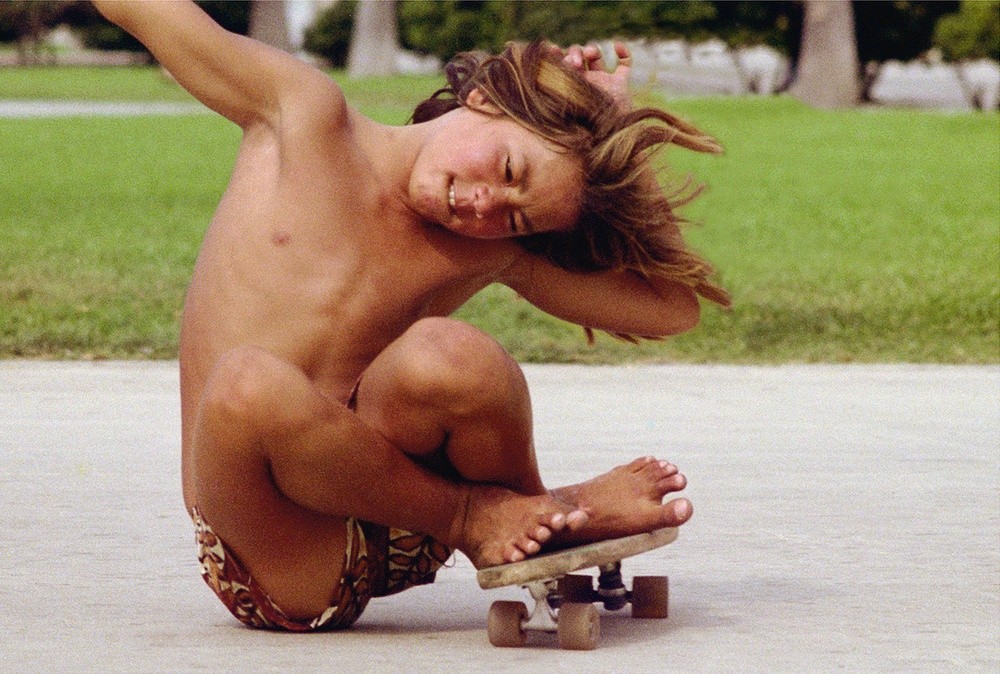 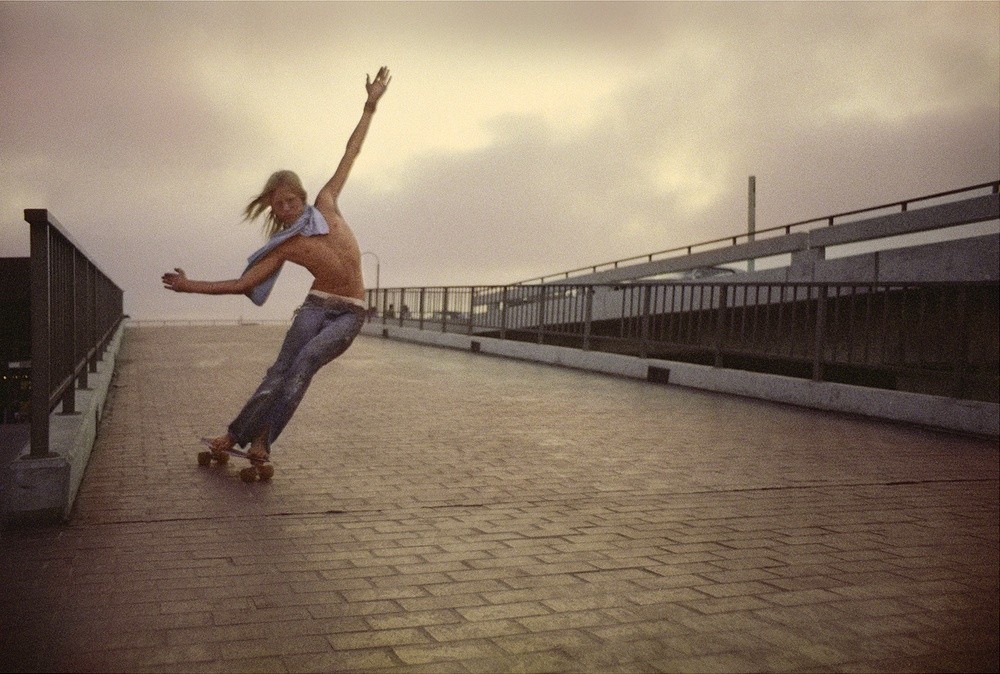 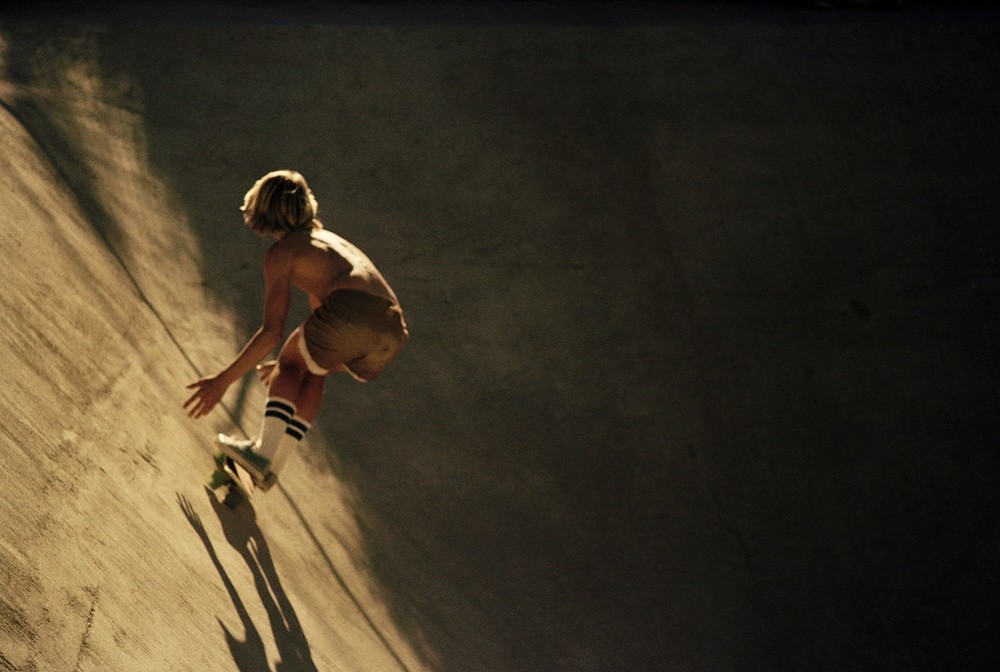 "Duetto buffo di due gatti" (att. Gioachino Rossini). Felicity Lott and Ann Murray fight over a Damehood at the Last Night Of The Proms 1996. Sir Andrew Davis at the piano.

© 2015 NCLS under exclusive license to Because Music

“I wanted a tune like Snow White lost in the forest, all super-scary,” Godin explains. “There are many influences here. The celeste is inspired by Danny Elfman, who writes Tim Burton’s scores. When I was young, I watched John Ford westerns with my dad, with music by Aaron Copeland, which is my favourite period of music. So ‘Elfe Man’ is both gothic and about a cowboy in Arizona — but then Tim Burton grew up in California, in the middle of a former desert, which unites both worlds! It’s two worlds, light to night.”

Of the impressionistic video, directors Camille Vivier and Sanghon Kim say, “Listening to Nicolas’ music made us think of an ultra sophisticated music box. It inspired us a modern fairy tale both romantic, mysterious and full of magic like the track. It is a story of a doll that dreams to become human so that she can fall in love.”

Finally they got the Singles problem under control, they made it scientific. They opened huge Sex Centers—you could simply go and state what you want and they would find you someone who wanted that too. You would stand under a sign saying I Like to Be Touched and Held and when someone came and stood under the sign saying I Like to Touch and Hold they would send the two of you off together.

At first it went great. A steady stream of people under the sign I Like to Give Pain paired up with a steady stream of people from under I Like to Receive Pain. Foreplay Only—No Orgasm found its adherents, and Orgasm Only—No Foreplay matched up its believers. A loyal Berkeley, California, policeman stood under the sign Married Adults, Lights Out, Face to Face, Under a Sheet, because that’s the only way it was legal in Berkeley—but he stood there a long time in his lonely blue law coat. And the man under I Like to Be Sung to While White Bread Is Kneaded on My Stomach had been there weeks without a reply.

Things began to get strange. The Love Only—No Sex was doing fine; the Sex Only—No Love was doing well, pair after pair walking out together like wooden animals off a child’s ark, but the line for 38D or Bigger was getting unruly, shouting insults at the line for 8 Inches or Longer, and odd isolated signs were springing up everywhere, Retired Schoolteacher and Parakeet—No Leather; One Rm/No Bath/View of Sausage Factory.

The din rose in the vast room. The line under I Want to Be Fucked Senseless was so long that portable toilets had to be added and a minister brought for deaths, births, and marriages on the line. Over under I Want to Fuck Senseless—no one, a pile of guns. A hollow roaring filled the enormous gym. More and more people began to move over to Want to Be Fucked Senseless. The line snaked around the gym, the stadium, the whole town, out into the fields. More and more people joined it, until Fucked Senseless stretched across the nation in a huge wide belt like the Milky Way, and since they had to name it they named it, they called it the American Way.

Fulfilling the performance-art vision of her spirit-muse Emily, Esperanza Spalding played the music of her forthcoming album Emily's D+Evolution in concert at BRIC House in Brooklyn, N.Y. on Thursday, March 3. WFUV and NPR Music presented a live video webstream of the performance as part of the First Listen Live series.