Our blue planet is parched and cracks are forming underfoot and the sweat drips from our collective temple onto the citrine sand and a feathered doom encircles us from above and there's a pulsing in our breast telling us there ain't nothing any mere mortal can do when the sun retreats and blackness sets in. Call upon God to deliver us from our peril. 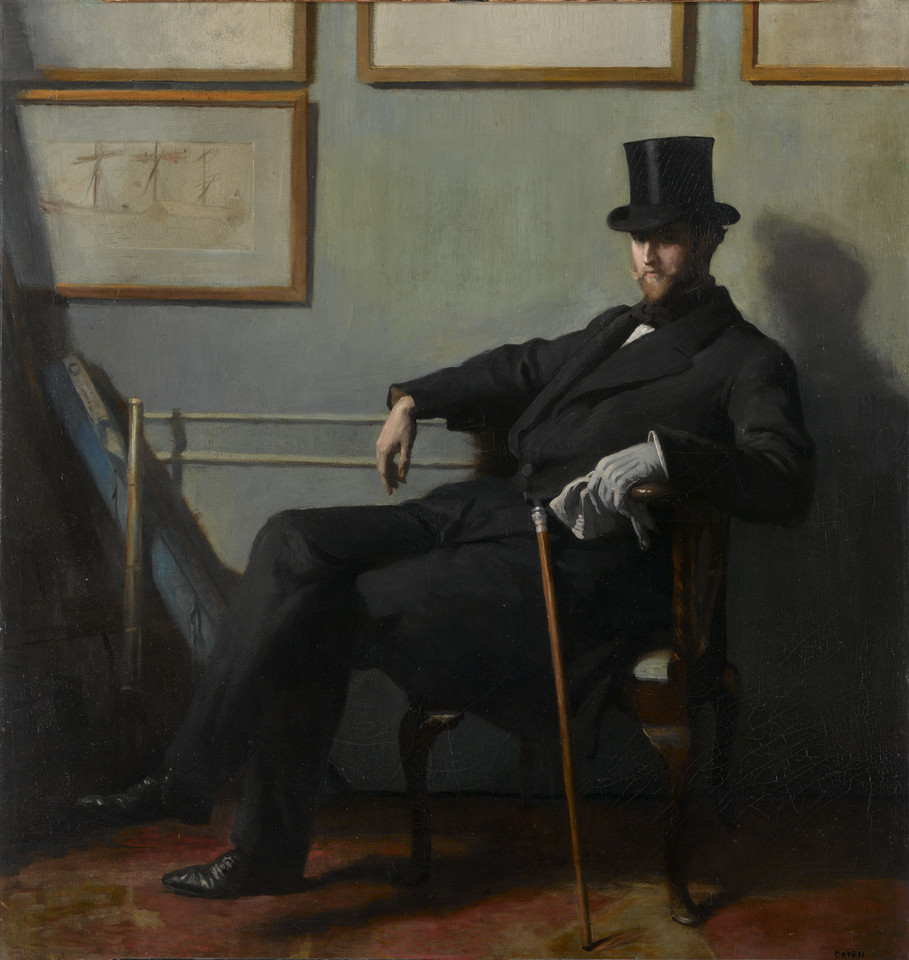 A full-length seated portrait, to left, of the marine and landscape painter John Everett, cross-legged and wearing a black overcoat and trousers, a silk hat and grey gloves. His face is bearded and a silver-topped cane rests against his legs. Orpen produced a preliminary sketch of Everett for this portrait, now in Bradford City Art Gallery. This shows him as clean-shaven and seated with the gloves, cane and top-hat that feature in this finished canvas. Everett sat for his portrait against a background of his own watercolours and drawings of ships, and with the telescope and roll of maps that can be seen in the corner of the composition. Although the portrait is both direct and simple, it also emulates the swagger and insouciance of the sitter, who was over six feet tall. Everett was a student at the Slade School of Art with Orpen. They were distant relatives and in Everett's early days as an artist they shared a studio. It is likely that this portrait was painted there. Everett departed for his first sea voyage in 1898. Thereafter, he made a speciality of shipboard scenes and always signed his work 'John Everett' since he disliked the name Herbert. He undertook a series of world voyages which inspired his unusual seascapes of the 1920s and 1930s and he produced great quantities of drawings, oil paintings and engravings. According to Gwen Yarker, expert on John Everett, the long-held myth that he did not sell any of his marine work during his lifetime, is now proven incorrect, though he had a modest private income and was not entirely dependent on living from his art. When he died, Everett left all his maritime pictures remaining in his possession – over 2000 works – to the National Maritime Museum, London. Orpen exhibited the portrait (as of 'Herbert Everett') at the winter exhibition of the New English Art Club in 1900. It was bequeathed by the sitter to National Portrait Gallery but was transferred to the National Maritime Museum in 1950, on the basis that it was more sensible for it to be kept with his studio collection. Orpen was a fashionable portrait painter who painted in a vigorous style, often using strong chiaroscuro backgrounds, and this portrait shows the influence of both James Abbott McNeill Whistler (1834–1903) and John Singer Sargent (1856–1925). Orpen later produced memorable work as a war artist. The painting is signed 'Orpen'.

One of the greatest songwriters of the 20th century is proving that it's never too late to experiment with sound. Paul Simon on Thursday announced the release of his 13th solo album, Stranger to Stranger, out June 3 on Concord Records. To give fans a taste of what to expect, the smooth-sounding icon posted the album's first single, "Wristband," to his website.

The album's striking cover art was taken from a portrait of Simon done by renowned artist and photographer Chuck Close. 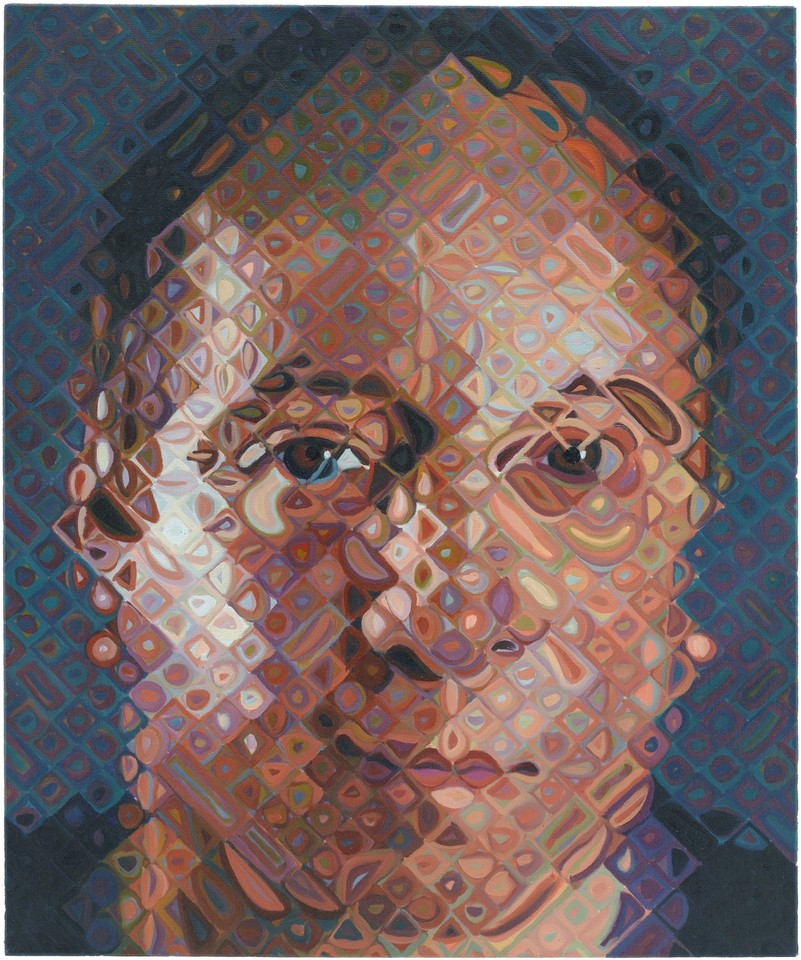