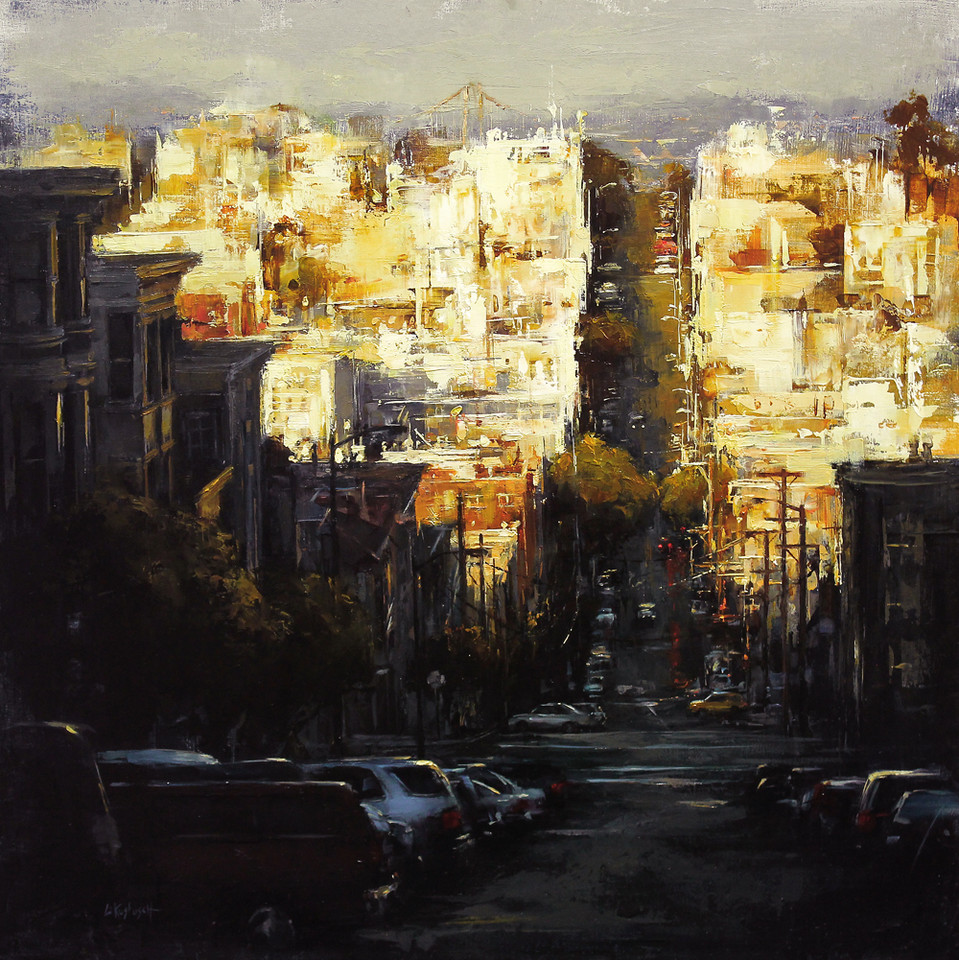 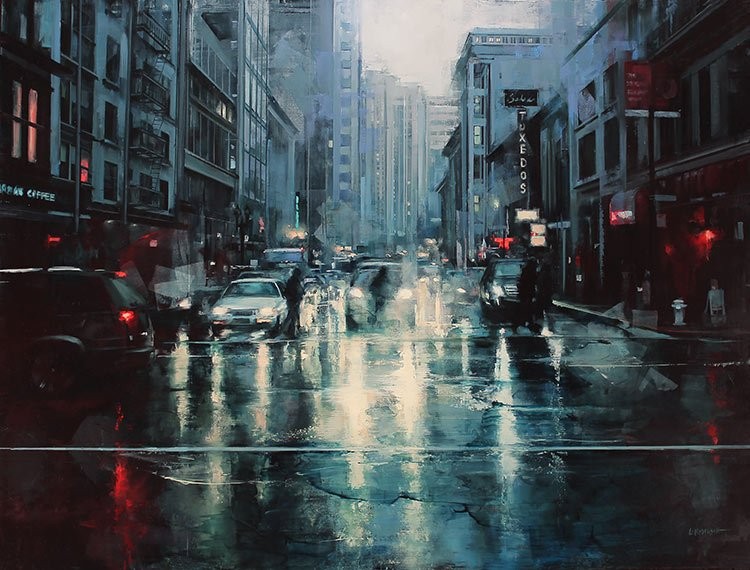 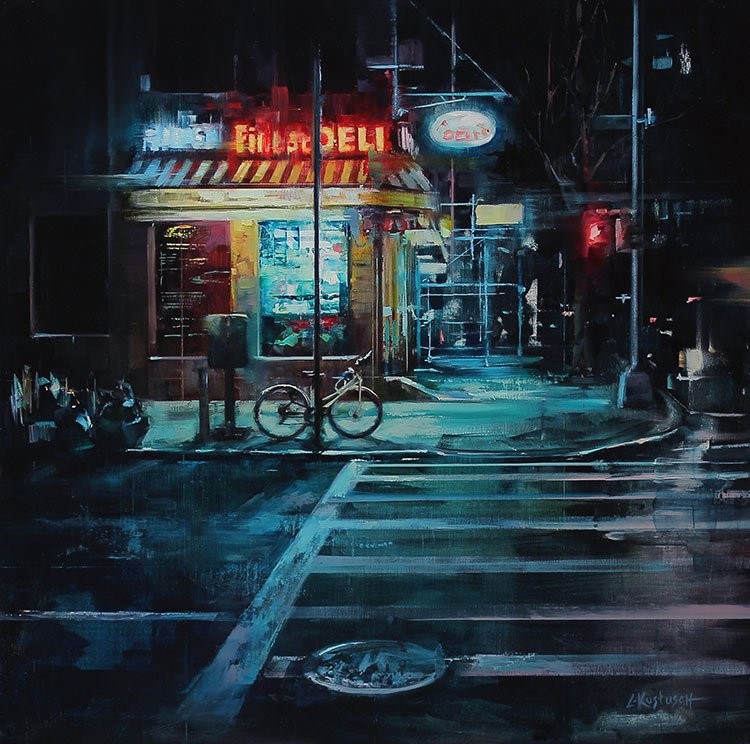 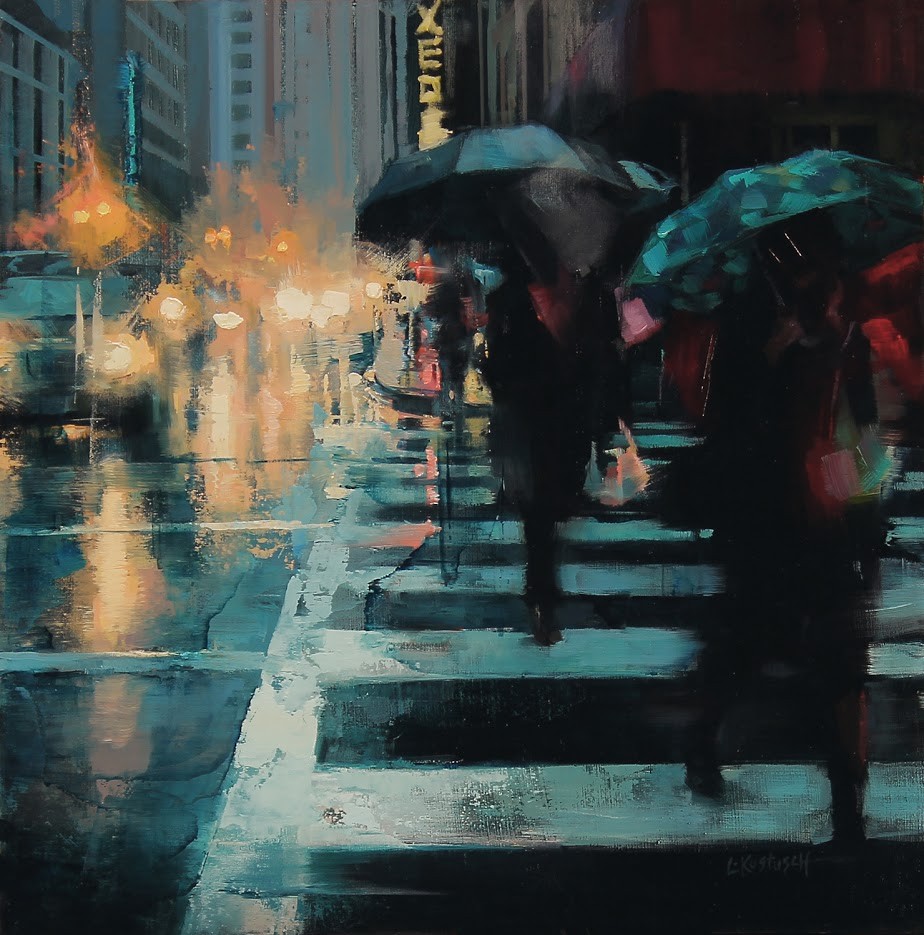 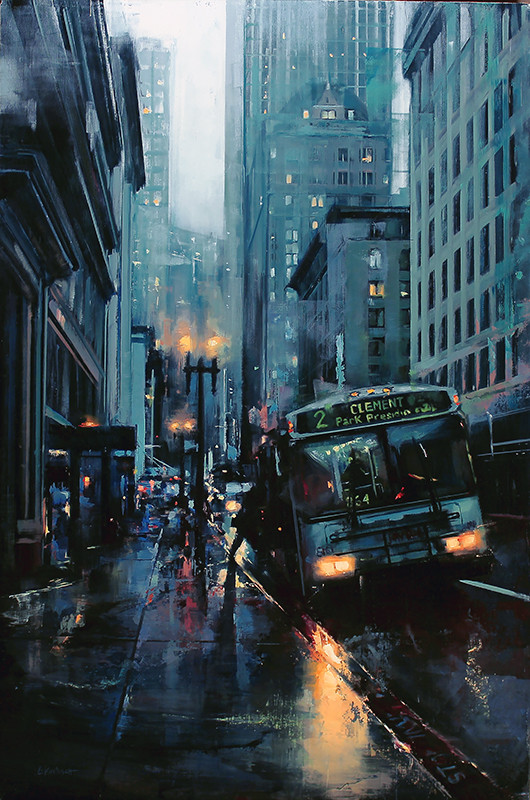 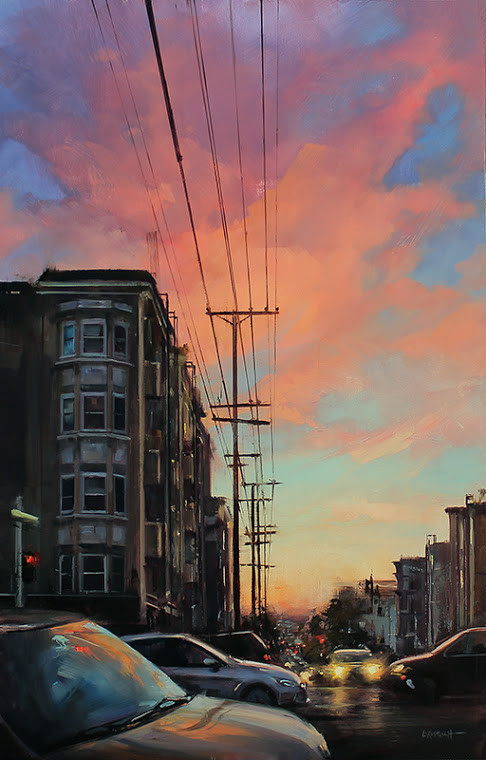 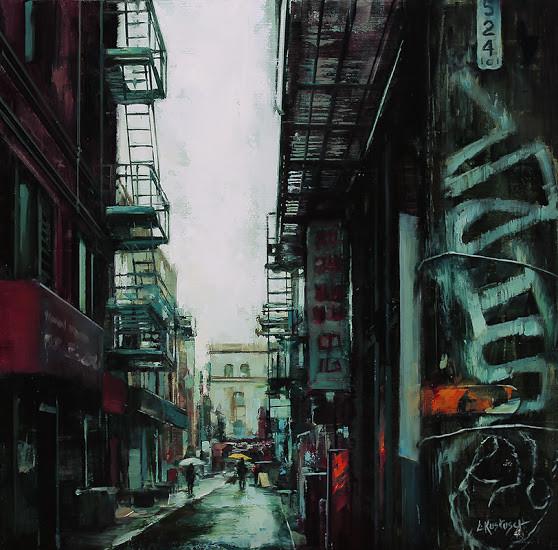 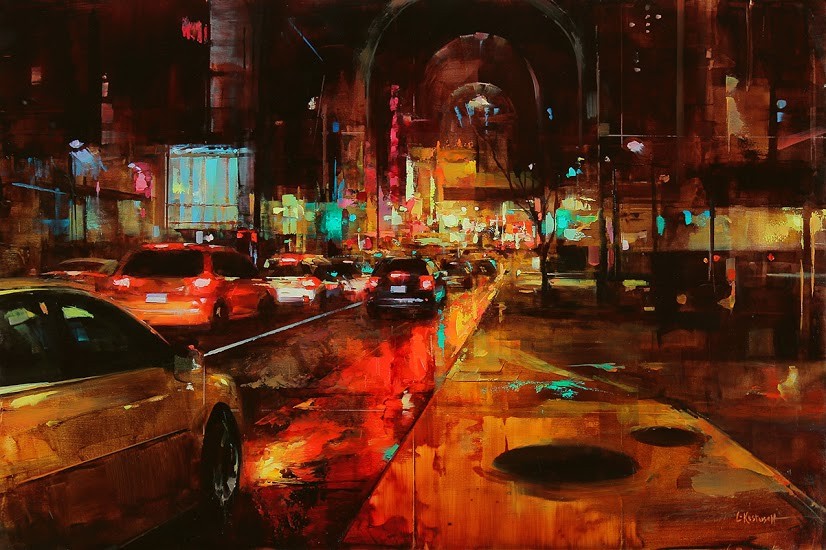 Lindsey Kustusch’s urban landscapes are rich in detail, meticulously crafted, and vivid in even its most downcast renderings of city alleys, streets, and storefronts. Her works are oil on panel.