Why do you feel “most vulnerable.” Where,
In Damascus, were you born. To whom do you
Pray. What does it mean to have winged
Brows. Have you ever spoken through
A mesh. Was it dark speech that you made.
Is it hot inside your burqa. Who
Was Frank Sinatra. Why was our war
Called “Civil” and who won.
Can you keep a bright gaze. How tall
Was Allah. What once was Palestine.
What most displaces you. Have you visited
Somalia. Have you ever crossed a border
In a boat, by night, to another land.
Sir, in all how many died.
Is your wife considered meek.
Point to Mecca from right here.
Why is our court Supreme.
What does “The Sound and the Fury”
Mean to you. Who was Huckleberry Finn.
Has your husband ever travelled to Afghanistan.
In Sharia, when a woman’s hair is loose,
Is she a prostitute or slave.
Do you understand what “Red State” means.
Do you speak American. Here,
Read that aloud.
Do you have tattoos. What does
Paranoia mean. In what season
Do we vote for President. How much freedom
Does the First Amendment cost.
Which is the tallest tree. You were once
A doctor; how is it, as you say, you’ve
Come to selling vegetables.
How tall was Jesus in bare feet;
Do you consider him a refugee.
Have you a disease that is contagious.
What are “The Hunger Games.”
Who sang “Moon River” best.
Do you have friends or relatives
Who are barbarians.
What is the Blues.
What is a Second Sleep. What
Most once made you weep.
When was Lincoln. Who is Stephen King.
Explain what “obfuscation” means.
Have you been lashed.
Who were our pilgrims; why did they come.
Have you ever eaten eel.
Why do you bring just one small son.
Where are the other ones.
What are your other sons.

Watch the Survival Teaser for Dunkirk, directed by Christopher Nolan. In cinemas July 21, 2017.

“Dunkirk” opens as hundreds of thousands of British and Allied troops are surrounded by enemy forces. Trapped on the beach with their backs to the sea they face an impossible situation as the enemy closes in. 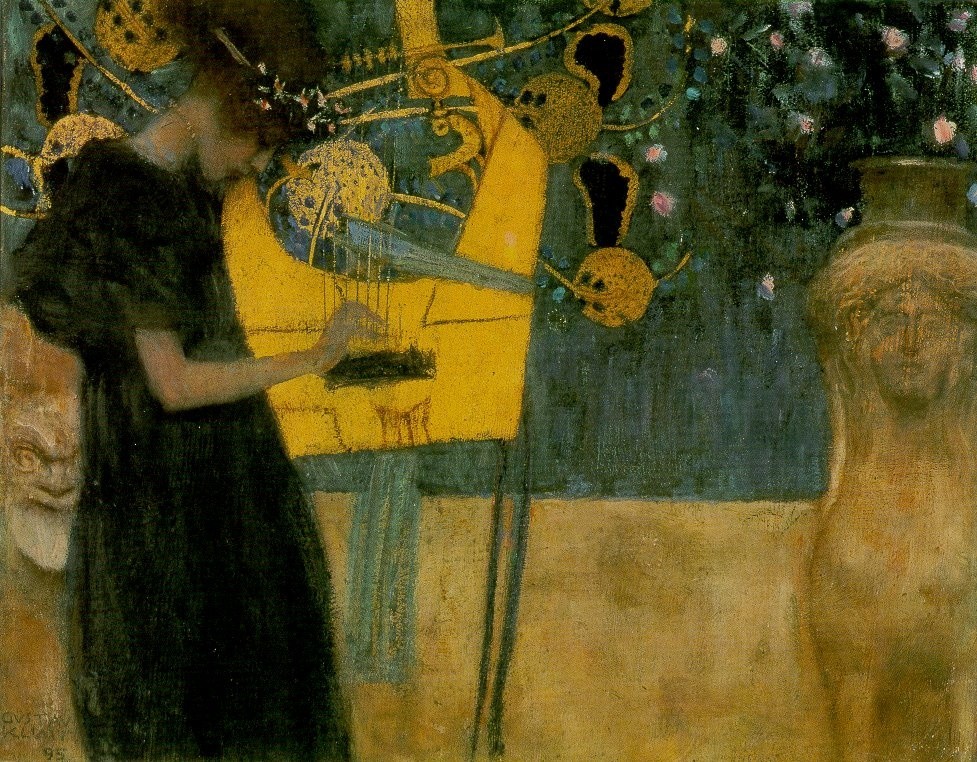 Gustav Klimt and Franz Matsch were commissioned by Nikolaus Dumba a Greek tycoon and patron of the arts, with the decoration of two rooms in the Palais Dumba, Vienna. After the death of Dumba's wife in 1937, the Palais was liquidated and the inventory sold. The draft Music was customized for a painting over the door of the music room.

I drag and solo

in a bitten landscape,

that sound out vowel

CVS in the distance.

I saw this too

every life of my day