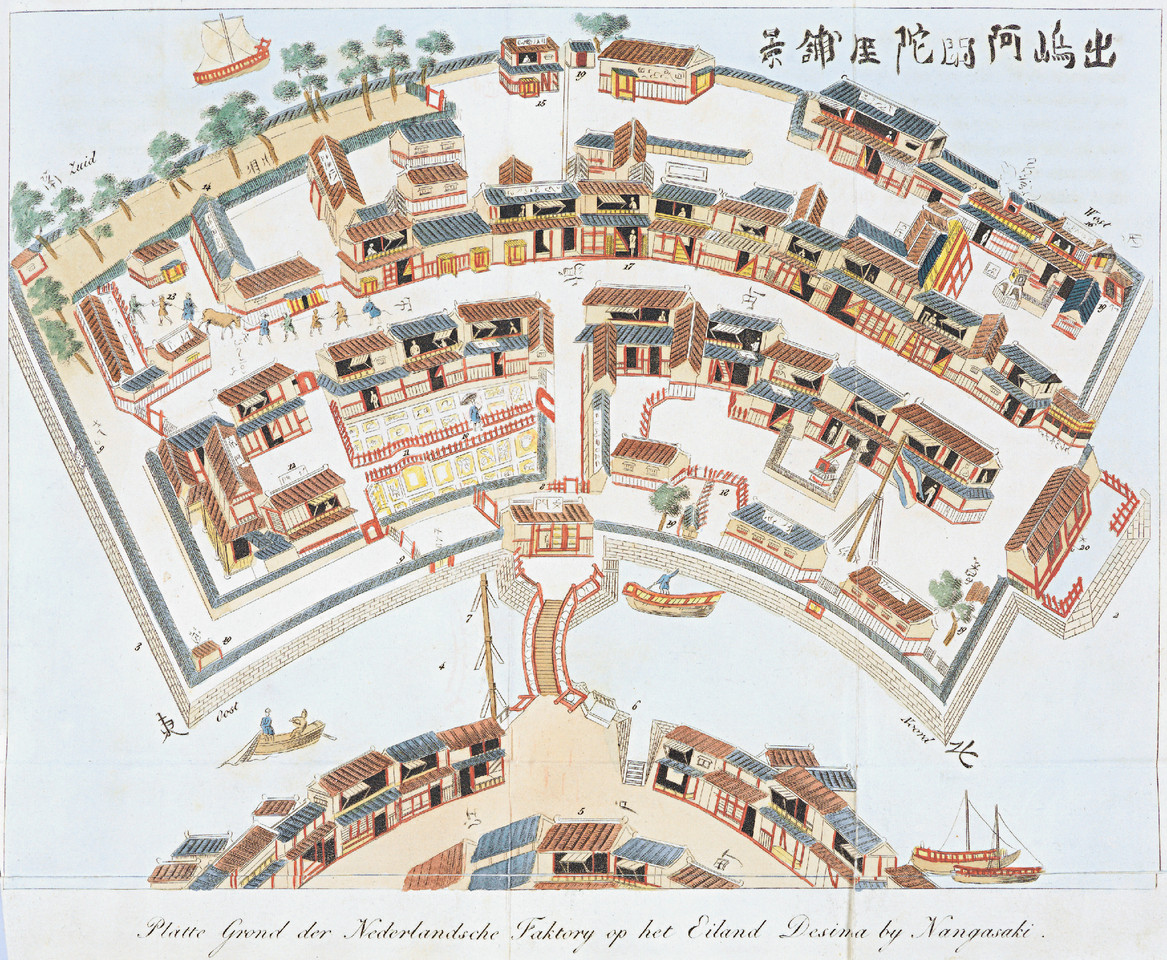 Dejima (Japanese: 出島?, "protruding island"), in old Western documents latinized as 'Decima', 'Desjima', 'Dezima', 'Disma', or 'Disima', was a small fan-shaped artificial island built in the bay of Nagasaki in 1634 by local merchants. This island, which was formed by digging a canal through a small peninsula, remained as the single place of direct trade and exchange between Japan and the outside world during the Edo period. Dejima was built to constrain foreign traders as part of sakoku, the self-imposed isolationist policy. Originally built to house Portuguese traders, it was used by the Dutch as a trading post from 1641 until 1853. Covering an area of 120 m x 75 m (9000 square meters, or 0.9 hectares), it later was integrated into the city.