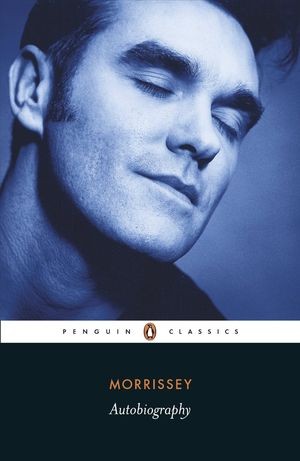 My childhood is streets upon streets upon streets upon streets. Streets to define you and streets to confine you, with no sign of motorway, freeway or highway. Somewhere beyond hides the treat of the countryside, for hour-less days when rains and reins lift, permitting us to be amongst people who live surrounded by space and are irked by our faces. Until then we live in forgotten Victorian knife-plunging Manchester, where everything lies wherever it was left over one hundred years ago. The safe streets are dimly lit, the others not lit at all, but both represent a danger that you’re asking for should you find yourself out there once curtains have closed for tea. Past places of dread, we walk in the center of the road, looking up at the torn wallpapers of browny blacks and purples as the mournful remains of derelict shoulder-to-shoulder houses, their safety now replaced by trepidation. Local kids ransack empty houses, and small and wide-eyed, I join them, balancing across exposed beams and racing into wet black cellars; underground cavities where murder and sex and self-destruction seep from cracks of local stone and shifting brickwork where aborted babies found deathly peace instead of unforgiving life. Half-felled by the local council, houses are then left slowly crumbling and become croft waste ground for children to find new excitements with no lights for miles. Fields are places in books, and books are placed in libraries. We, though, are out here in the now, unchecked and un-governed; Manchester’s Victorian generation having coughed to their deaths after lifetimes of struggle, and these waterlogged alleys have occasional shafts of greeny-yellow grass jutting between flagstones that have cracked under duress like the people who tread them. Here, behind the shells of shabby shops, that foul animal-waste waft from which no one can fail but to cover their mouths as they race past. These back-entries once so dutifully swept and swilled and donkey-stoned to death by the honest poor now have no future, for this now is their future, that moment when time runs out. Like us, these streets are left to their own stark destiny. Birds abstain from song in post-war industrial Manchester, where the 1960s will not swing, and where the locals are the opposite of worldly. More brittle and less courteous than anywhere else on earth, Manchester is the old fire wheezing its last, where we all worry ourselves soulless, forbidden to be romantic. The dark stone of the terraced houses is black with soot, and the house is a metaphor for the soul because beyond the house there is nothing, and there are scant communications to keep track of anyone should they leave it. You bang the door behind you and you may be gone forever, or never seen again, oh untraceable you. The ordinary process of living takes up everyone’s time and energy. The elderly muse in bitter ways and the kids know too much of the truth already. Unfathomably, as we fester, there are casinos and high-living elsewhere; first-class travel and money to burn. Here, no one we know is on the electoral roll, and a journey by car is as unusual as space travel. Prison is an accepted eventuality, and is certain to turn you into a criminal. Penalties assessed, arrears called in, and dodging life’s bullets is known as survival. It is only ever a question of when. In the midst of it all we are finely tailored flesh – good-looking Irish trawling the slums of Moss Side and Hulme, neither place horrific in the 1960s, but both regions dying a natural death of slow decline. The family is large and always admired, the many girls for their neatness and quiet glamor, and always attracting the leisurely stride of local boys. Naturally my birth almost kills my mother, for my head is too big, but soon it is I, and not my mother, on the critical list at Salford’s Pendlebury Hospital. I cannot swallow and I spend months hospitalized, my stomach ripped open, my throat pulled wide, my parents are warned that I am unlikely to survive. Disappearing beneath a mass of criss-crossed blanket stitches, I grip onto the short life that has already throttled me. Once I am discharged from hospital, my sister Jackie, older by two years, is interrupted four times as she attempts to kill me, whether this be rivalry or visionary no one knows.