Departure is an intimate story beginning at dawn on the first day and ending at night on the sixth, charting the end of a summer, the end of a childhood and the end of an otherwise nuclear family.

PUTTING ON THE DISH - A short film in Polari from Brian and Karl on Vimeo.

London, 1962. Two strangers strike up a conversation on a park bench about life, sex and the hostile world they find themselves in as gay men. The conversation might be commonplace, but the language isn't, because the two men are speaking in Polari.

Polari was a form of slang spoken by some gay men in Britain prior to the decriminalisation of homosexuality in 1967. Used primarily as a coded way for them to discuss their experiences, it quickly fell out of use in the 70s, although several words entered mainstream English and are still used today.

"In 6 minutes, Brian and Karl’s new short film Putting on the Dish creates a complete environment of the homosexual under Britain’s anti-homosexuality laws." - Julius Kassendorf, The Solute. http://www.the-solute.com/shorts-putting-on-the-dish/

"A fantastic short...It’s a poignant scene, made all the more so by our knowledge that this exquisite mode of communication will soon only exist in museums and preservation documents like this film." - J. Bryan Lowder, Slate. http://www.slate.com/blogs/outward/2015/07/28/polari_the_gay_dialect_can_be_heard_in_this_great_short_film_putting_on.html

For more about Polari: https://en.wikipedia.org/wiki/Polari
To read the screenplay: http://brianandkarl.tumblr.com/post/122421969778/ 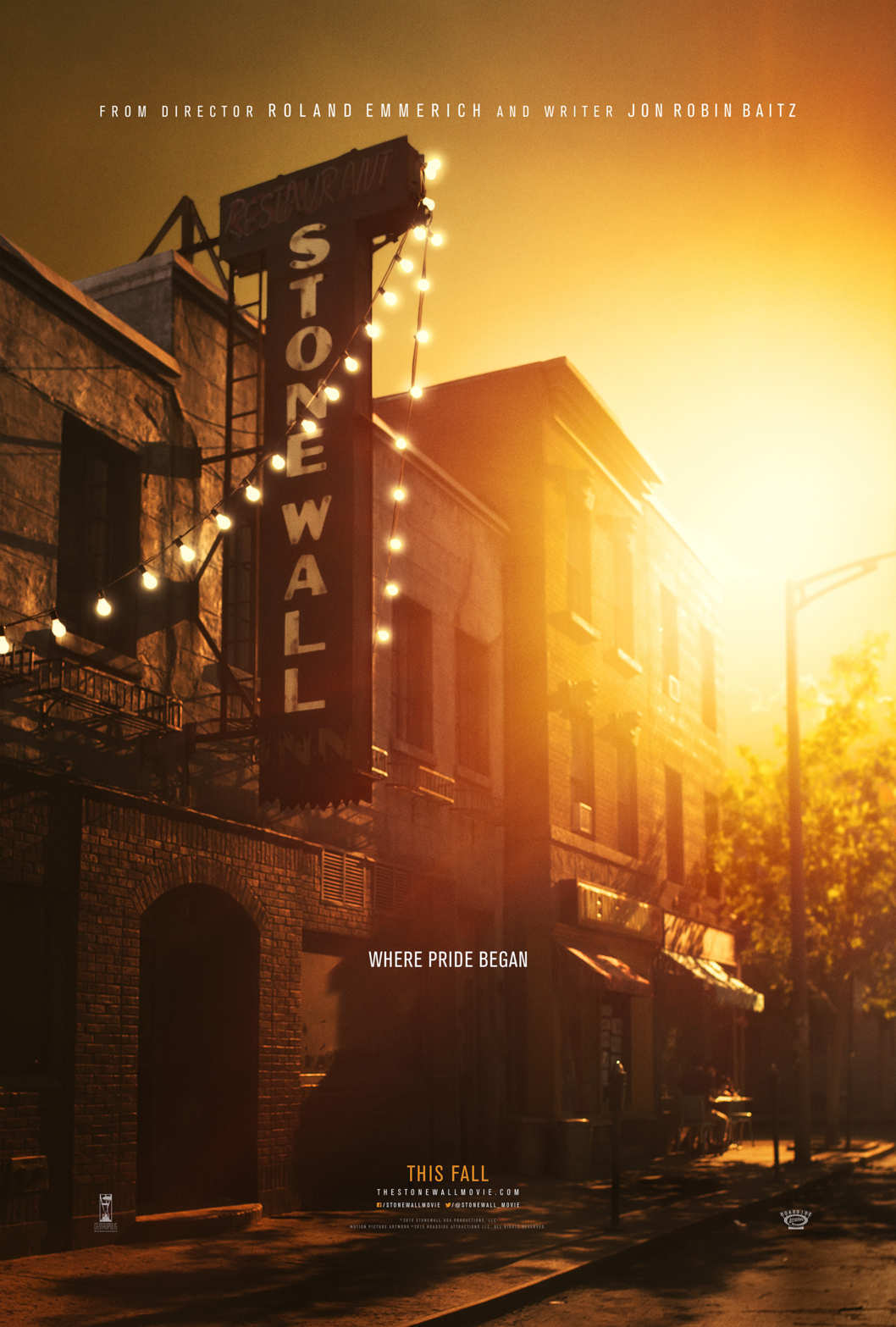 STONEWALL is a drama about a fictional young man caught up during the 1969 Stonewall Riots. Danny Winters (Jeremy Irvine) is forced to leave behind friends and loved ones when he is kicked out of his parent’s home and flees to New York. Alone in Greenwich Village, homeless and destitute, he befriends a group of street kids who soon introduce him to the local watering hole The Stonewall Inn; however, this shady, mafia-run club is far from a safe-haven. As Danny and his friends experience discrimination, endure atrocities and are repeatedly harassed by the police, we see a rage begin to build. This emotion runs through Danny and the entire community of young gays, lesbians and drag queens who populate the Stonewall Inn and erupts in a storm of anger. With the toss of a single brick, a riot ensues and a crusade for equality is born.

"The crowd was now in control of the street."

Here actor Tim Robbins reads from Martin Duberman's account of what became known as the Stonewall Riots, in New York City, on June 28, 1969.

Tim Robbins is introduced by Howard Zinn at the 92nd Street Y celebration of Young People's History on May 13, 2009. Produced by Voices of a People's History (peopleshistory.us) in collaboration with Seven Stories Press. (youngchicagoauthors.org).

Here's what Howard Zinn and Anthony Arnove had to say about Stonewall in their introduction to this reading in their book Voices of a People's History of the United States (Seven Stories Press 2004; see: catalog.sevenstories.com/products/voices-of-a-peoples):

//One of the most important moments of resistance from the 1960s was the Stonewall Rebellion. On the night of June 27–28, 1969, a multiracial group of gays who had gathered at the Stonewall Inn on Christopher Street in New York City’s Greenwich Village resisted when police sought to shut down the bar (allegedly for serving alcohol without a license) and to arrest patrons. They fought back, as the historian Martin Duberman recounts here, and, in doing so, helped spur a new, more militant phase of the struggle for gay liberation.//

Frederick Seidel - Song To The Moon

You’re born that way—or else you’re not.
It’s snowing—or else it’s hot.
It’s like the strangeness, that’s also natural,
When it’s raining on one side of the street.

I’m back to childhood when I see it weirdly
Raining on only one side of the street. I stare
Because it’s rare. How does nature dare!
It’s like the first time you hear Bach. You stop and stare—and hear!

Everybody watches the weather report
On morning TV when everybody’s getting dressed.
You always see something. You never see nothing.
If you don’t like what you’re wearing, change the channel.

But it’s always the same weather, isn’t it,
On every channel, and always changing
With the times? I like that
It wasn’t raining, and then it was, but the sun was shining at least

On one side of the street for homosexuals
In those not-so-long-ago pre-Stonewall days,
Though it was difficult and even dangerous
And they were often unhappy,

However happy they were.
Samuel Barber at the Curtis Institute
In Philadelphia with Menotti and oh my what gifted fun.
I think of the hard-drinking tough-guy GI Bill fags

I knew in Cambridge, Mass., Harvard
Teachers and fiends with a taste for straights, doing their best on weekends
Not to get caught or killed,
And basically brilliant and frightened and thrilled.

You saw hysterical, theatrical, paranoid men,
Given to hissy fits and Carmen Miranda outfits,
Become calm when a shot was fired,
When it came down to taking off the costume and loving someone.

“Song to the Moon” from his opera Rusalka
Is what beauty really is and does.
The water nymph Rusalka, a spirit in a lake,
Broadcasts her sorrow

And longing to the moon
To ask the moon to tell the prince—a mortal man—
That she loves him even if he’s queer,
Which she deeply does, whom she’ll later kill with a kiss.