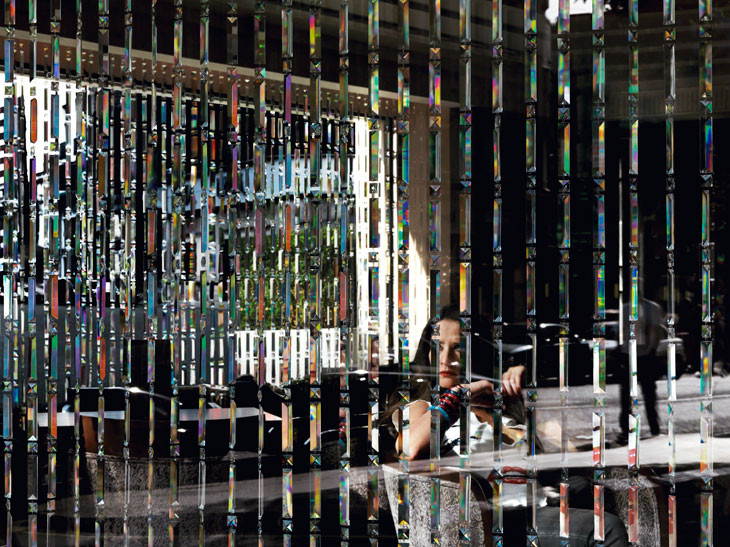 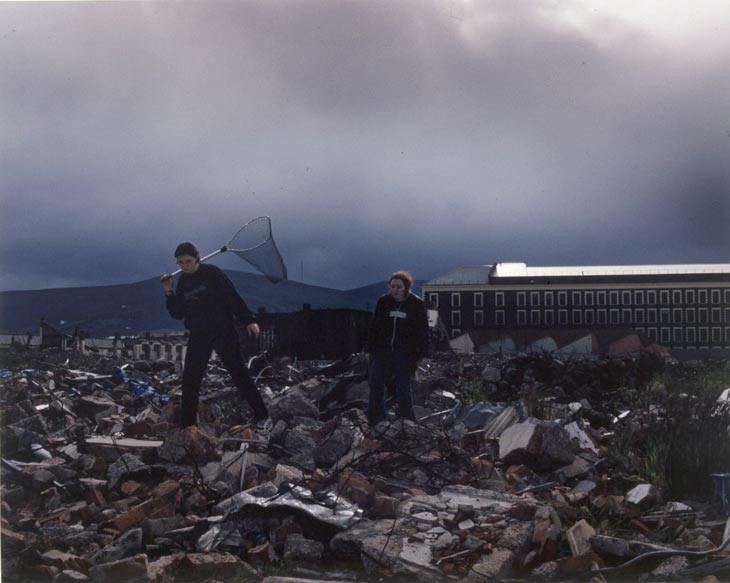 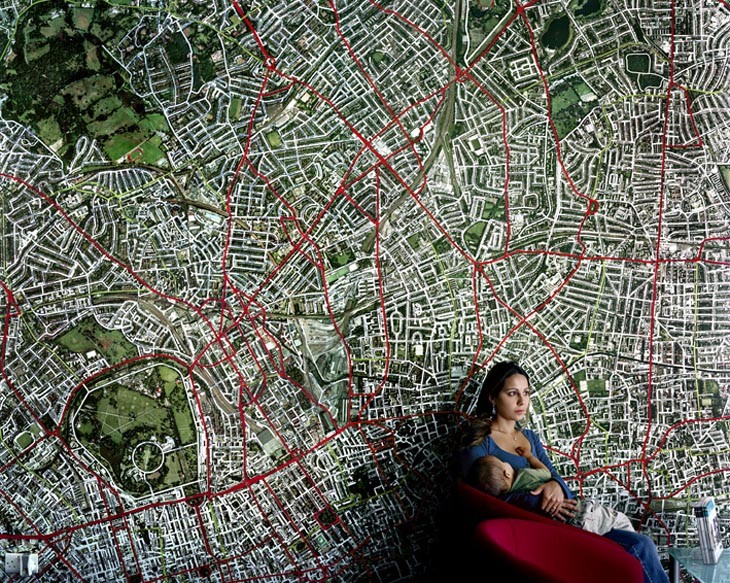 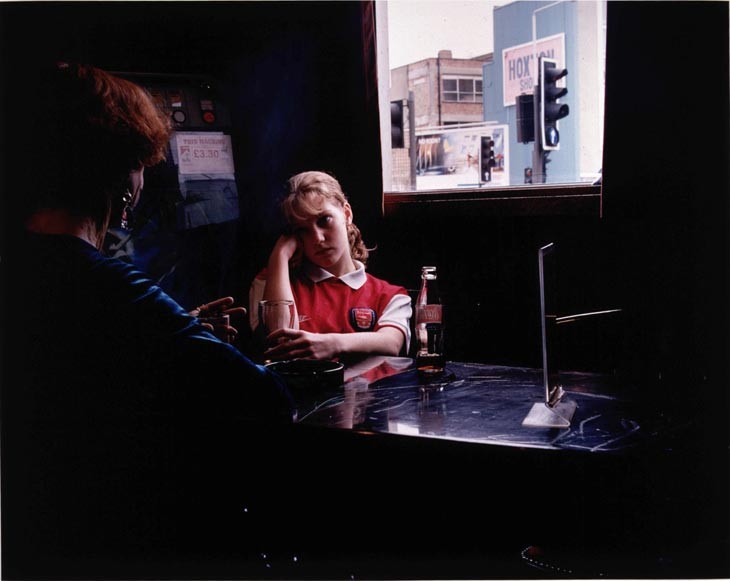 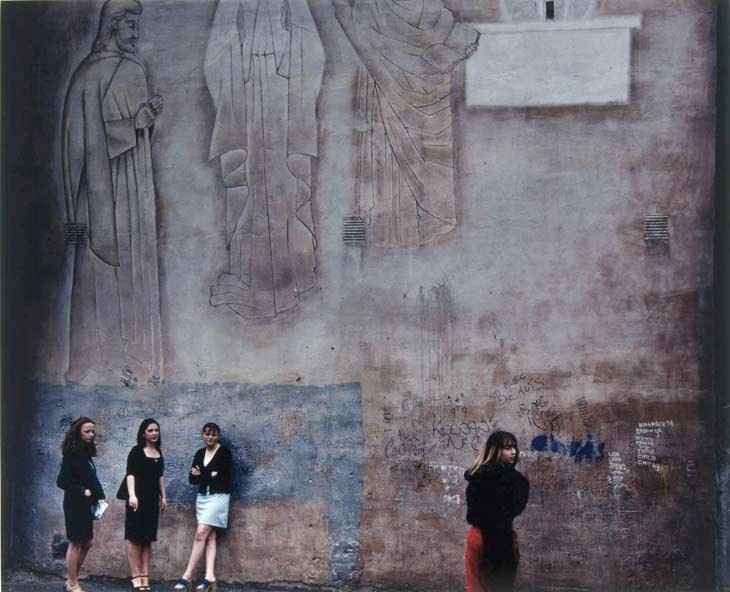 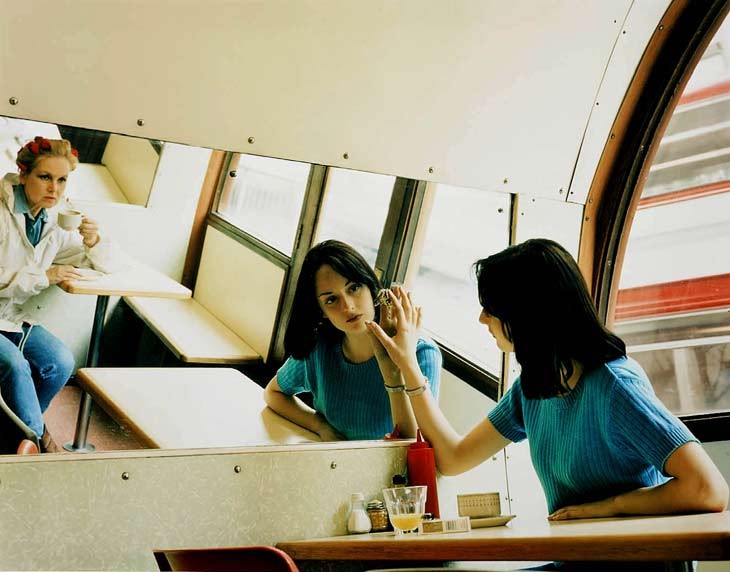 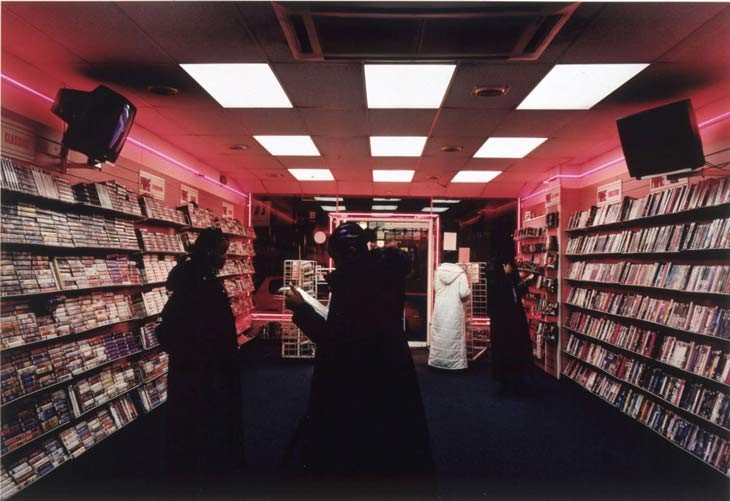 Using actors within carefully considered settings, Hannah Starkey’s photographs reconstruct scenes from everyday life with the concentrated stylisation of film. Starkey’s images picture women engaged in regular routines such as loitering in the street, sitting in cafes, or passively shopping. Starkey captures these generic ‘in between’ moments of daily life with a sense of relational detachment. Her still images operate as discomforting ‘pauses’; where the banality of existence is freeze-framed in crisis point, creating reflective instances of inner contemplation, isolation, and conflicting emotion. Through the staging of her scenes, Starkey’s images evoke suggestive narratives through their appropriation of cultural templates: issues of class, race, gender, and identity are implied through the physical appearance of her models or places. Adopting the devices of filmography, Starkey’s images are intensified with a pervasive voyeuristic intrusion, framing moments of intimacy for unapologetic consumption. Starkey often uses composition to heighten this sense of personal and emotional disconnection, with arrangements of lone figures separated from a group, or segregated with metaphoric physical divides such as tables or mirrors. Often titling her work as Untitled, followed by a generalised date of creation, her photographs parallel the interconnected vagueness of memory, recalling suggestions of events and emotions without fixed location or context. Her work presents a platform where fiction and reality are blurred, illustrating the gap between personal fragility and social construction, and merging the experiences of strangers with our own.