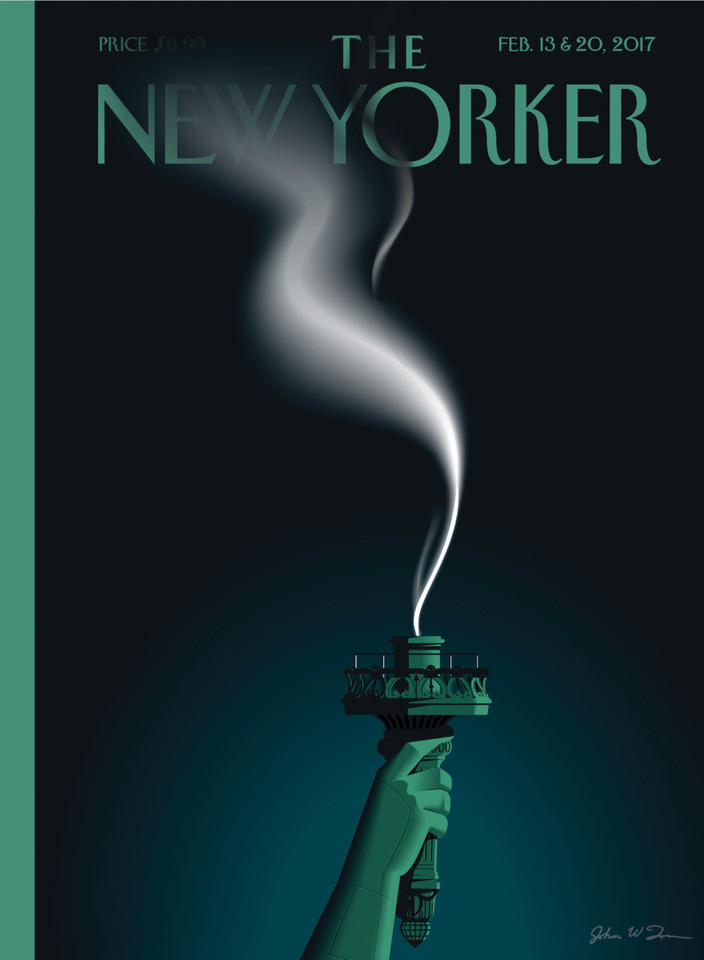 Under more ordinary circumstances, the cover of the issue for February 13 and 20, 2017—our Anniversary Issue, marking ninety-two years—would feature some version of Rea Irvin’s classic image of the monocled dandy Eustace Tilley. This year, as a response to the opening weeks of the Trump Administration, particularly the executive order on immigration, we feature John W. Tomac’s dark, unwelcoming image, “Liberty’s Flameout.” “It used to be that the Statue of Liberty, and her shining torch, was the vision that welcomed new immigrants. And, at the same time, it was the symbol of American values,” Tomac says. “Now it seems that we are turning off the light.”