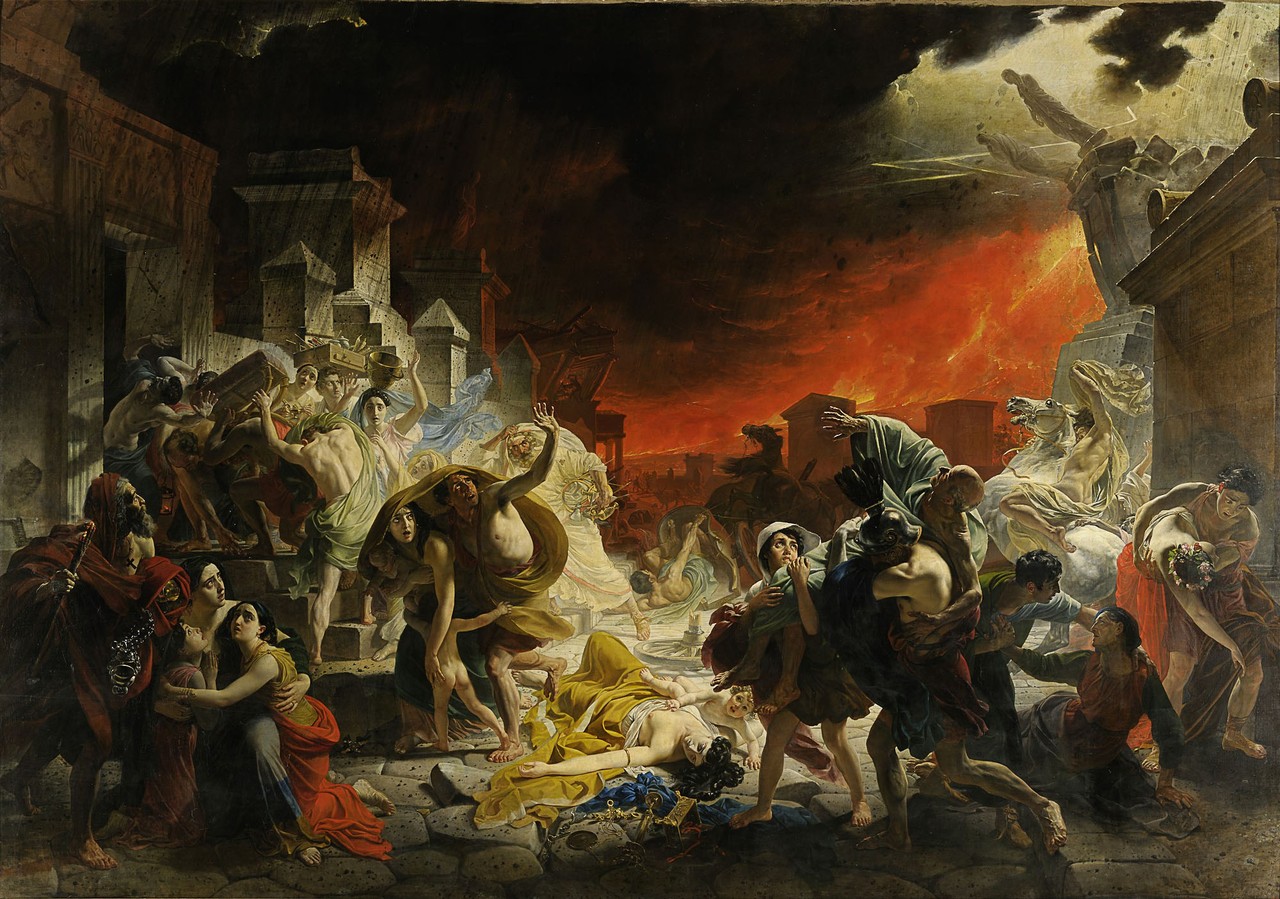 The Last Day of Pompeii is a large canvas painting by Russian artist Karl Bryullov in 1830-33.

Briullov visited Pompeii in 1828 and made sketches depicting the AD 79 Vesuvius eruption. The painting received rapturous reviews at its exhibition in Rome and brought Briullov more acclaim than any other work during his lifetime. The first Russian artwork to cause such an interest abroad, it inspired an anthologic poem by Alexander Pushkin, and the novel The Last Days of Pompeii by Edward Bulwer-Lytton. It depicts a classical topic but exhibits characteristics of Romanticism as manifested in Russian art, including drama, realism tempered with idealism, interest in nature, and a fondness for historical subjects. A self portrait is in the upper left corner of the painting, under the steeple, but not easy to identify.