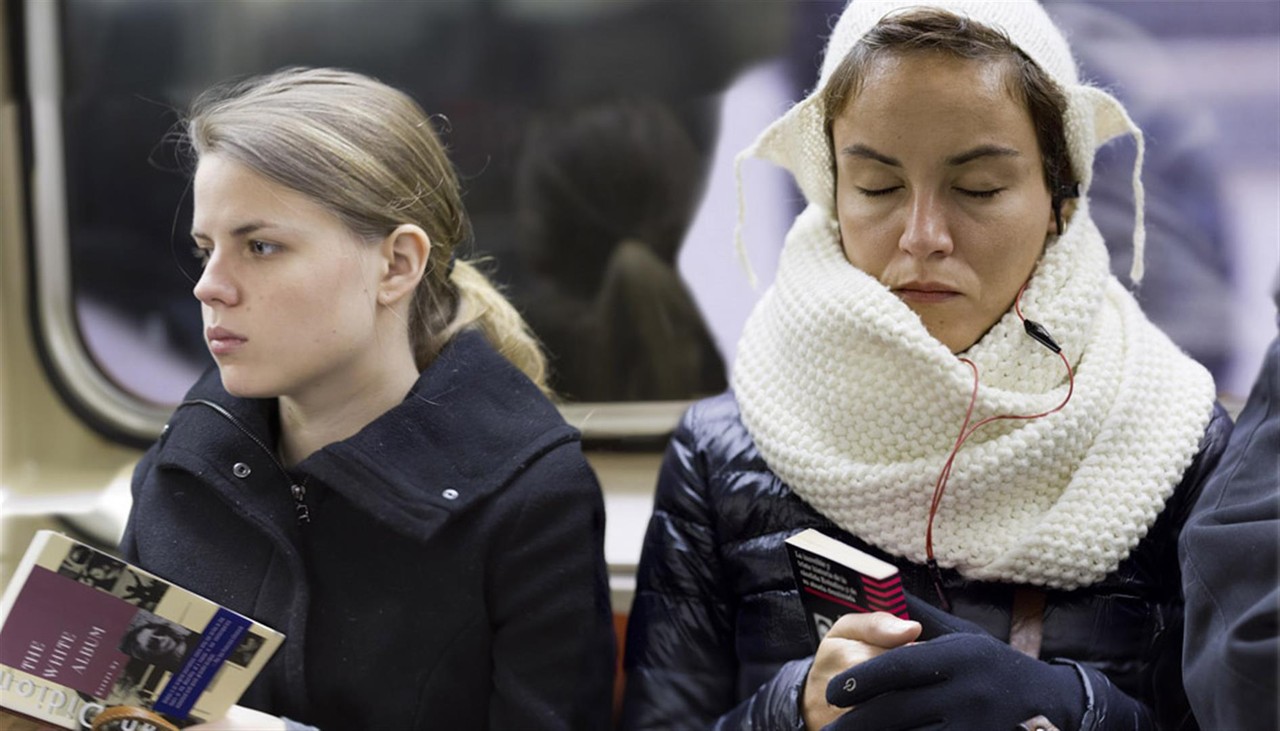 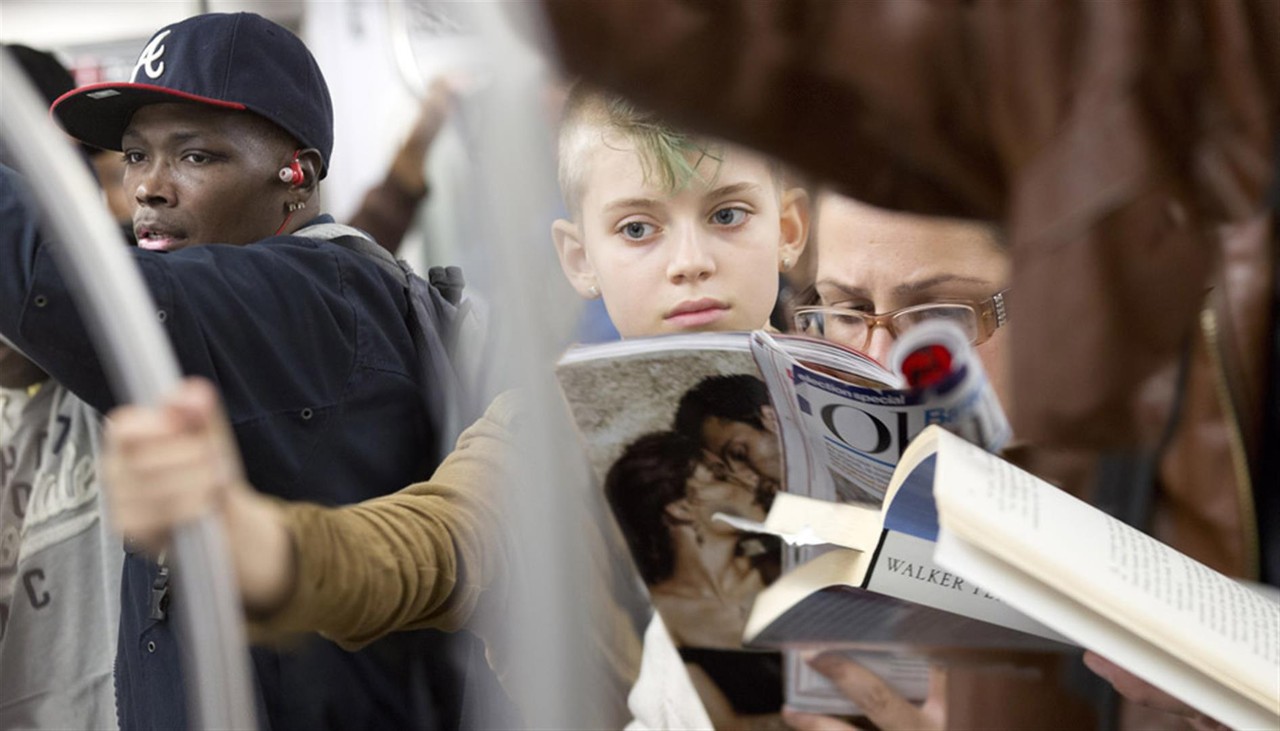 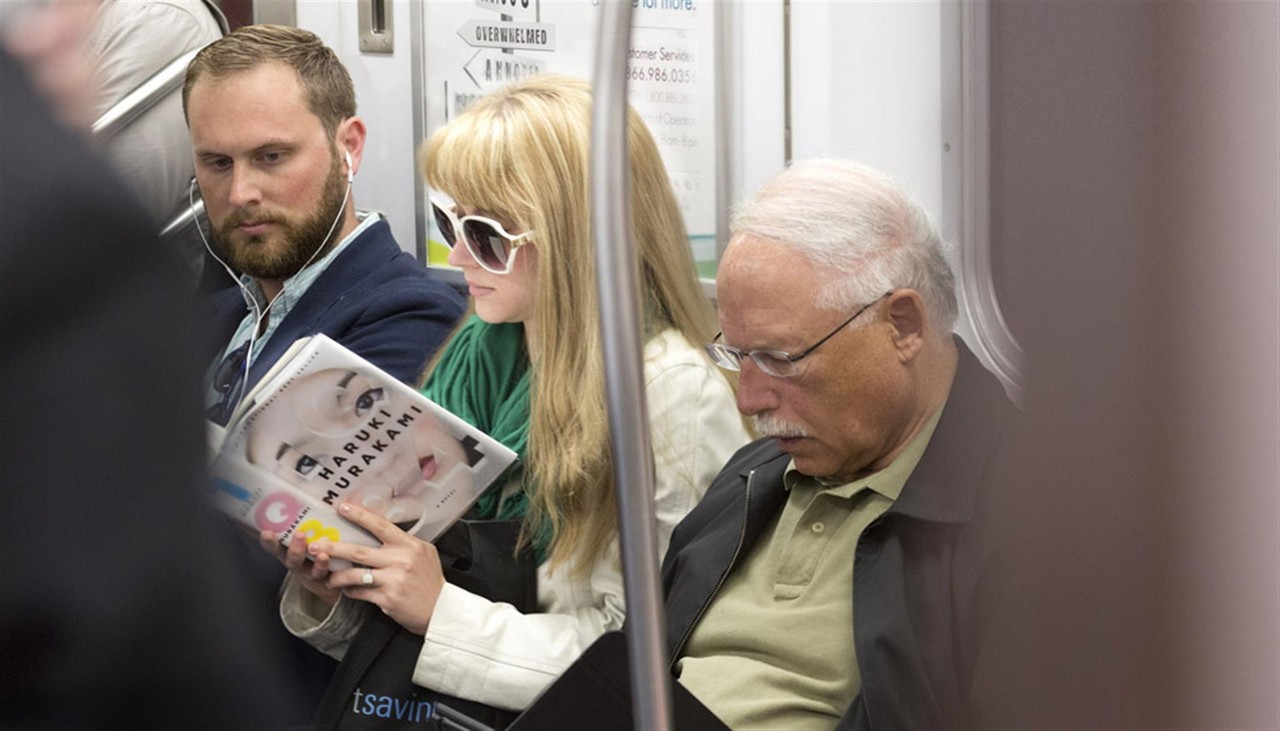 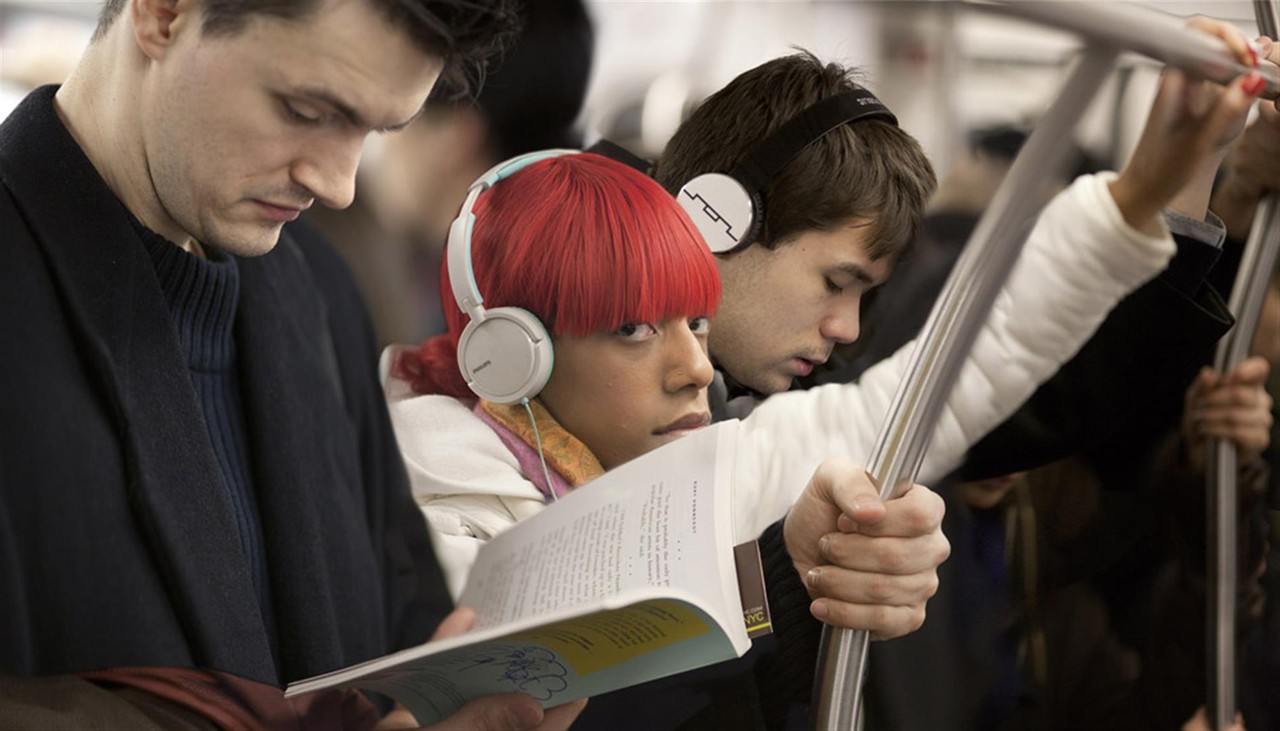 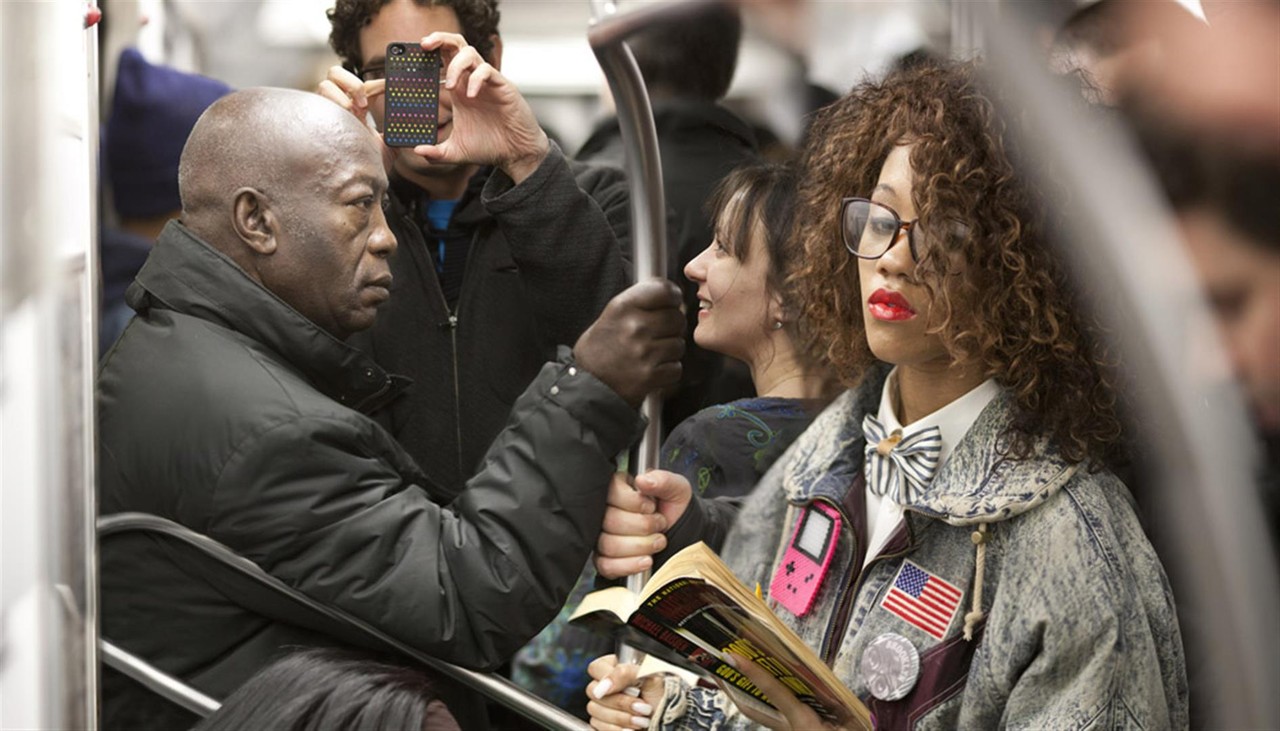 Author and technologist Nicholas Negroponte has declared that printed books are in danger of disappearing; according to his predictions, the last printed book will appear sometime in the spring of 2016. This copy might well make its appearance tucked away in a backpack and taken aboard a subway to read. This is the premise of "The Last Book," the latest body of work by Amsterdam-based photographer Reinier Gerritsen. Gerritsen has taken up the current plethora of books and their readers on New York City's subways as the proverbial canary-in-the-coal-mine, an indicator of the still robust nature of public readership, in the face of its ostensible decline.

The work began for Gerritsen as a series of modest observations, and has turned into a series of unexpected, documentary portraits, set against a visual landscape of bestsellers, classics, romance novels, detective thrillers, Bibles, biographies and other printed books. Gerritsen depicts groups of individuals engrossed in the worlds they hold in their hands. From the subtle interactions of passengers and facial expressions to the sociological clues of book titles, a complexly layered narrative is informed by the choices of readers and the melange of New York City's subway riders as they are transported both literally and figuratively, by the books in their hands.

"The Last Book" also includes an illustrated index and bibliography charting the titles and authors that populate our minds during our daily commutes.