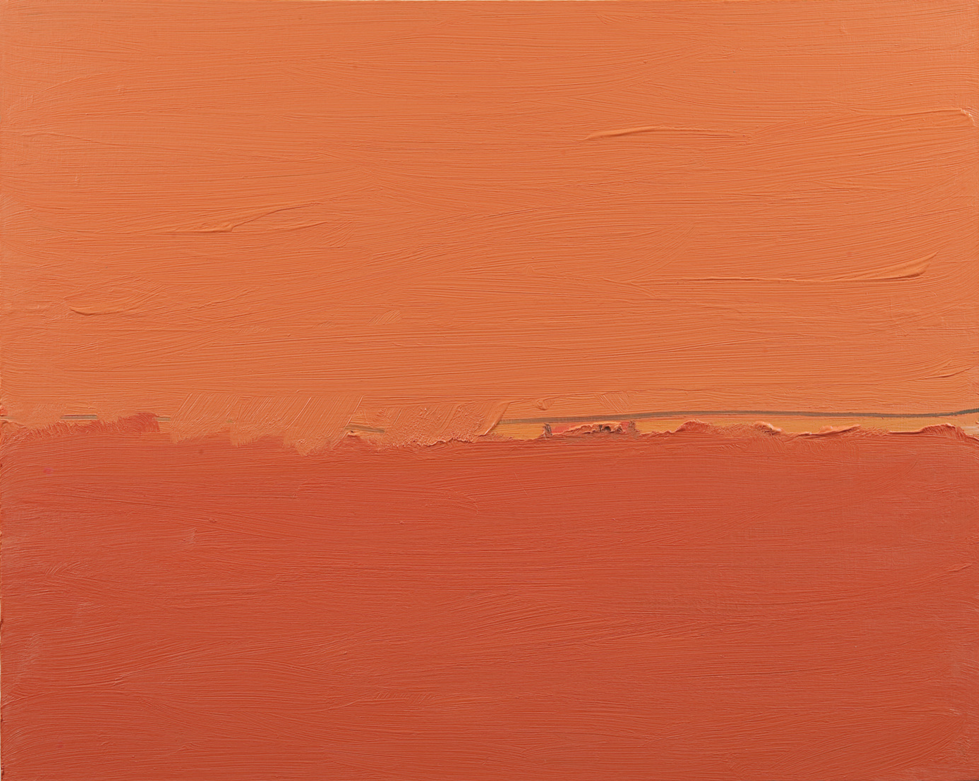 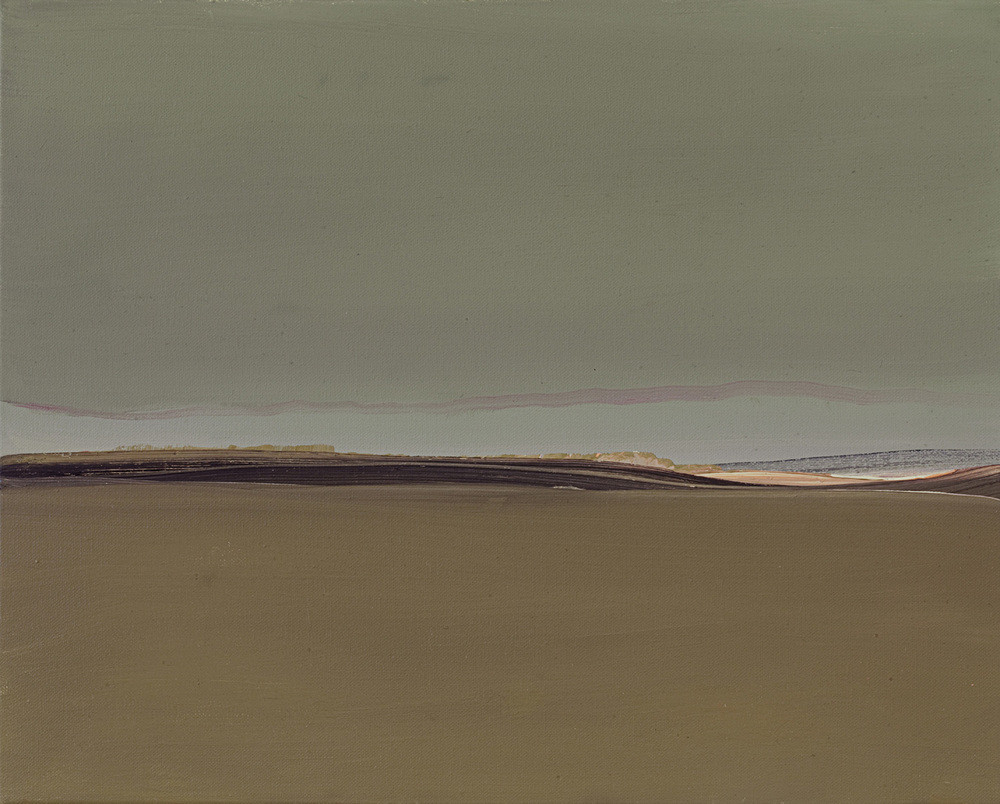 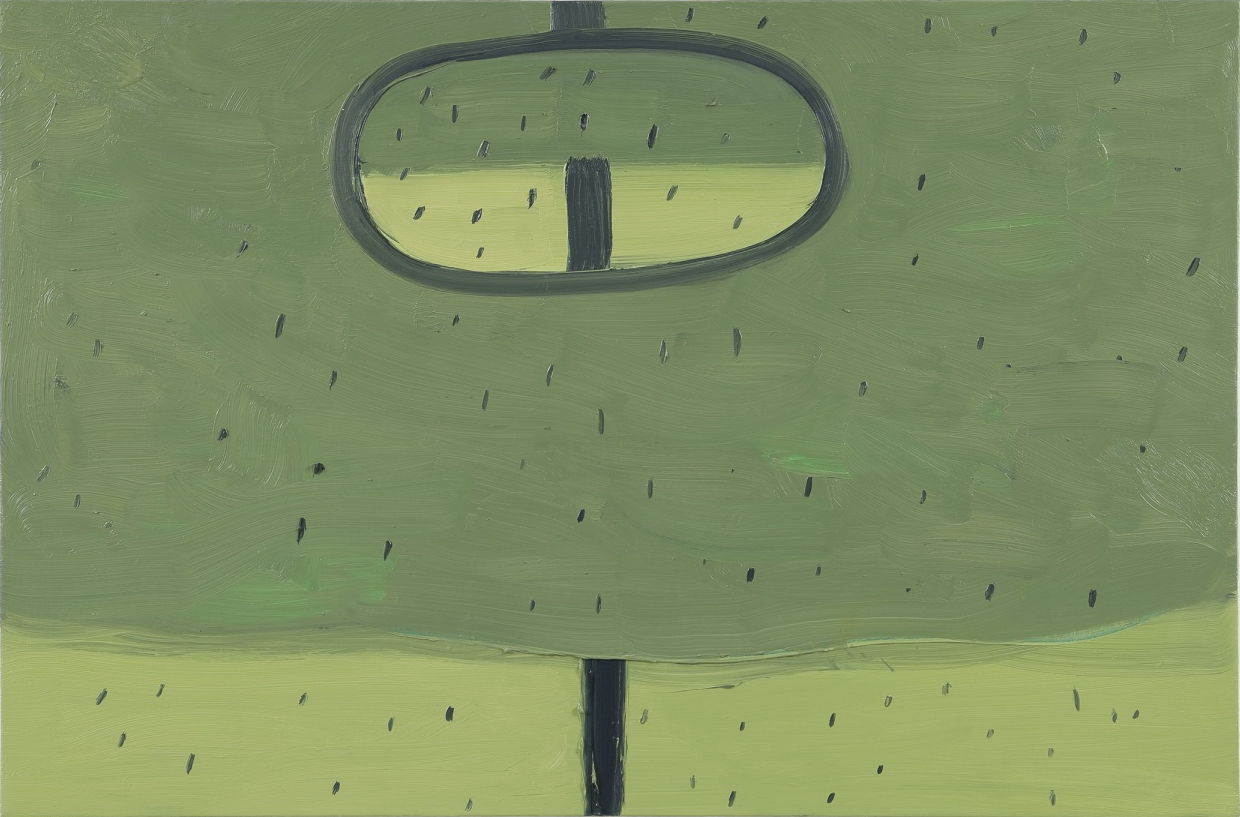 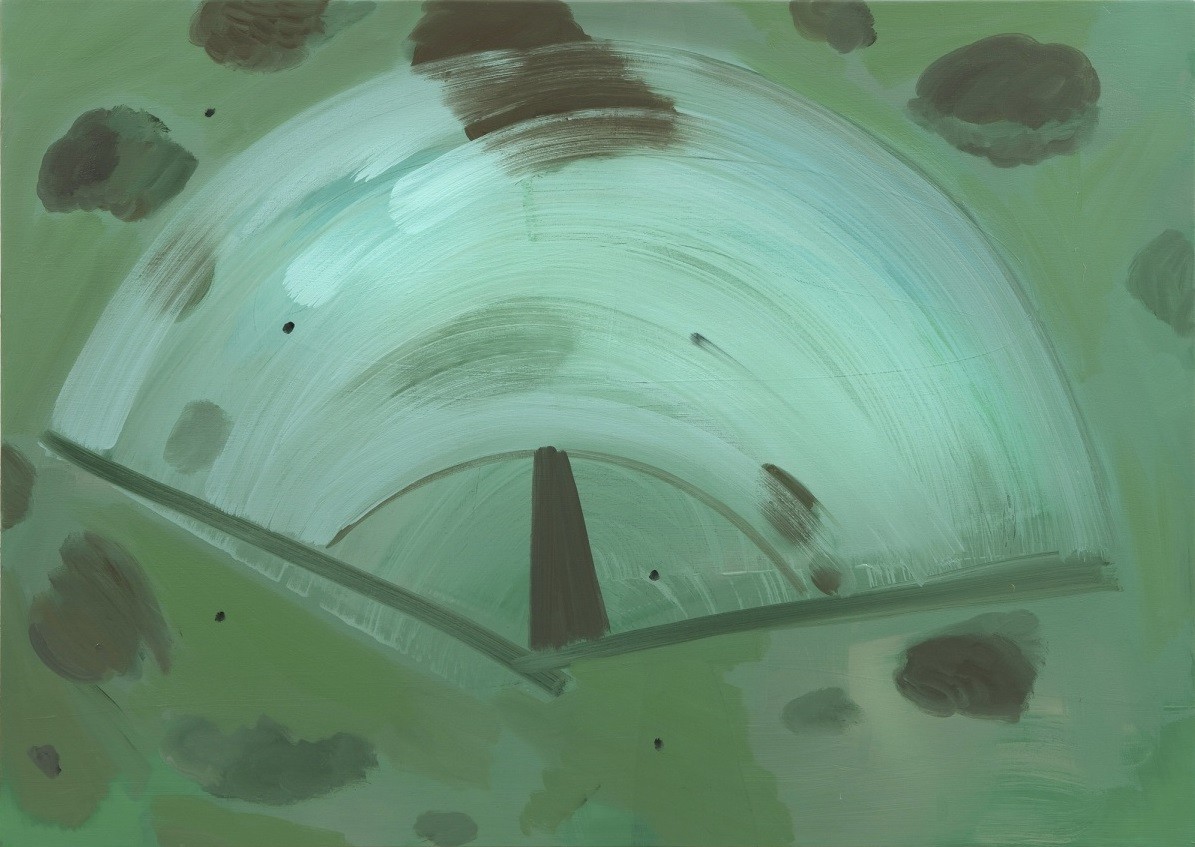 Robert Bordo (born 1949) is a Brooklyn-based Canadian artist known for his quasi-representational paintings that play with the pictorial language of the medium. He is an associate professor at the Cooper Union, School of Art, where he leads the painting program.

THE DRIVE BACK FROM MY STUDIO in upstate New York last winter triggered a road narrative of my experience. I felt like I was affected by the repetition of thoughts that typically occurs on this journey, simplified by what I now call life markers: backs of road signs, long winding descents or narrow climbs, stone walls and road dividers. I’ve memorized many of them, so the drive for me has become one that’s more internal.

It’s probably because I’ve recently been rereading a lot of Beat poetry and novels by Jack Kerouac. But really, displacement has always been a prevalent theme in my life. Even when I was younger, I made work with ideas of travel— old camping maps, globes, air mail envelopes—because I saw painting as an act of rediscovery and exploration, as if the void of modernist abstraction could be reimagined as a wilderness.

Last winter, I had been essentially working in total isolation. I think I had cabin fever, because things became heightened and exaggerated, which is prime for making expressive paintings. I would watch the news on the television, read newspapers and online blogs, all seemingly talking about the same dramatic political polarization in the country. In the language of the conservative media, more specifically, I kept hearing an echo of the strident threats that were around in the 1950s, the conformity and the repression that eventually inspired the beginning of the New York School.

The material practice is the vehicle for this transference, one that must have physical evidence of the painting process (of painting, and repainting) to satisfy until image, content, and surface comply as a record of experience. I draw a lot before starting a painting, creating a whole ensemble of variations of compositions that begin to circle around a metaphor. I don’t have a specific image in mind, but I can have a specific idea. There’s a shift from the balance of abstraction and representation to a correlation between images and allegory.

I’m still struck by the stark differences between Kerouac’s On the Road and a desolate novel by Cormac McCarthy from a few years ago called The Road. Imagine hitchhiking and jumping freight trains across a wealthy postwar America as a hobo on a journey to self-discovery, sustained by the generosity of a subculture providing food and drink, sex, freedom, and the agency of art. Or, on the other hand, crossing postapocalyptic America with your father while fending off unimaginable threats and hunger, scrounging for existence in the debris of a fallen consumerist society. I keep coming back to this idea of reenactment, digging around in the material of painting to unearth an existential landscape made of dirt, hills, and roads, perhaps even a rearview mirror, so space and time can go forward and backward, creating a kind of twilight-zone hysteria and an escape narrative.