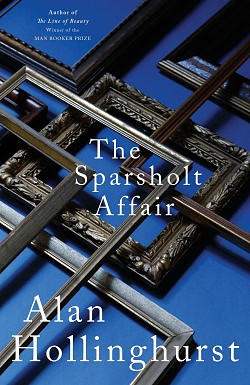 From "The Sparsholt Affair" by Alan Hollinghurst (this particular paragraph is set in 1974, when there were blackouts as part of the three-day week):

"All these weeks, the old stove in the workshop was kept drowsily going, with its small scratchy whispers, now and then, of combustion and collapse, and when the power went off it was Johnny’s job to open the air vent, rattle out the cinders, hook up the cast-iron disc of the lid and slide in another helping of coke from the hod. Cyril lit the kerosene lamp, replaced its glass chimney and turned the little wheel to bring up the flame. Once his eyes had adjusted Johnny liked the lamp’s heavy brilliance, renewed, at an angle, in the sloping glass roof above, where he looked up from time to time and watched their upside-down movements. They seemed to twitch and sidle, like creatures in an experiment, according to their own laws and needs, which careful study might explain. The whole crisis was a nuisance and potentially a disaster, but it had these accidental beauties, winter evenings out of the past. There was something banal in the first startled seconds when the radio spoke and the strip light blinked back into life."