September 16, 2020 | Suraya Mohamed -- Look to the left of Nubya Garcia's Tiny Desk (home) concert and you'll see a hanging plant swaying right above the keys. It never stops moving during the next 23 minutes, and it's for a bizarre reason. Garcia's (home) concert took place on a boat — a first in Tiny Desk history — because she was in between homes. Before the pandemic hit, the London-born jazz saxophonist and composer was booked for an extensive global tour that started in February 2020, and it was expected to continue through the end of the year. Because she was only going to be in London for a very short time, she gave up her flat, planning to stay with family and friends for short breaks. It seemed like a good idea until March, when COVID-19 shut down most of the world and the tour, too.

Garcia and her band are at Soup Studio, a recording facility built on a decommissioned floating lighthouse moored on the River Thames. It's also where Garcia recorded her excellent new album, SOURCE. This set features three songs from the record; the title track starts it off with a reggae, dub vibe. Garcia skillfully uses the entire range of her tenor saxophone, hitting convincing low and high notes with ease and resolve. Throughout the set, her tone is gorgeous, her musical intuition perfect. She projects rich and full melodic lines with refined solos that leave just enough space to take in the expressive sincerity of the music. There are no lyrics but her music conveys a message of staying grounded, being present in the moment and appreciating the comforts and feelings of what it means to be home.

Sept. 14, 2018 | Colin Marshall -- During his setup, GoGo Penguin's pianist Chris Illingworth asked if he could remove our piano cover to "access the inside" and, after a few rotations of a screwdriver, he soon handed me a long plank of black painted maple, which has no convenient place to rest in the NPR Music office. If you look closely at the piano innards during "Bardo," you can see a strip of black tape stretched over a few strings, opposite Illingworth's bobbing head. It mutes a group of strings, turning them into percussive jabs and dividing the instrument into more explicit rhythmic and melodic sections. What you can't see: GoGo Penguin's audio engineer a few feet to the left of frame, dialing-in reverb effects on the piano, which we heard in the room. These two elements, in tandem with bassist Nick Blacka's precise canvasing and drummer Rob Turner's charged and delicate pulse, have heavily contributed to the sonic identity of this trio - a signal to jazz jukebox listeners that, "Ah yes, that's a GoGo Penguin tune."

GoGo Penguin models closely the leaderless jazz power trio set in motion by forbearers in The Bad Plus, but you can also hear the drippings of electronica groups like Bonobo, and drum-and-bass foundations akin to Roni Size with a bit more acoustic rattle (Turner even fashions his own prepared drum accessories from rope, duct tape, and metal rings, which you can see resting atop his ride cymbal and snare. He tells me he usually has more, but he hasn't made new ones in a while).

But dissecting this music belabors what's certain: this trio has become a reference point of their own for new school instrumentalists, a coveted achievement for any jazz group, though their appeal stretches far outside the jazz ecosystem. In fact, in 2018 alone, the band played some of the world's most notable pop festivals like Bonnaroo and Outside Lands and top-tier international jazz festivals: Montreal and North Sea. This trio found a way to wedge themselves in the middle of the Venn diagram that overlaps musicians and music heads. Among my colleagues at NPR, I witnessed expressions ranging from studious squints to closed-eye meditation, those in the room experiencing GoGo Penguin's tunes like they would a collage: the fine details as valuable as the larger shape. 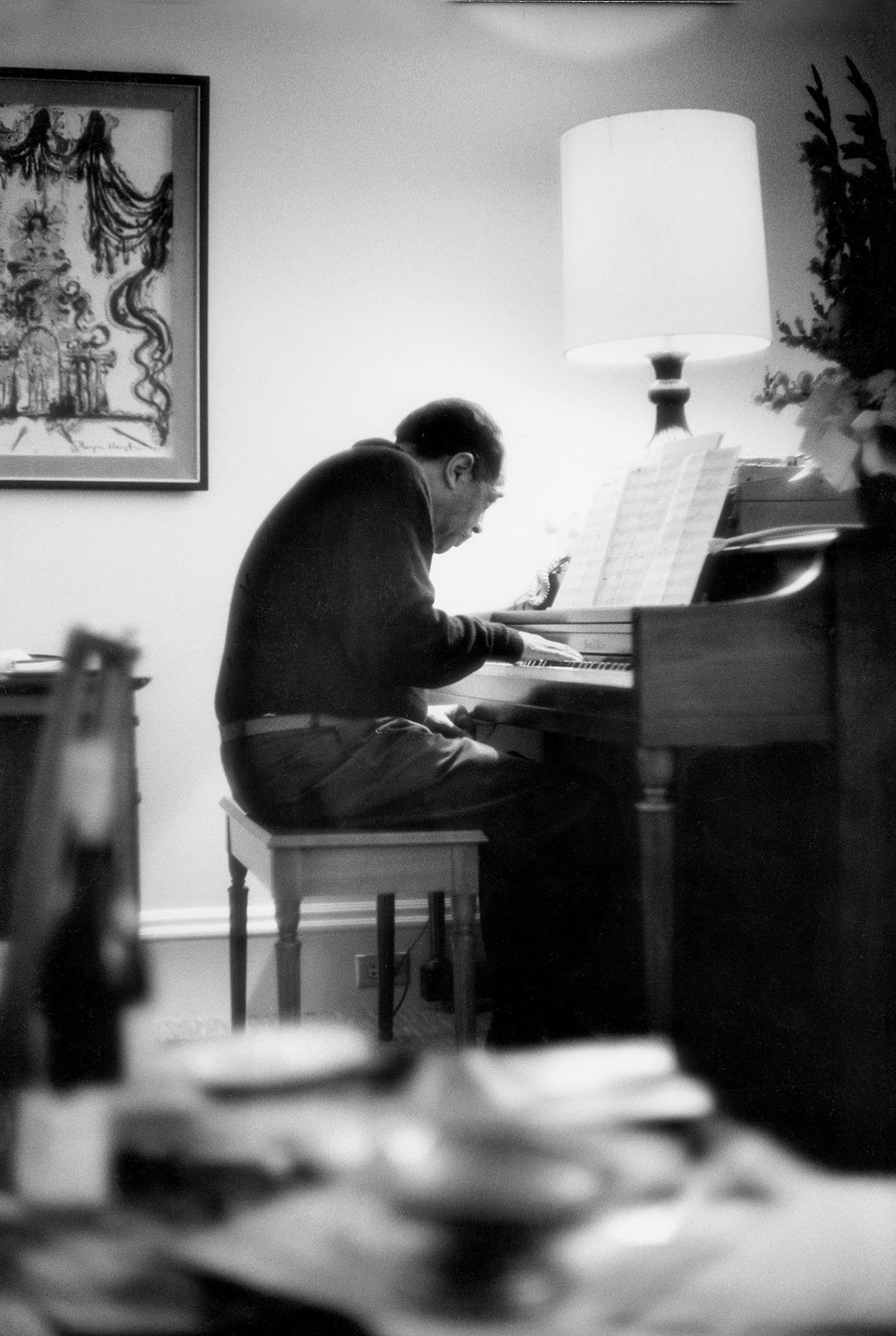 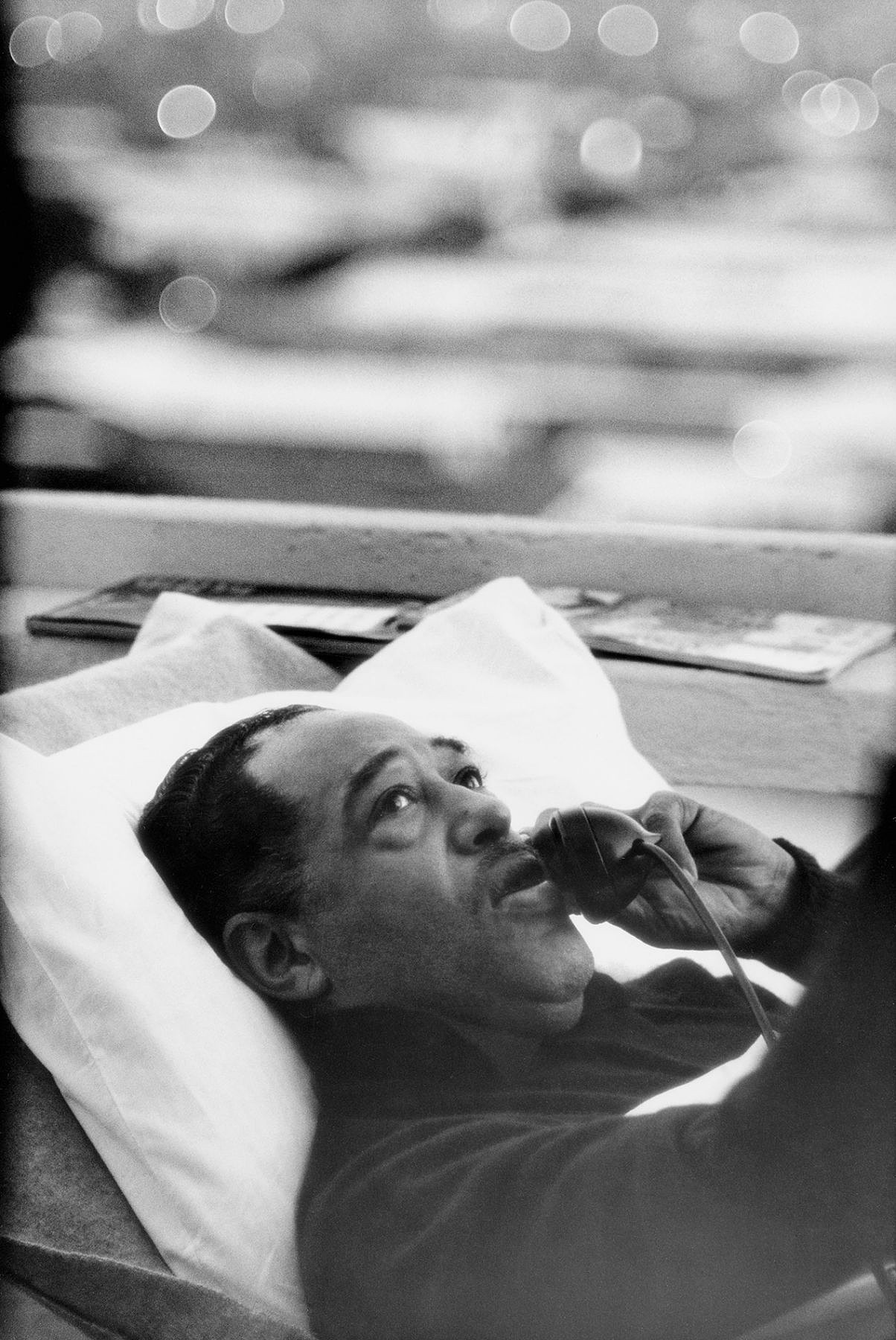 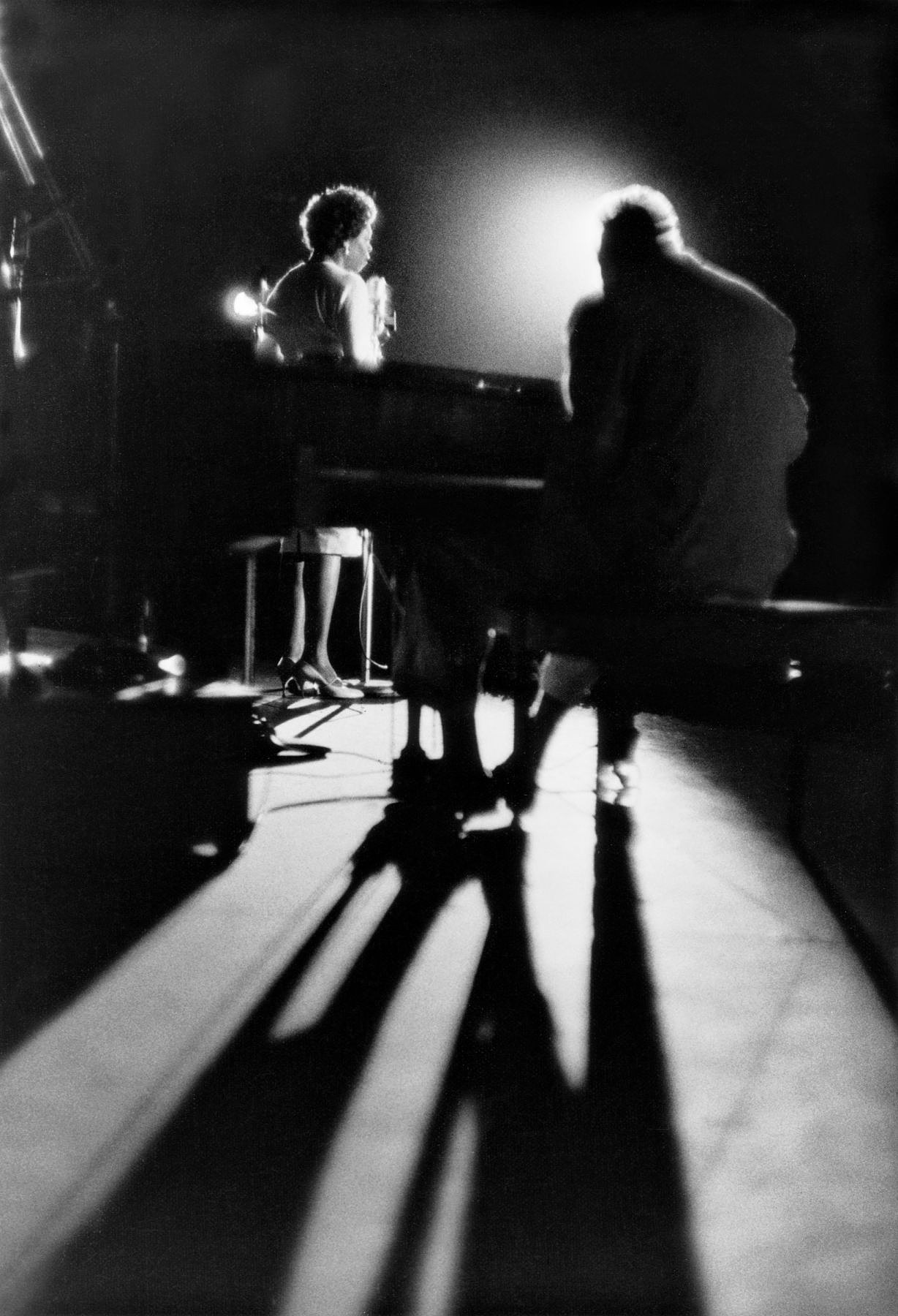 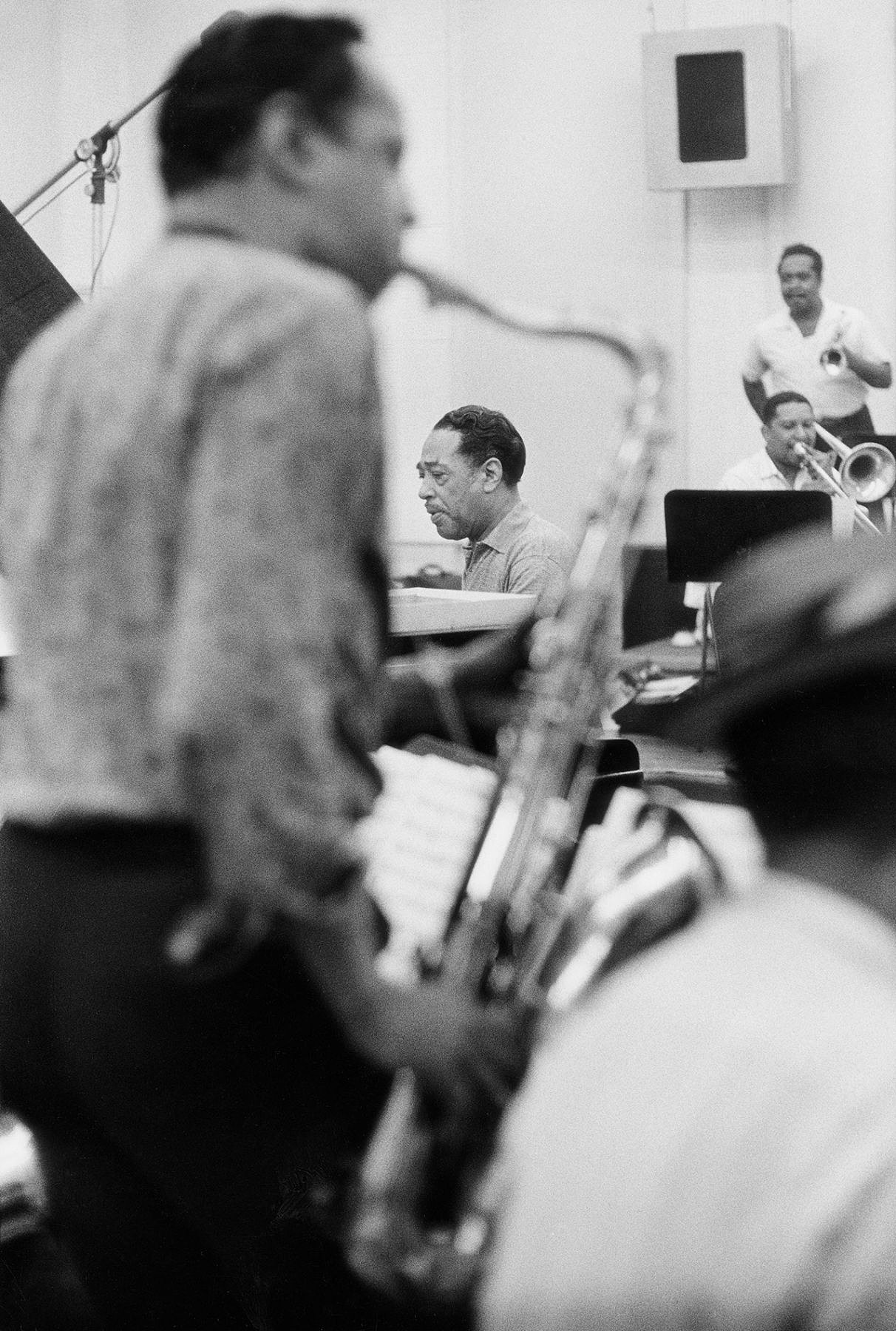 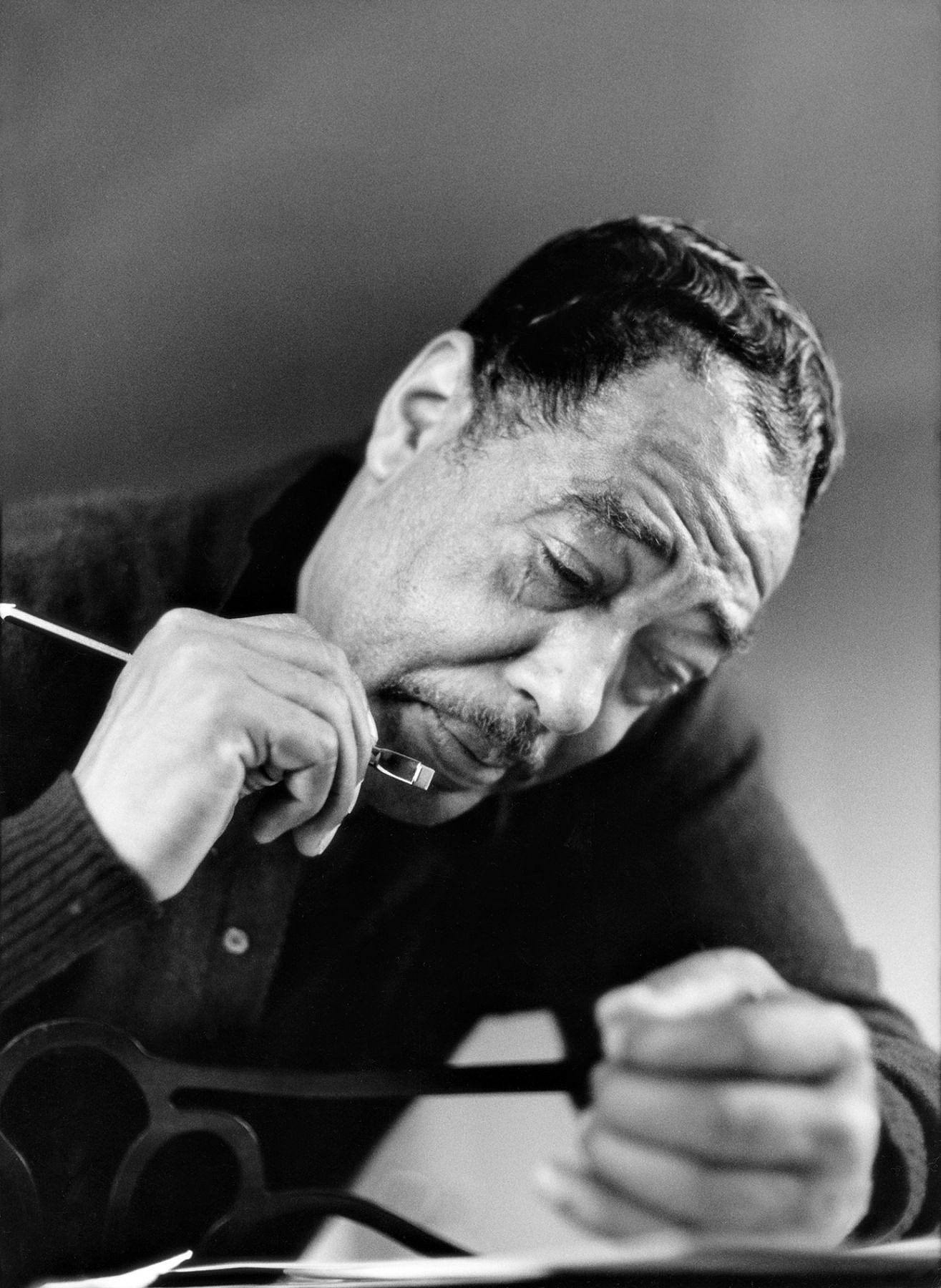 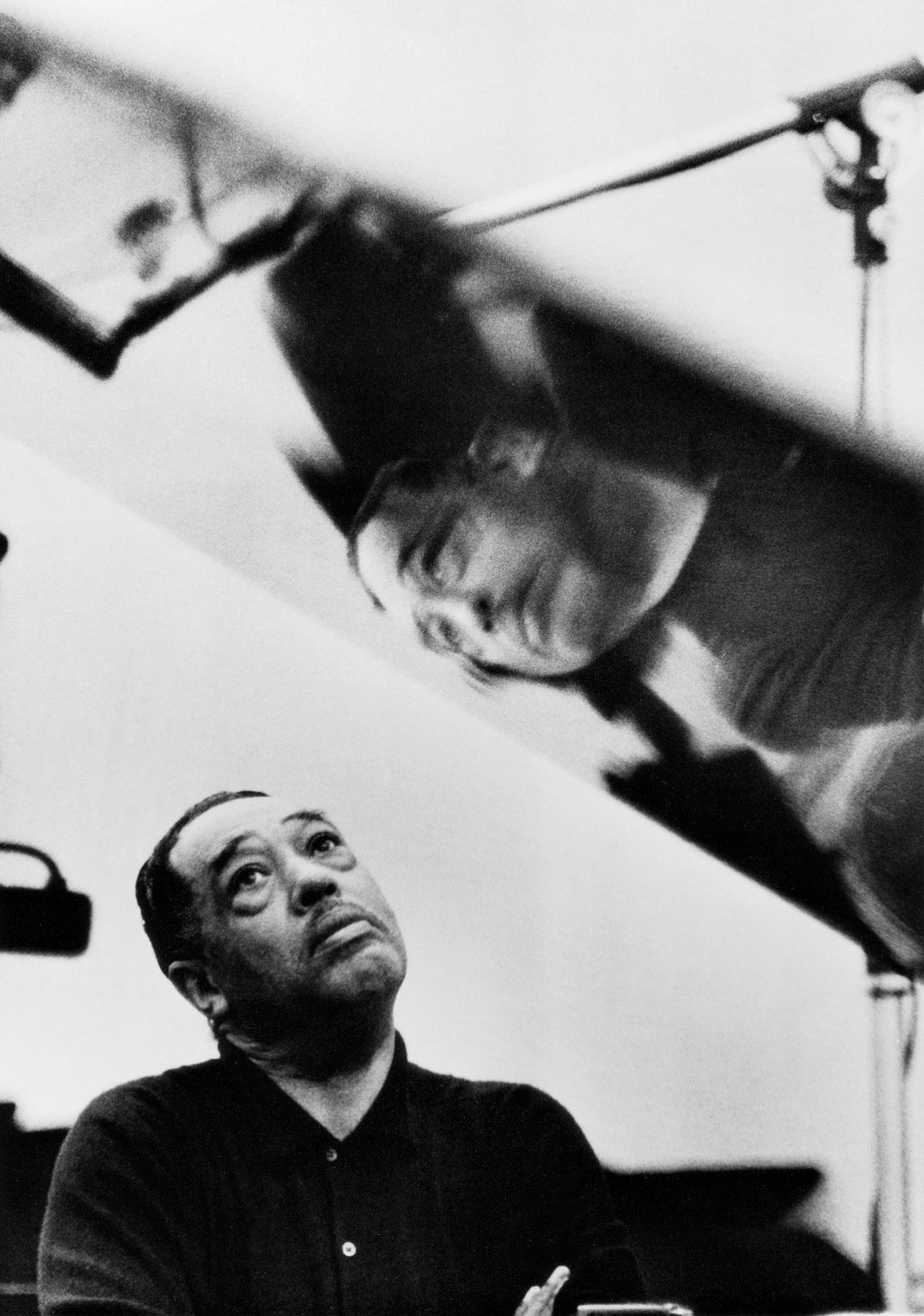 Gordon Parks was seventeen when, in 1929, he ﬁrst met Edward Kennedy “Duke” Ellington in the back of the Orpheum Theatre in Minneapolis. A veteran of Harlem’s famed Cotton Club, Ellington was widely recognized as one of the jazz world’s leading ﬁgures—and he was in the process of effectively reinventing the genre by blending big-band orchestral arrangements with solo improvisation. By contrast, Parks was living on the streets, playing piano in ﬂophouses, hanging around nightclubs and pool halls, and skipping school. He was enthralled by Ellington’s style, grace, and musical genius.

Ellington became a hero for the young man. Decades later, in 1960, Parks was overjoyed by the opportunity to tour with Ellington’s band, calling it “a trip through paradise” (To Smile in Autumn, 1979). By then, Ellington was the foremost big-band leader, having recorded with John Coltrane, Charles Mingus, and Max Roach. In his photographs, Parks revealed his admiration for the musician’s pensive elegance, magnetic personality, and exceptional stage presence.

Stevie Wonder is one of the most widely celebrated artists in history. His music is infectious, melodic, and thoughtfully inspired by the jazz musicians who came before him. In his legendary song "Sir Duke," Stevie paid homage to the late Duke Ellington and his other predecessors.

Jacob Collier is a rising star in his own right and is Stevie Wonder's self-proclaimed greatest fan. Here, he breaks down the jazz influences and syncopations Stevie uses to create the magic that is "Sir Duke."