What did I just watch?

Death Stranding is an upcoming action game developed by Kojima Productions and published by Sony Interactive Entertainmentfor PlayStation 4. It is the first game from director Hideo Kojima and his reformed development studio after their disbandment from Konami in 2015. The game was announced at E3 2016 and is set to be released on November 8, 2019.

Come play fearlessly in our world. In our world, we never fear monsters. Here, we are fearless. Here, we play.

Watch the gameplay reveal trailer for The Last of Us Part II from E3 2018.

From legendary game creator Hideo Kojima comes an all new, genre defining experience for the PlayStation®4. Besieged by death's tide at every turn, Sam Bridges must brave a world utterly transformed by the Death Stranding. Carrying the stranded remnants of the future in his hands, Sam embarks on a journey to reunite the shattered world one step at a time. What is the mystery of the Death Stranding? What will Sam discover on the road ahead? A genre defining gameplay experience holds these answers and more. Starring Norman Reedus, Mads Mikkelsen, Léa Seydoux and Lindsay Wagner

Marvel’s Spider-Man features your favorite web-slinger in a story unlike any before it. Now a seasoned Super Hero, Peter Parker has been busy keeping crime off the streets as Spider-Man. Just as he’s ready to focus on life as Peter, a new villain threatens New York City. Faced with overwhelming odds and higher stakes, Spider-Man must rise up and be greater.

Sea of Solitude is an upcoming third-person exploration game from Jo-Mei Games. Join Kay as she navigates the waters of heartache, empathy, and hope. 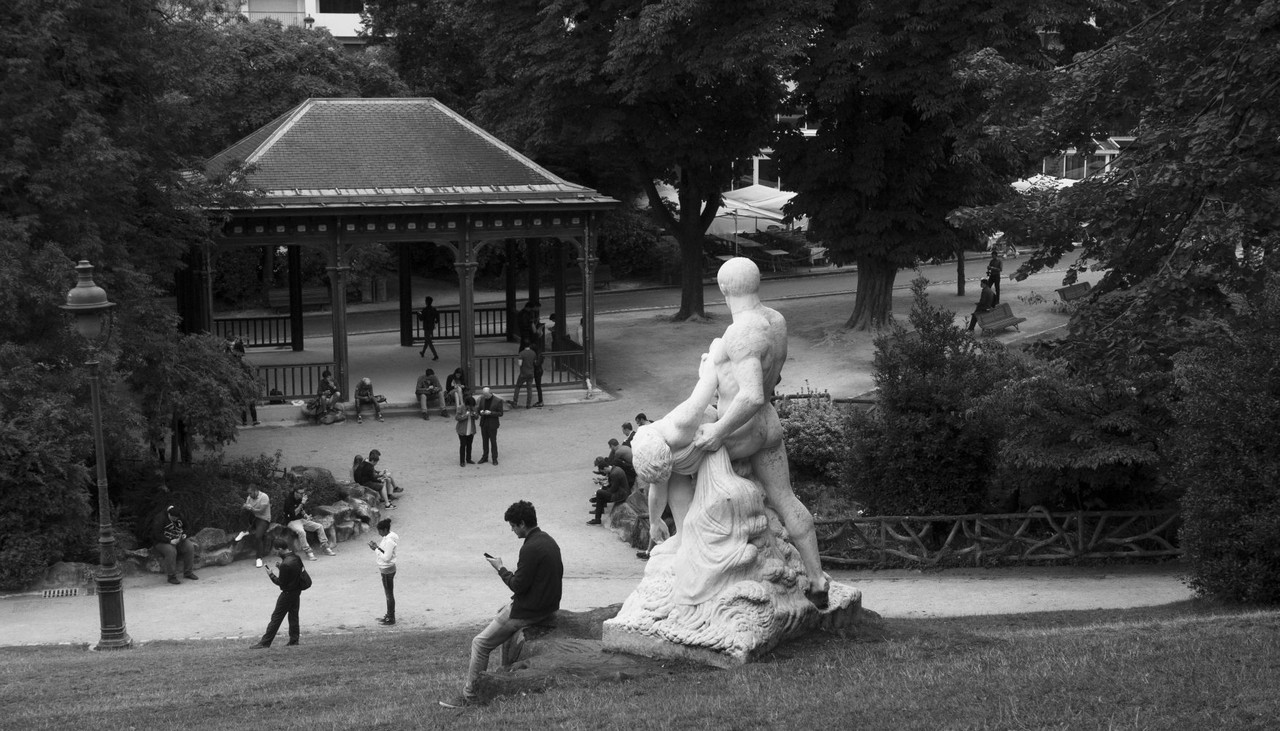 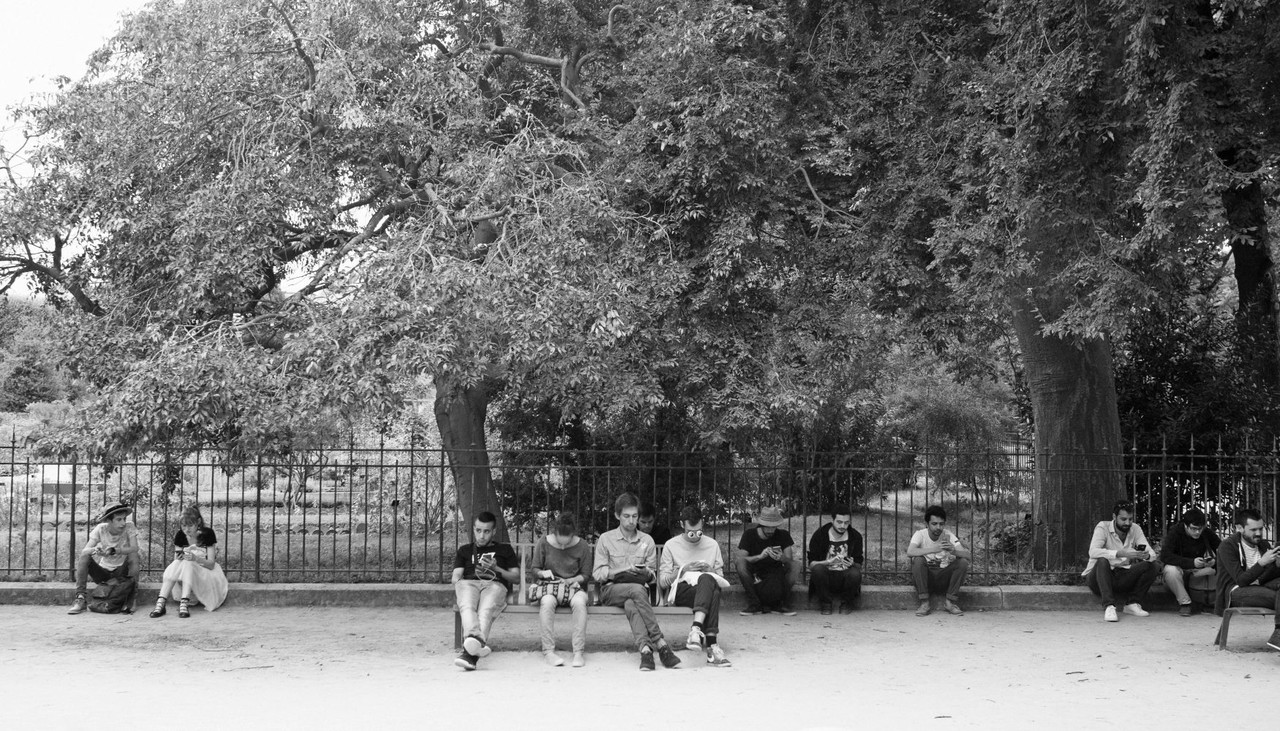 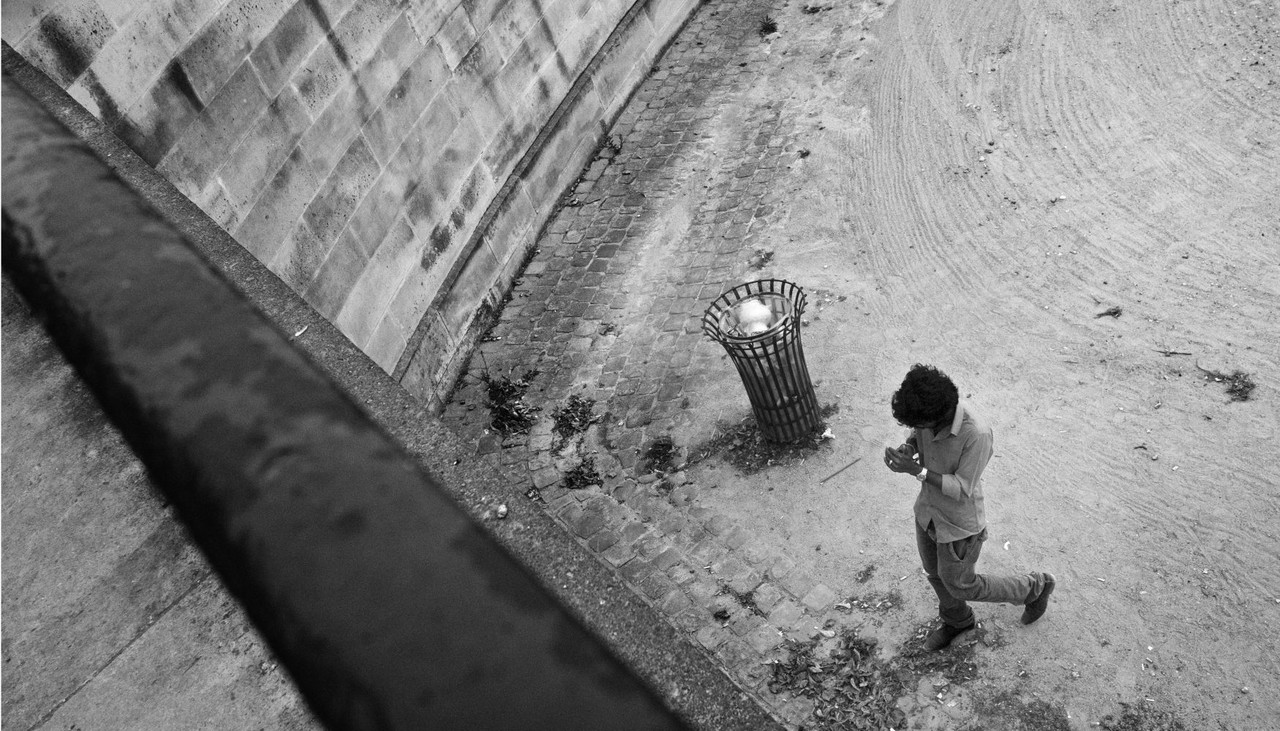 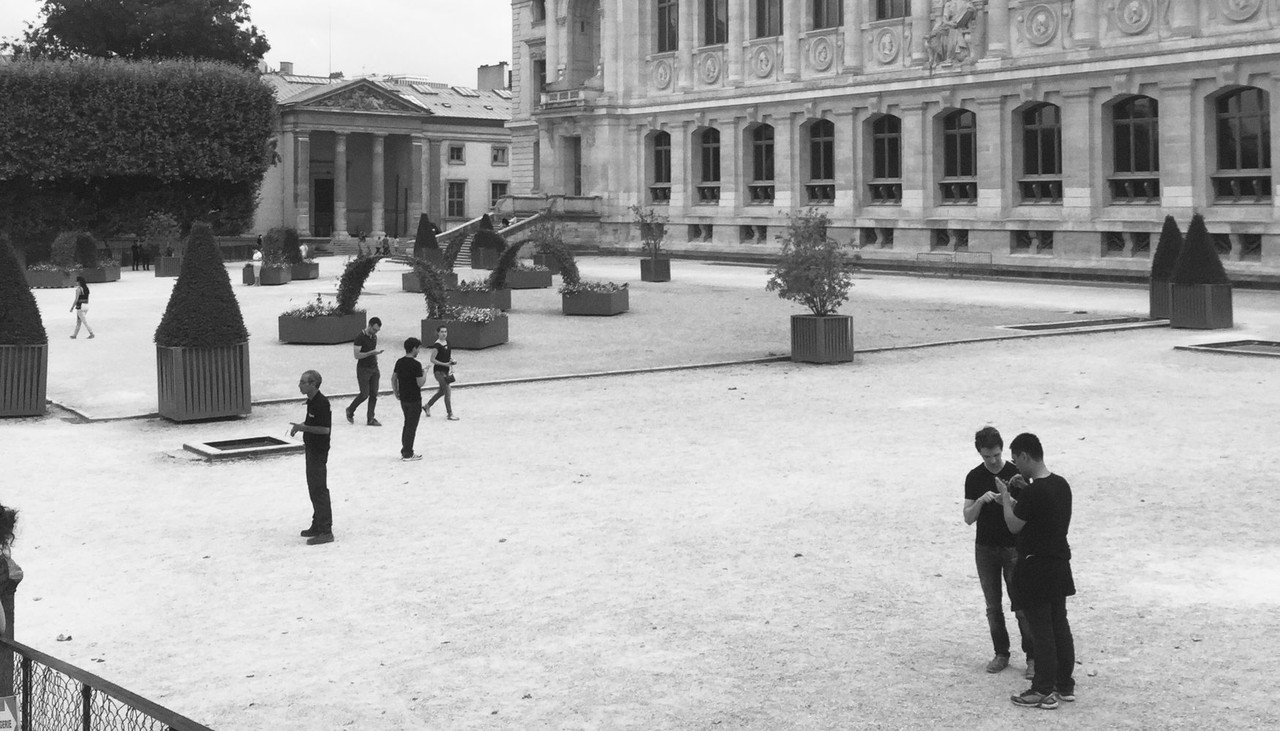 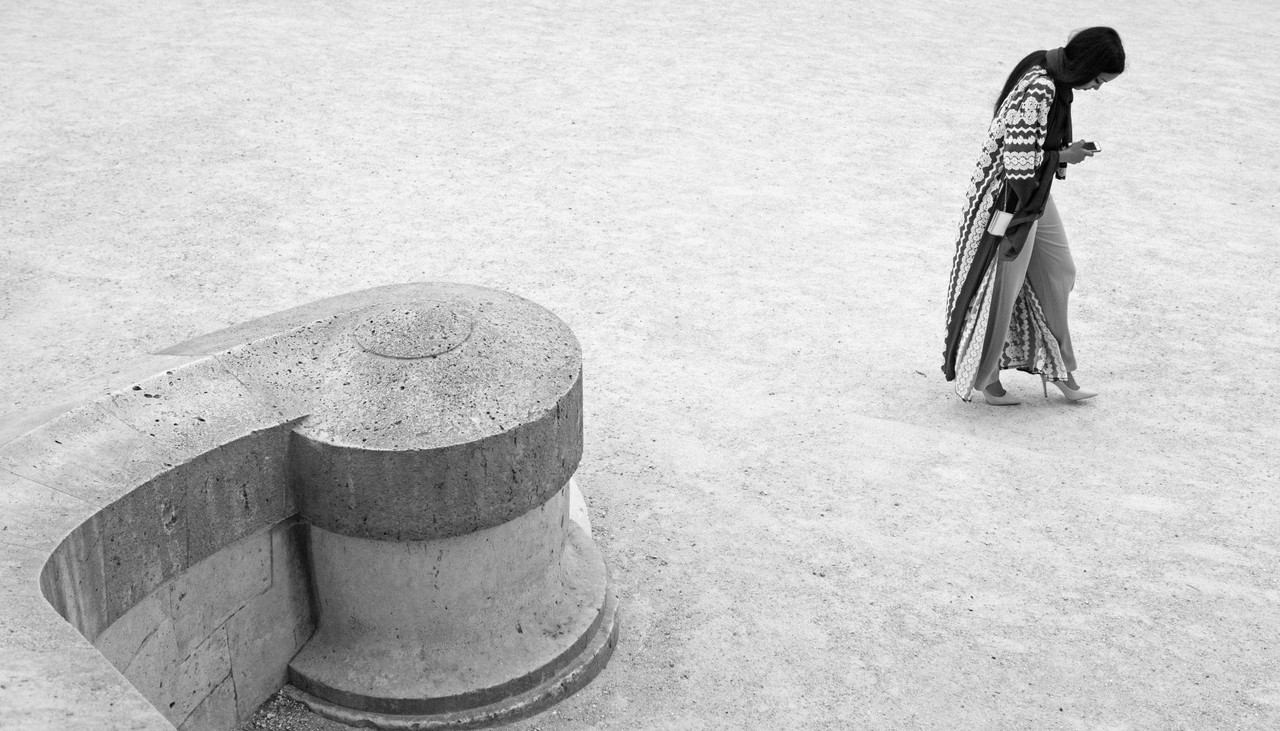 There is a scene in the 1961 French-Italian film 'L’Année dernière à Marienbad' where characters, rendered in black and white, move enigmatically around the grounds of a palatial château. There is something curious and slightly off about their difficult interactions, their jagged positioning combined with the geometrically manicured gardens evoke a game of chess. This plays into the experimental narrative structure of the film, in which time and space are warped concepts. This summer, Magnum photographer Thomas Dworzak observed a similarly curious phenomenon in Paris. On returning to the city this summer after some time traveling, he was intrigued by slow-moving crowds of people, hunched into their iPhones, walking with a sense of purpose and then stopping suddenly on seemingly invisible marks. They had discovered the augmented reality videogame app sensation 'Pokémon Go!'.

The Last of Us - All Gone (No Escape)

The Last of Us - All Gone (No Escape)
Composer: Gustavo Santaolalla

China has gamified being an obedient citizen with the creation of Sesame Credit. The game links to your social network and gives you a score for doing things that the government approves of, but it also reduces that score for doing things the government disapproves of. Even your friends' scores affect your own, and being friends with people who have a low score will drag your score down as well. This insidious system applies social pressure on people to ostracize their friends with lower scores, either forcing those friends to change their ways or effectively quarantining their rebellious ideas. While many sci-fi visions of a dystopian future have centered around a bleak government that controls through fear, Sesame Credit shows us that a government can use gamification and positive reinforcement to be just as controlling. And it's real. While currently the system is opt-in, the government plans to make it mandatory in 2020. Once mandatory, it may give rewards for good scores or penalties for bad ones. And in the meantime, making it opt-in has already set the tone for the game: people participate willingly, so they find it fun, and they set a very high standard for what the "average" score should be. Already people have begun sharing their scores on social media.

I met a traveller from an antique land
Who said: Two vast and trunkless legs of stone
Stand in the desert. Near them on the sand,
Half sunk, a shatter'd visage lies, whose frown
And wrinkled lip and sneer of cold command
Tell that its sculptor well those passions read
Which yet survive, stamp'd on these lifeless things,
The hand that mock'd them and the heart that fed.
And on the pedestal these words appear:
"My name is Ozymandias, king of kings:
Look on my works, ye Mighty, and despair!"
Nothing beside remains: round the decay
Of that colossal wreck, boundless and bare,
The lone and level sands stretch far away.

When I have fears that I may cease to be
Before my pen has gleaned my teeming brain,
Before high-pilèd books, in charactery,
Hold like rich garners the full ripened grain;
When I behold, upon the night’s starred face,
Huge cloudy symbols of a high romance,
And think that I may never live to trace
Their shadows with the magic hand of chance;
And when I feel, fair creature of an hour,
That I shall never look upon thee more,
Never have relish in the faery power
Of unreflecting love—then on the shore
Of the wide world I stand alone, and think
Till love and fame to nothingness do sink.

I had a dream, which was not all a dream.
The bright sun was extinguish'd, and the stars
Did wander darkling in the eternal space,
Rayless, and pathless, and the icy earth
Swung blind and blackening in the moonless air;
Morn came and went—and came, and brought no day,
And men forgot their passions in the dread
Of this their desolation; and all hearts
Were chill'd into a selfish prayer for light:
And they did live by watchfires—and the thrones,
The palaces of crowned kings—the huts,
The habitations of all things which dwell,
Were burnt for beacons; cities were consum'd,
And men were gather'd round their blazing homes
To look once more into each other's face;
Happy were those who dwelt within the eye
Of the volcanos, and their mountain-torch:
A fearful hope was all the world contain'd;
Forests were set on fire—but hour by hour
They fell and faded—and the crackling trunks
Extinguish'd with a crash—and all was black.
The brows of men by the despairing light
Wore an unearthly aspect, as by fits
The flashes fell upon them; some lay down
And hid their eyes and wept; and some did rest
Their chins upon their clenched hands, and smil'd;
And others hurried to and fro, and fed
Their funeral piles with fuel, and look'd up
With mad disquietude on the dull sky,
The pall of a past world; and then again
With curses cast them down upon the dust,
And gnash'd their teeth and howl'd: the wild birds shriek'd
And, terrified, did flutter on the ground,
And flap their useless wings; the wildest brutes
Came tame and tremulous; and vipers crawl'd
And twin'd themselves among the multitude,
Hissing, but stingless—they were slain for food.
And War, which for a moment was no more,
Did glut himself again: a meal was bought
With blood, and each sate sullenly apart
Gorging himself in gloom: no love was left;
All earth was but one thought—and that was death
Immediate and inglorious; and the pang
Of famine fed upon all entrails—men
Died, and their bones were tombless as their flesh;
The meagre by the meagre were devour'd,
Even dogs assail'd their masters, all save one,
And he was faithful to a corse, and kept
The birds and beasts and famish'd men at bay,
Till hunger clung them, or the dropping dead
Lur'd their lank jaws; himself sought out no food,
But with a piteous and perpetual moan,
And a quick desolate cry, licking the hand
Which answer'd not with a caress—he died.
The crowd was famish'd by degrees; but two
Of an enormous city did survive,
And they were enemies: they met beside
The dying embers of an altar-place
Where had been heap'd a mass of holy things
For an unholy usage; they rak'd up,
And shivering scrap'd with their cold skeleton hands
The feeble ashes, and their feeble breath
Blew for a little life, and made a flame
Which was a mockery; then they lifted up
Their eyes as it grew lighter, and beheld
Each other's aspects—saw, and shriek'd, and died—
Even of their mutual hideousness they died,
Unknowing who he was upon whose brow
Famine had written Fiend. The world was void,
The populous and the powerful was a lump,
Seasonless, herbless, treeless, manless, lifeless—
A lump of death—a chaos of hard clay.
The rivers, lakes and ocean all stood still,
And nothing stirr'd within their silent depths;
Ships sailorless lay rotting on the sea,
And their masts fell down piecemeal: as they dropp'd
They slept on the abyss without a surge—
The waves were dead; the tides were in their grave,
The moon, their mistress, had expir'd before;
The winds were wither'd in the stagnant air,
And the clouds perish'd; Darkness had no need
Of aid from them—She was the Universe.

In space no one can hear you scream. 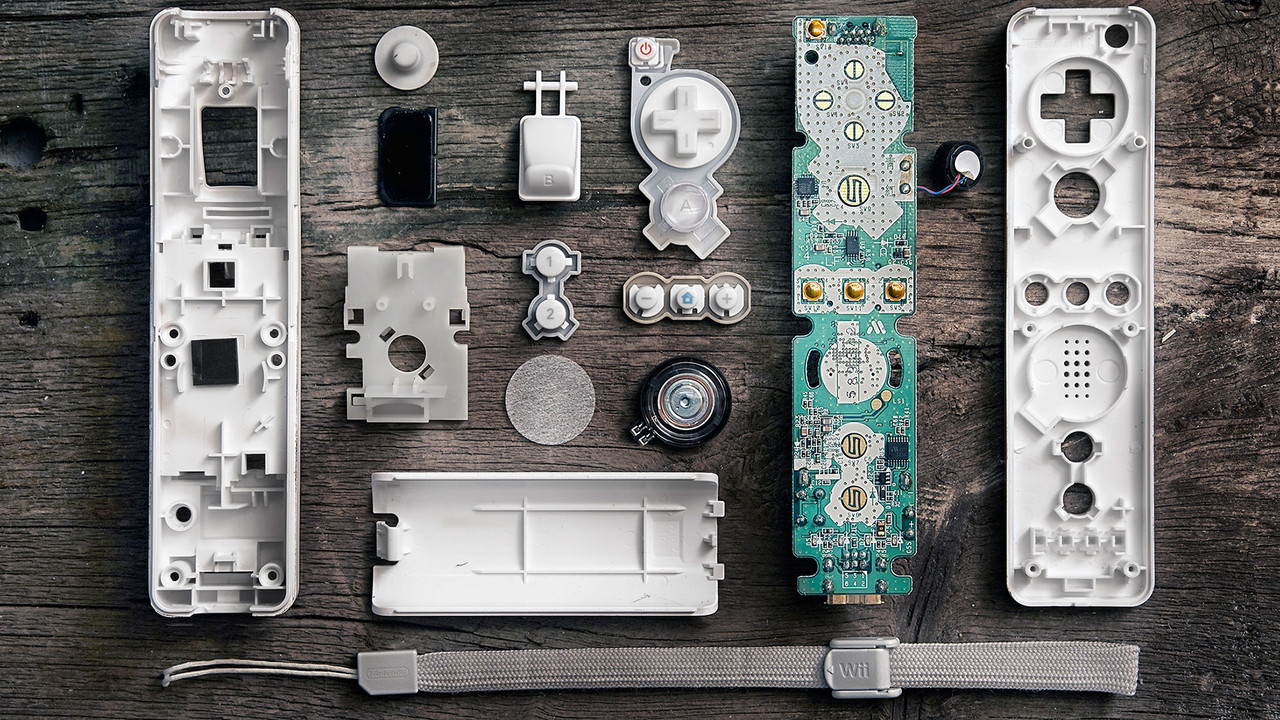 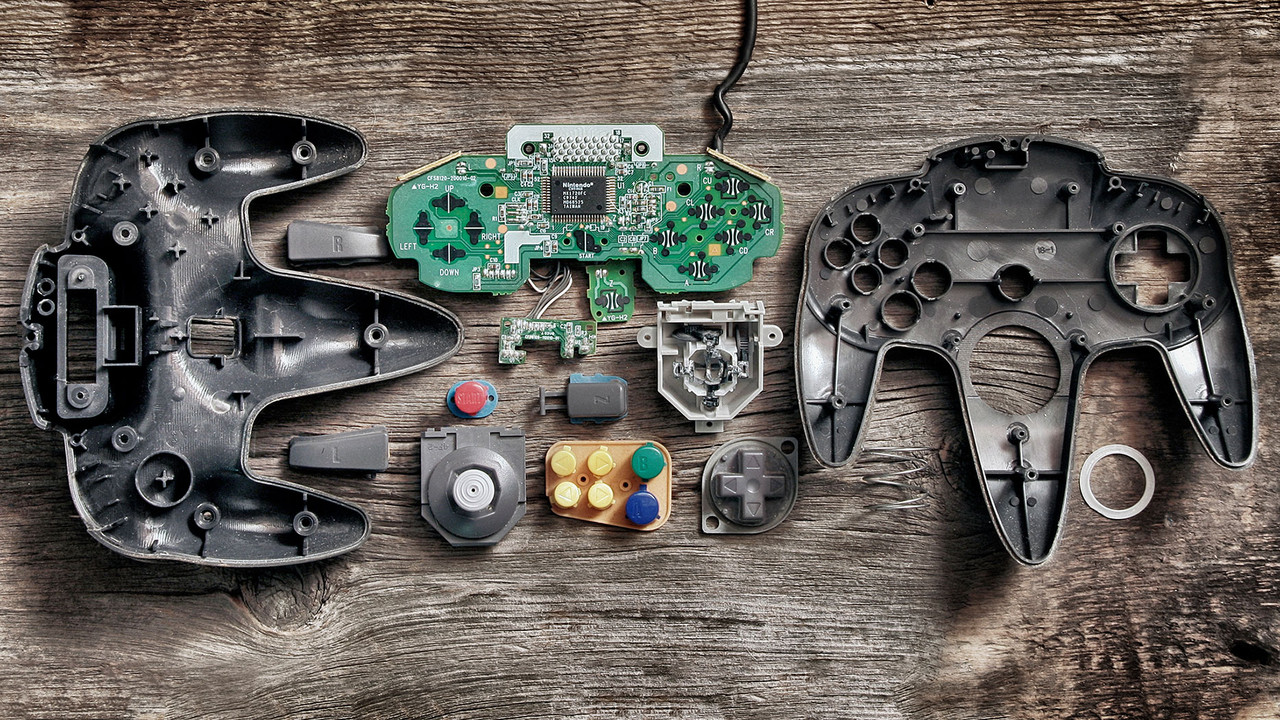 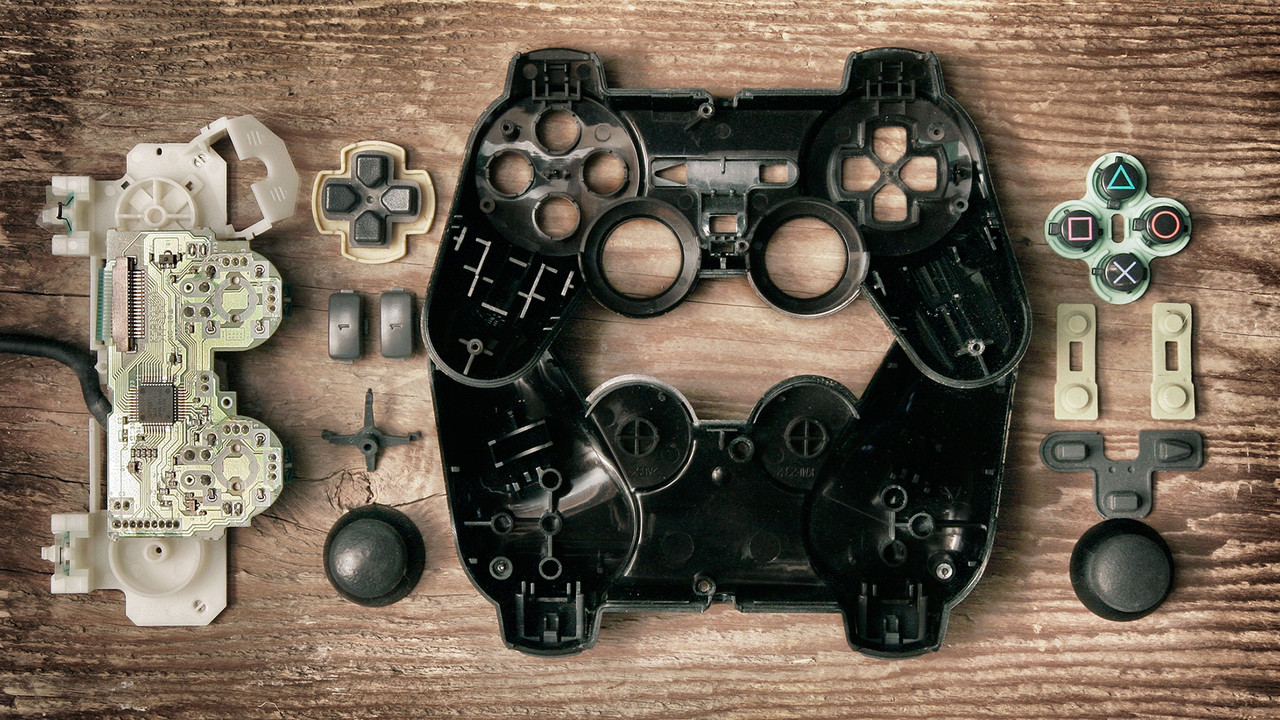 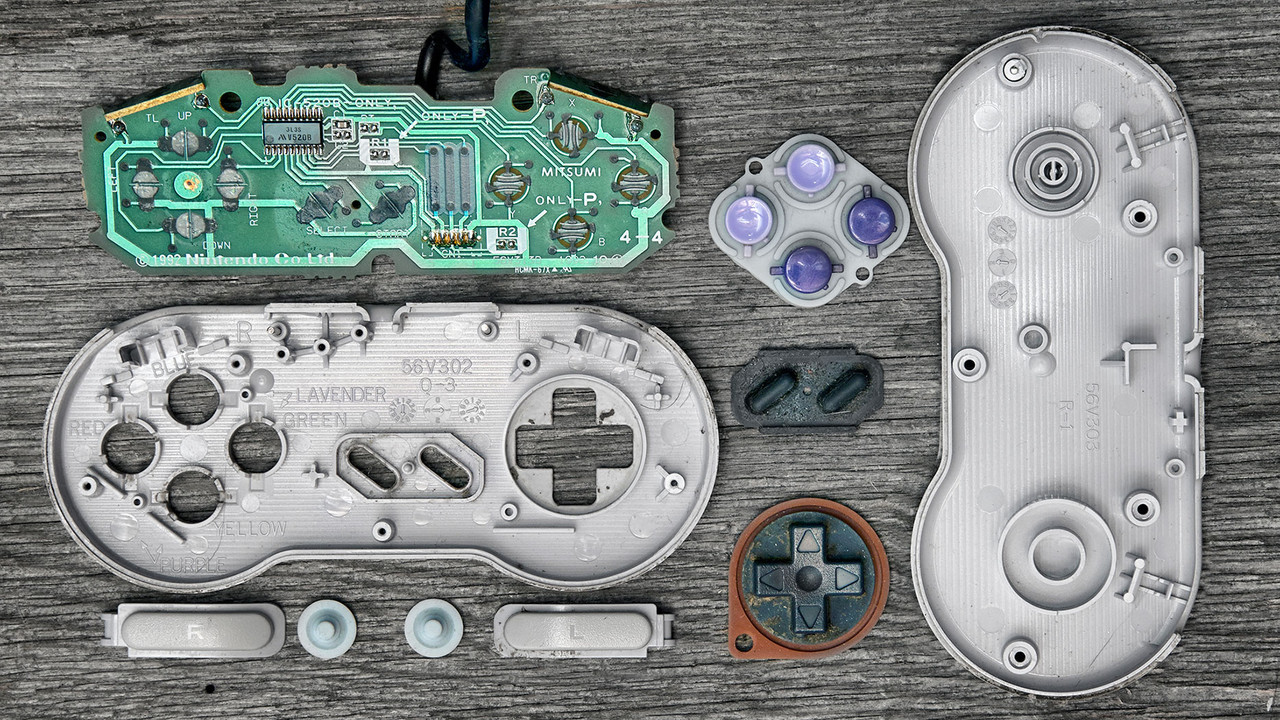 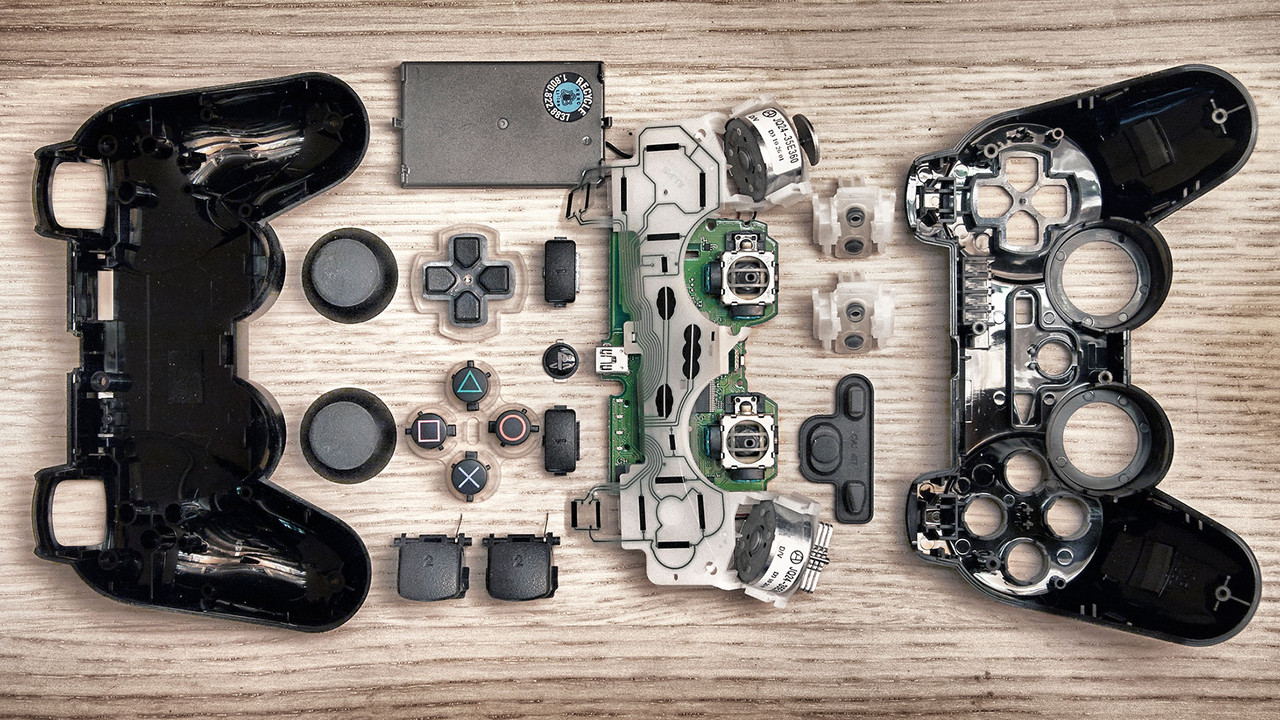 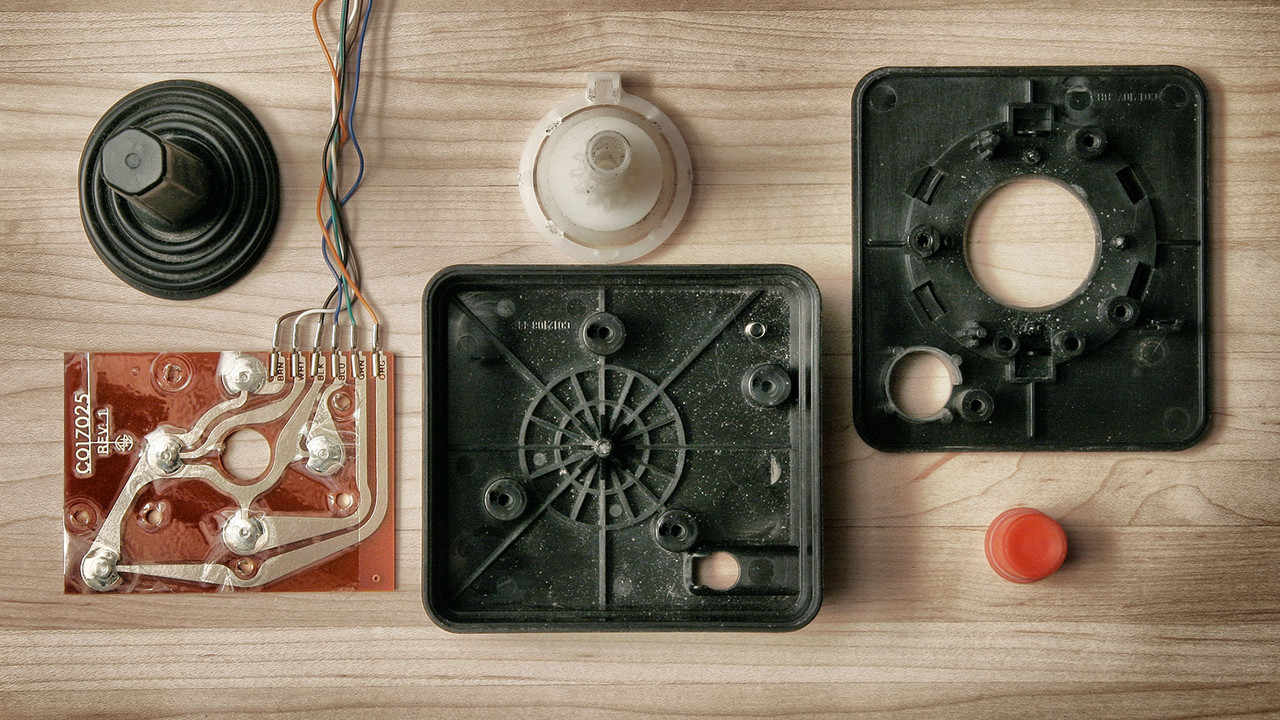 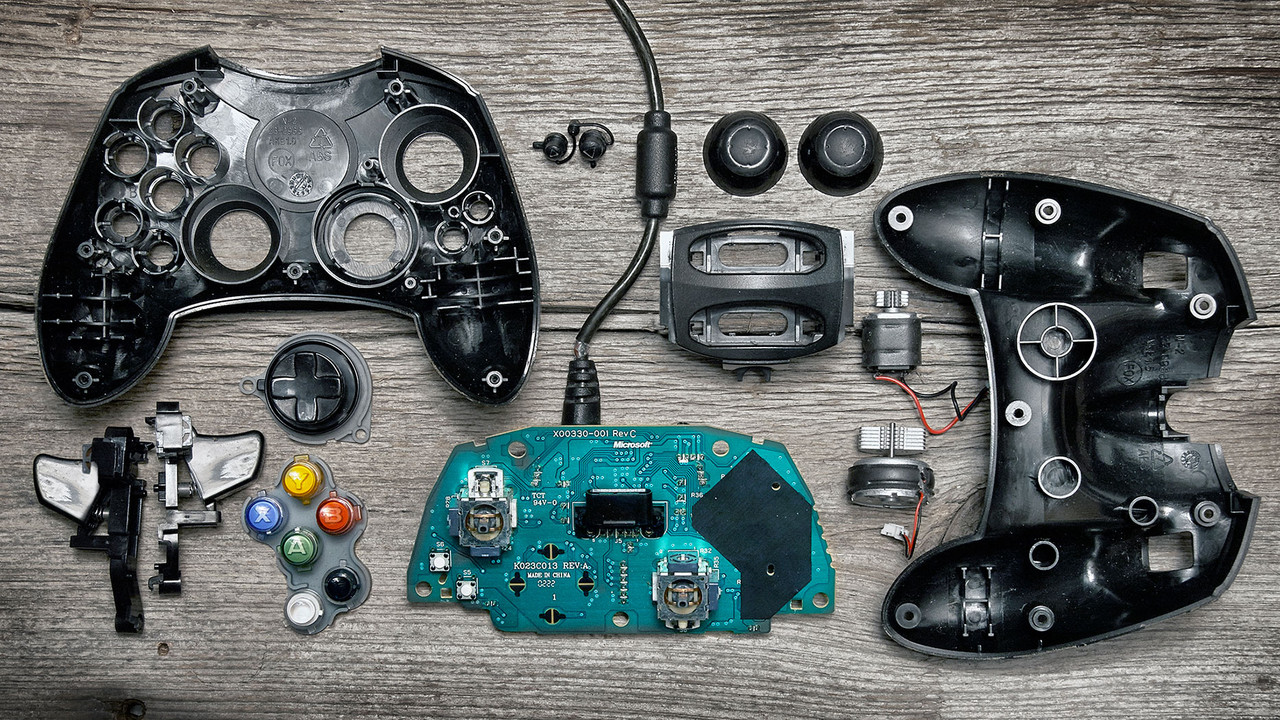 Gaming has been around for as long as most of us can remember. Often the gamer is defined by the games they play and the tools they use. The controller is a pivotal tool used in gaming; each console comes with its own controller, designed to maximize the experience of the system. As we game, these controllers become an extension of our own movements. They transform the way we game and our actions and conduct. They are extensions of ourselves, and as we use them we grow attached to their touch. They are used to break language barriers and travel across continents. As we use them, they take on our characteristics, as much as we take on theirs.

Deconstructed is a series of dissected controllers collected from the gamers who owned them. Each controller was used and often played until it was no longer operable. Some have been physically altered, and others were damaged in attempts to fix them. This is their autopsy, a chance to compare our growth and commitment to the tools we use to game.

Night in the Woods

Night In The Woods is a VIDEO GAME. All Mae wants to do is run around with her friends, break stuff and hang on to a life of aggressive aimlessness. She dropped out of college and returned home to her crumbling old mining town to do just that, but she's finding that nothing is the same anymore. The old town seems different. Her old friends have grown in their own directions. Mae herself is undergoing some sudden and unexplained changes, giving her mysterious abilities that grant her access to a side of town she never knew existed.
The world is changing, things are ending, and the future is uncertain. Up behind the park at the edge of town, back in the trees by the old mine- there's something in the woods. And it could mean no future at all.
Night In The Woods comes from a deep place for us. That point where you sense things are changing and it's time to move on but you just don't know how. Knowing that everything will end someday, and wondering how well we'll be able to meet it when it happens. How long we'll be able to hold on, and when we should let go. When to accept and when to fight.