This is the second half of a project inpired by William Blake's bleak poem, 'London'. I began taking the photographs in Central London in 2015. My goal was to capture the diversity of Londoners and the sense of unease looming over their city in recent yeas.

I wander thro' each charter'd street,
Near where the charter'd Thames does flow.
And mark in every face I meet
Marks of weakness, marks of woe.

In every cry of every Man,
In every Infants cry of fear,
In every voice: in every ban,
The mind-forg'd manacles I hear

How the Chimney-sweepers cry
Every blackning Church appalls,
And the hapless Soldiers sigh
Runs in blood down Palace walls

The Barbican is one of the most remarkable housing estates in the world. Designed in the mid 20th century by British firm, Chamberlin, Powell and Bon and commissioned by the local authority, it is a unique chapter in the story of state-led architecture with much to teach us today.

Written and presented by Phineas Harper. A co-production between The Architectural Review and the Architecture Foundation. Dreams of love In London

Dreams of love In London from Shotways on Vimeo.

City of London on Christmas.

We can see how the love is everywhere, no matter the race, no matter the age, the sex.. we just have to keep our eyes open and see. Every single moment is a precious gift and we have to live it as it was our last breath.
Life is for loving,not hating. When you love every little thing, you will receive everything for the universe.

The Wallace Collection is a national museum in an historic London town house. In 25 galleries are unsurpassed displays of French 18th-century painting, furniture and porcelain with superb Old Master paintings and a world class armoury.

The Wallace Collection is a national museum which displays the wonderful works of art collected in the eighteenth and nineteenth centuries by the first four Marquesses of Hertford and Sir Richard Wallace, the son of the 4th Marquess. It was bequeathed to the British nation by Sir Richard's widow, Lady Wallace, in 1897.

Displayed at Hertford House, one of the family's London properties in the nineteenth century, the Wallace Collection presents its outstanding collections in a sumptuous but approachable manner which is an essential part of its charm.

It is probably best known for its paintings by artists such as Titian, Rembrandt, Hals (The Laughing Cavalier) and Velázquez and for its superb collections of eighteenth-century French paintings, porcelain, furniture and gold boxes, probably the best to be found anywhere outside France.

Less well known is that the Wallace Collection features one of the finest groups of princely arms and armour in Europe and, alongside this, you can enjoy splendid medieval and Renaissance objects, including Limoges enamels, maiolica, glass and bronzes. 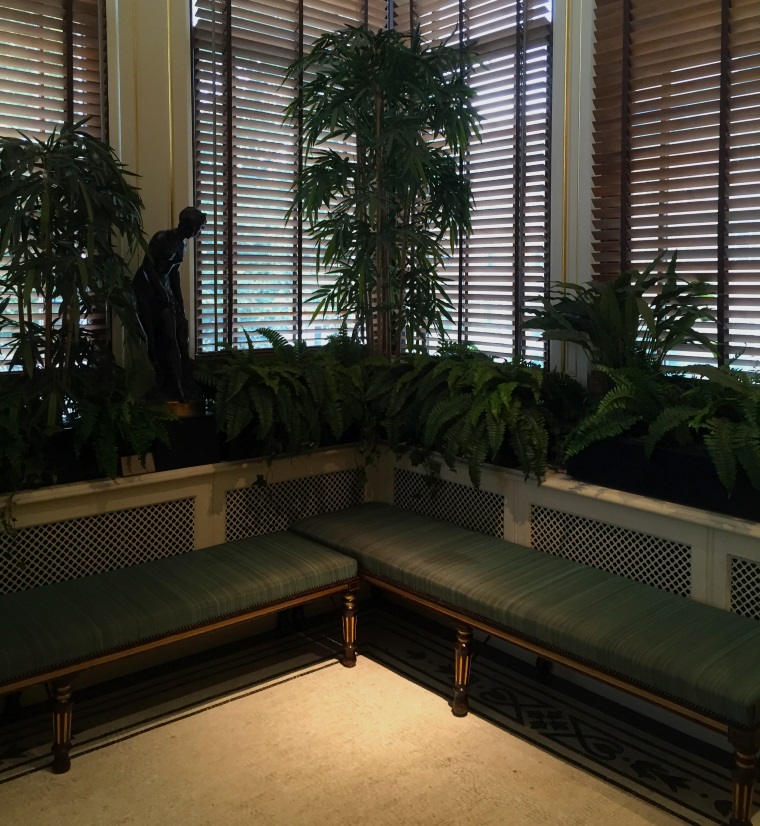 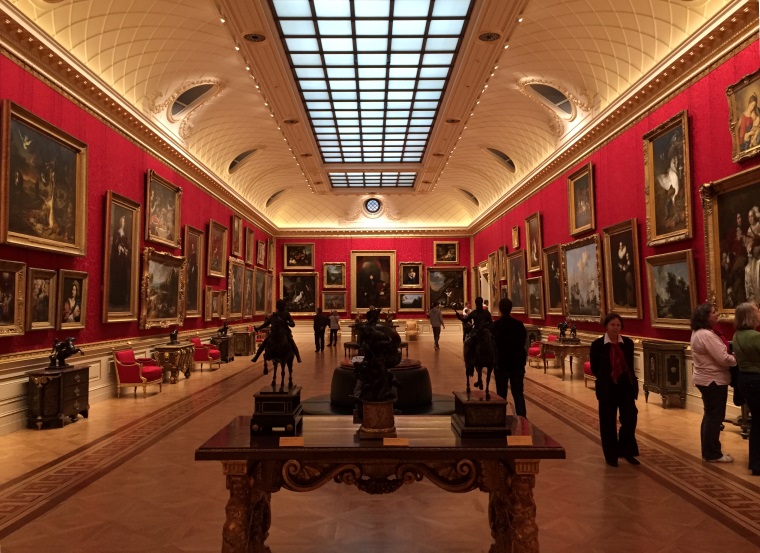 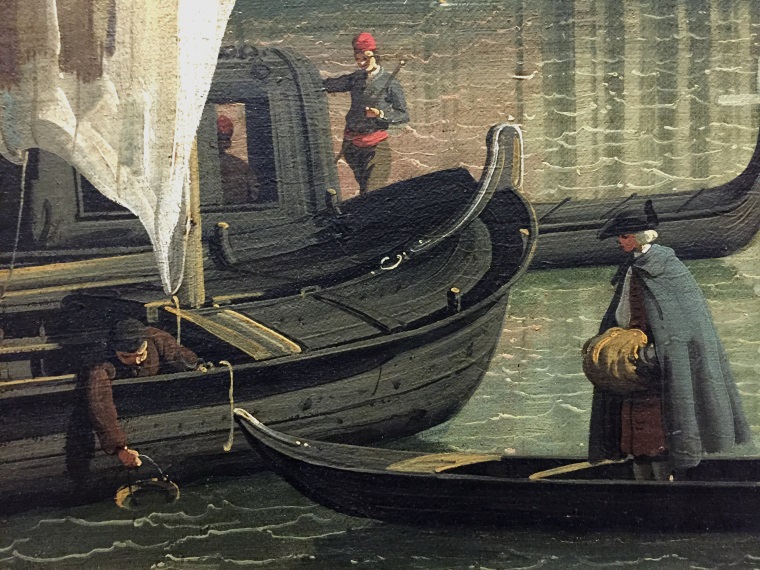 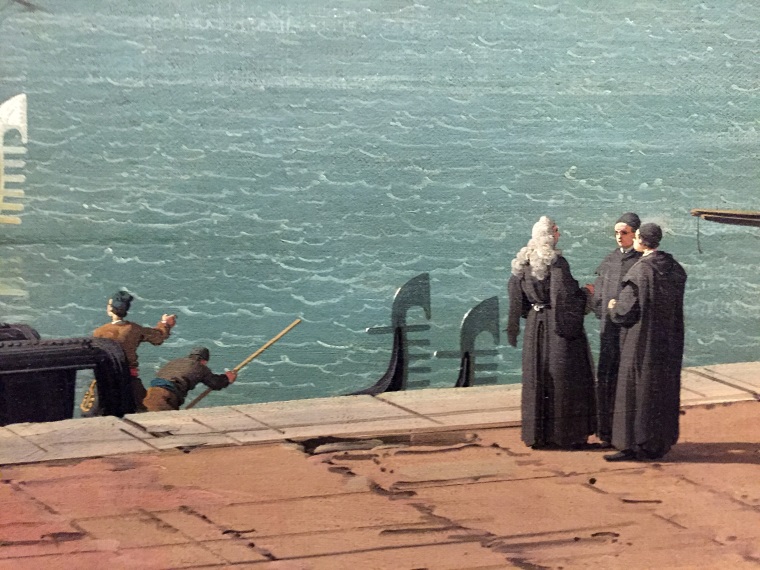 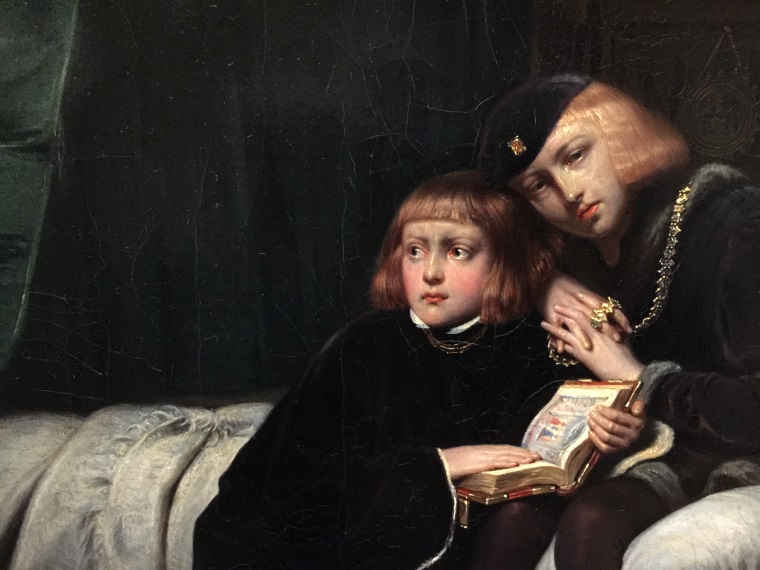 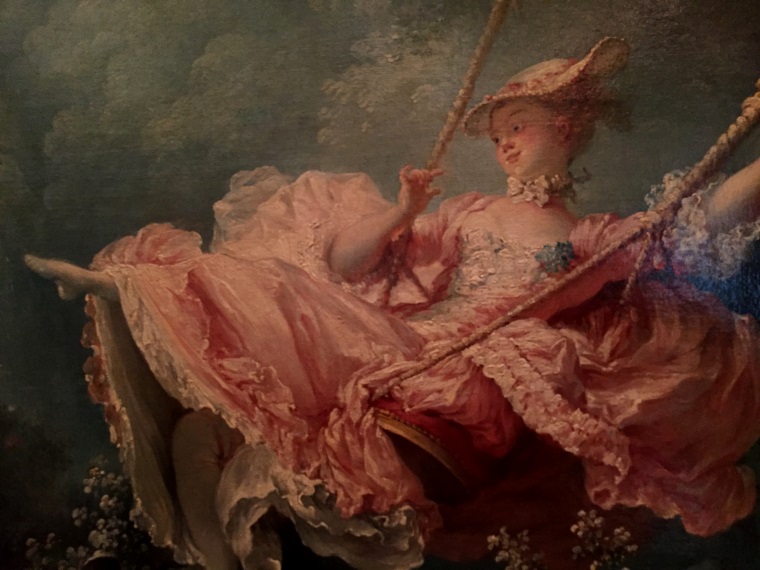 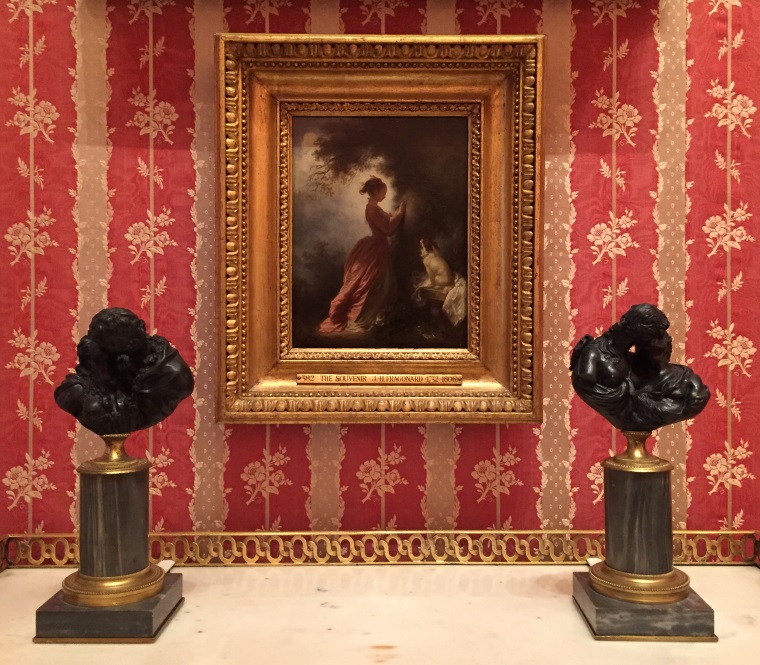 Next Week in London

Don’t miss national treasure and Poirot star David Suchet as the formidable Lady Bracknell in Oscar Wilde’s much loved masterpiece The Importance of Being Earnest, which is now open to rave reviews at the Vaudeville Theatre, London for a strictly limited season.

Essential American composer John Adams brings his own take on storytelling to the Barbican including a new dramatic symphony for violin and orchestra.

Performed by close collaborator and new music champion Leila Josefowicz, Adam’s latest work takes the idea of the original Scheherazade into the present day and “imagines a modern woman storyteller/hostage whose strength of character and powers of endurance are tested over and over”. There are more traditional tales to be told in the first half with Ravel’s youthful ballet score Mother Goose, featuring Sleeping Beauty, Tom Thumb and Beauty and the Beast.

Leila Josefowicz is the soloist in the World Premiere of Scheherazade.2 by John Adams. Also featured is The Enchanted Lake by Anatoly Lyadov and Petrushka by Igor Stravinsky. Music Director Alan Gilbert conducts. The program is hosted by Alec Baldwin and produced by Mark Travis.

New works by Erwin Olaf at the Hamiltons Gallery in London from 8th October to 14th November. I'll be there. 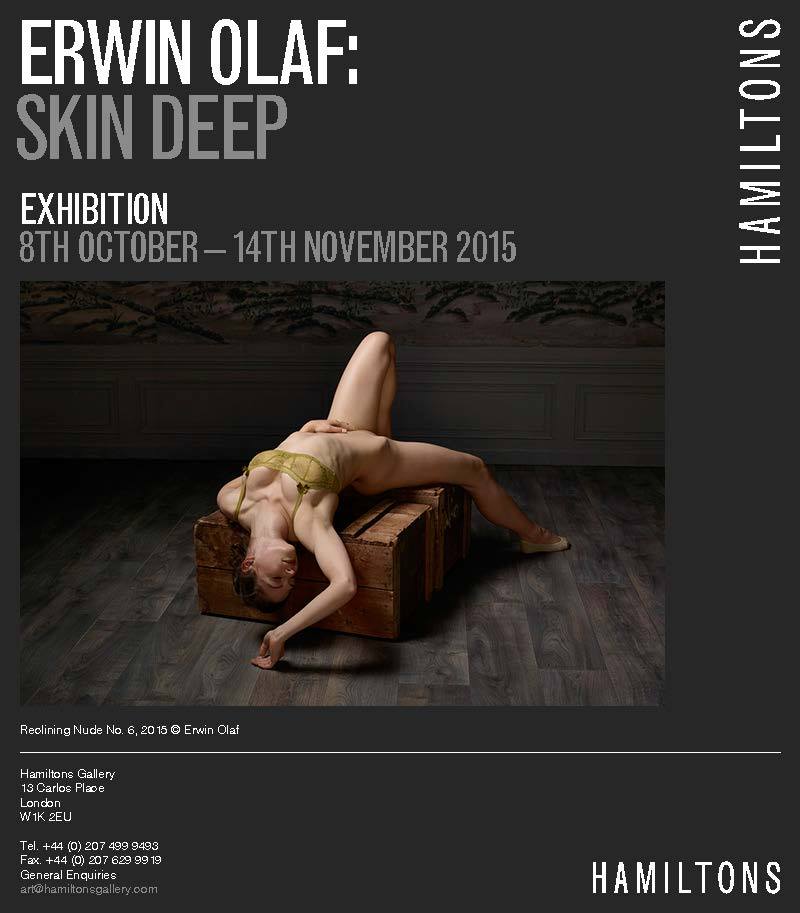 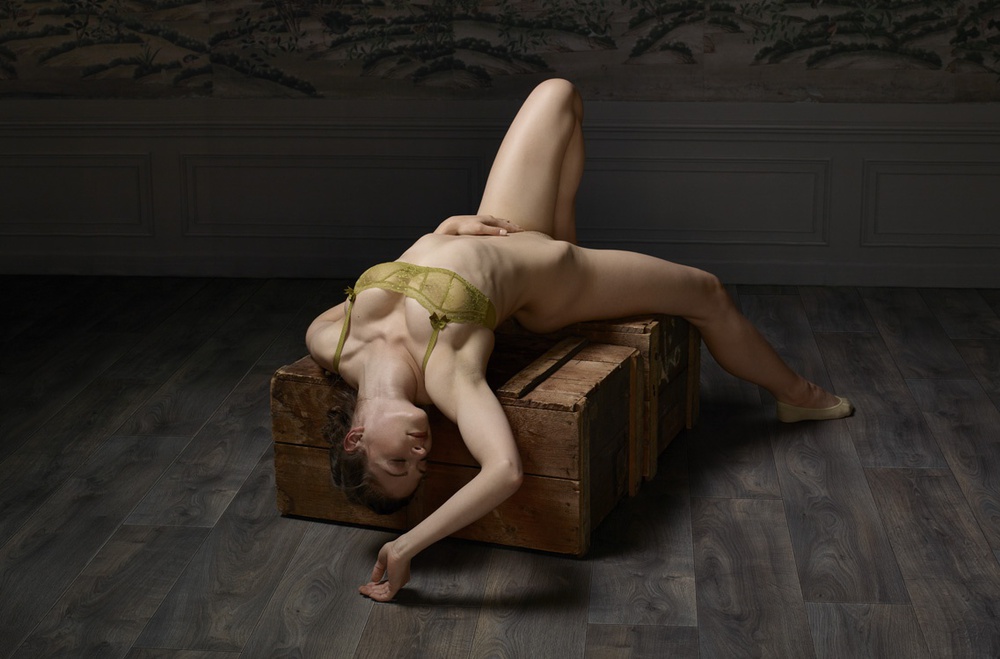 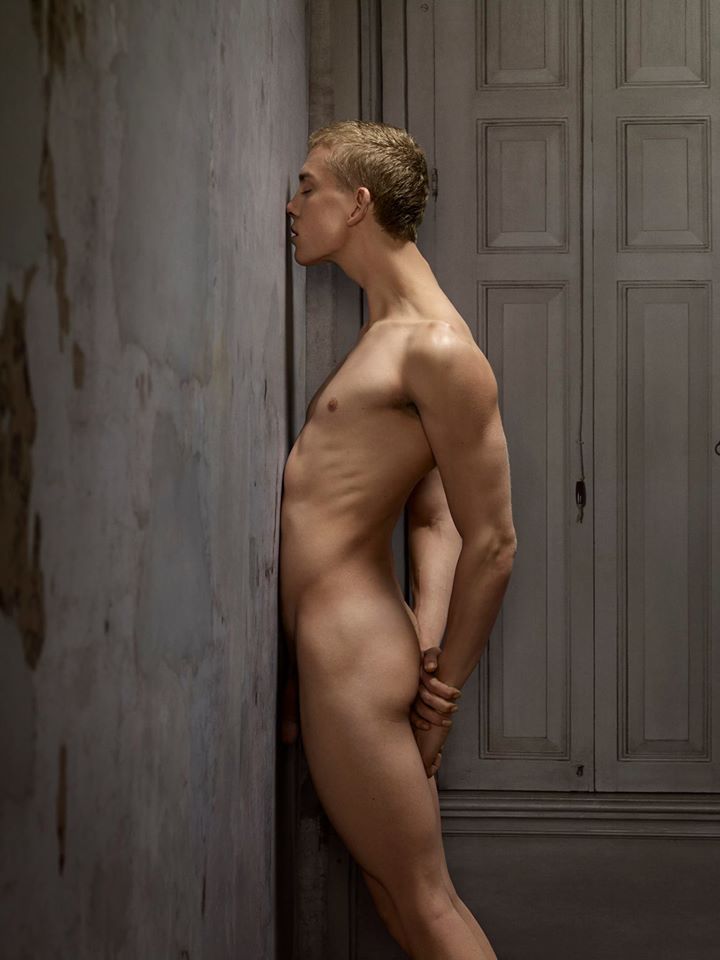 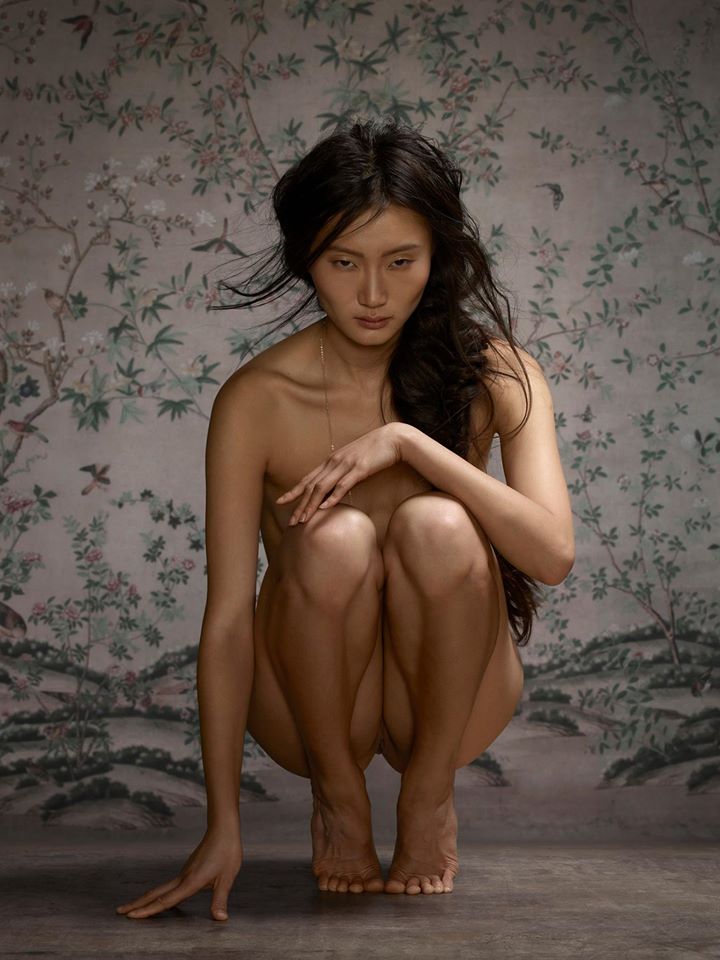