This is a small portrait of the maverick gay performer and nightclub personality Leigh Bowery (1961-94). It portrays Bowery’s head and naked upper torso framed against dark red upholstery. His bald head rests against his raised left shoulder, his eyes are closed and his cheeks and mouth hang loosely as though he is asleep. Freud’s manner of painting emphasises the fleshiness of Bowery’s face. This is achieved through the application of paint in different textures – in some areas relatively smooth, in others thickly but delicately built up. Apparently unconscious of the artist’s gaze, Bowery has a vulnerable appearance which belies the bulk of his physical form. 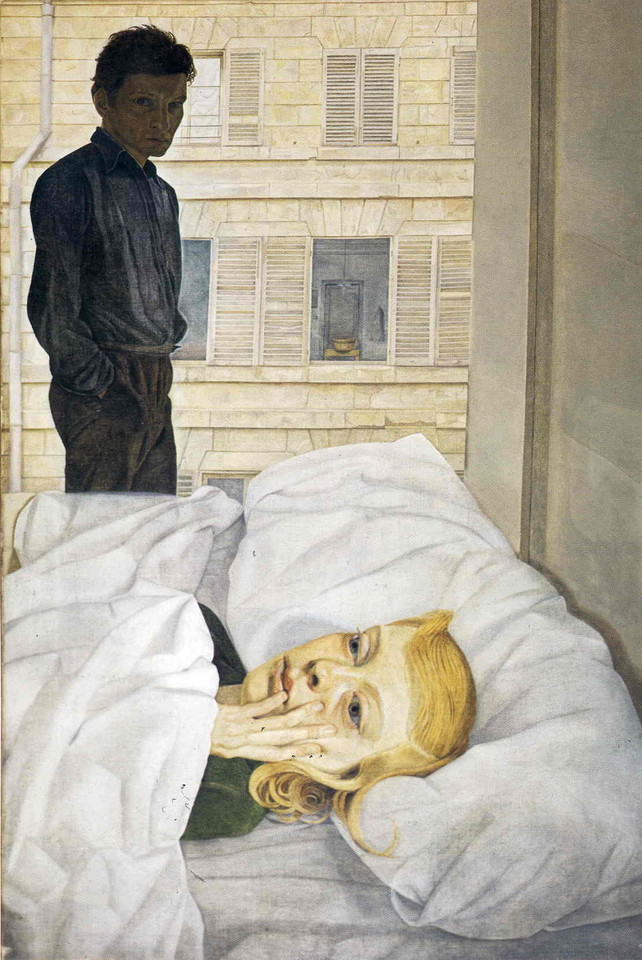 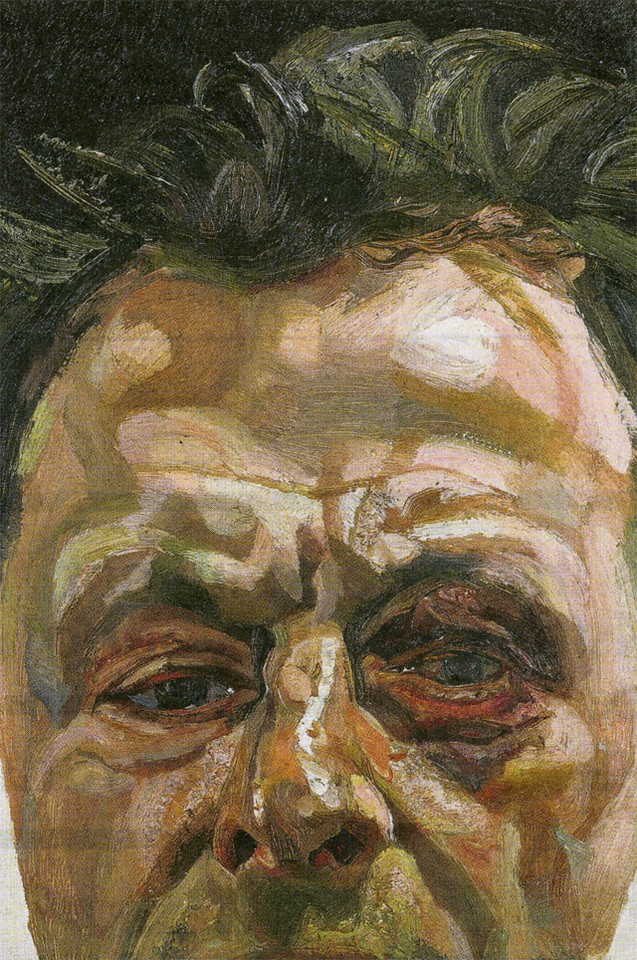 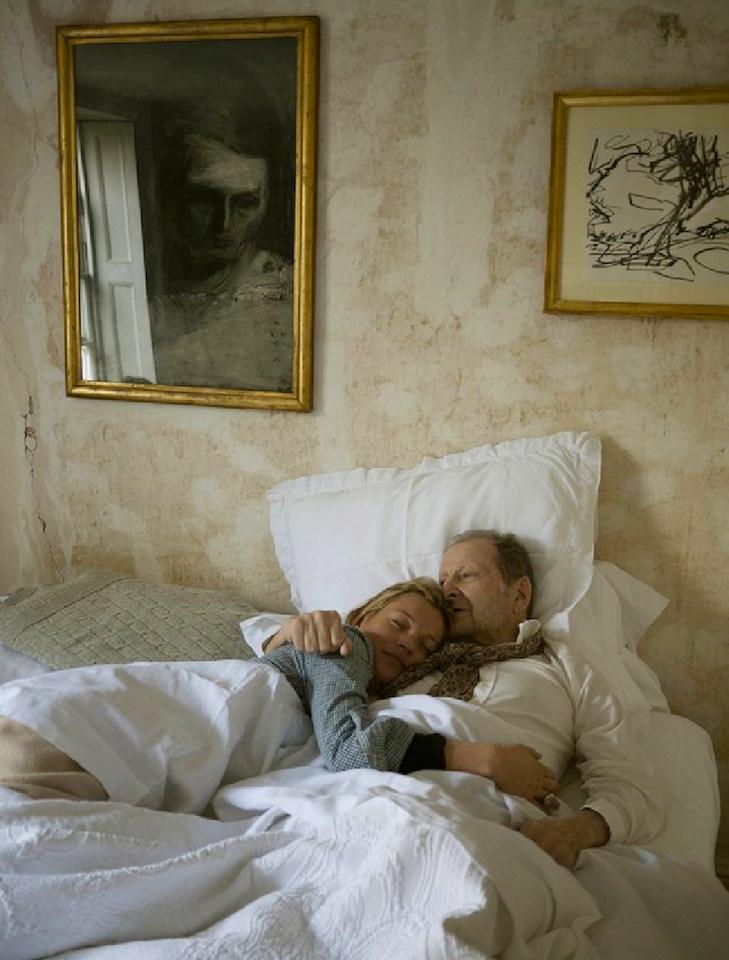 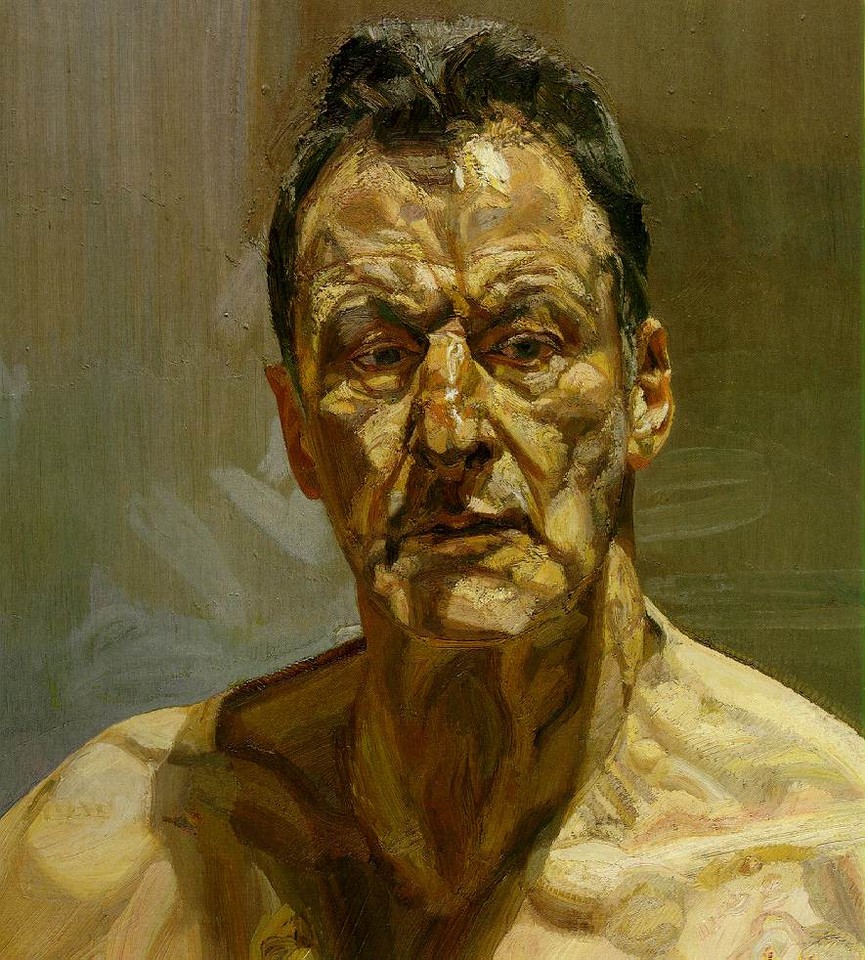