A Little Film About… Malika Favre

A Little Film About... Malika Favre from Handsome Frank on Vimeo.

Malika Favre is an artist who needs little introduction. Her instantly recognisable style sees her create beautifully bold vector illustrations which simplify down her subjects their bear essentials. Her work has adorned billboards, magazines and book covers the world over and her recent collaborations with the New Yorker magazine have raised her profile yet further and seen a whole new audience discover her incredible work.

In this short film directed by Jérôme de Gerlache, we learn about her work process, influences and get a behind the scenes glimpse of her home studio in East London.

"I decided to look at the future so I could create a positive image,” Malika Favre says, about her cover for the Tech Issue. “When you read about women sharing their experiences in a field that is so dominated by males, it can get pretty depressing. For me, it’s obvious that the solution has to start from a young age, with education and the games kids play.”

This cover, "The First," by Malika Favre, is what The New Yorker would have published had Hillary Clinton defeated Donald Trump to become the first female Commander-in-Chief.

Malika Favre does the BAFTA nominees. 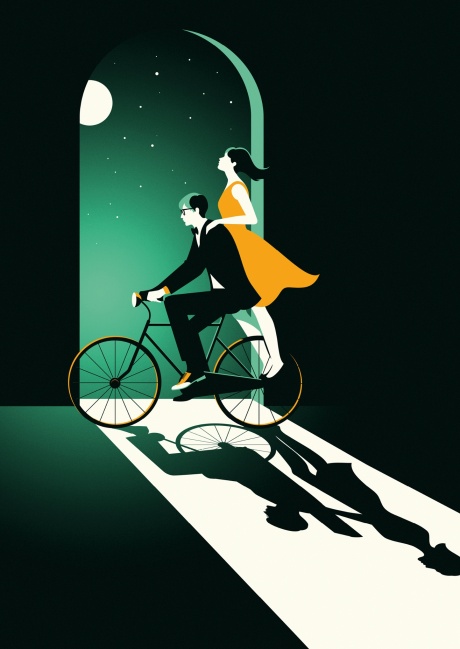