Margaret Atwood - This Is a Photograph of Me

It was taken some time ago.
At first it seems to be
a smeared
print: blurred lines and grey flecks
blended with the paper;

then, as you scan
it, you see in the left-hand corner
a thing that is like a branch: part of a tree
(balsam or spruce) emerging
and, to the right, halfway up
what ought to be a gentle
slope, a small frame house.

In the background there is a lake,
and beyond that, some low hills.

(The photograph was taken
the day after I drowned.

I am in the lake, in the center
of the picture, just under the surface.

It is difficult to say where
precisely, or to say
how large or small I am:
the effect of water
on light is a distortion

but if you look long enough,
eventually
you will be able to see me.)

Adapted from the classic novel by Margaret Atwood, The Handmaid's Tale is the story of life in the dystopia of Gilead, a totalitarian society in what was formerly the United States. Facing environmental disasters and a plunging birthrate, Gilead is ruled by a twisted fundamentalism in its militarized ‘return to traditional values'. As one of the few remaining fertile women, Offred (Elisabeth Moss) is a Handmaid in the Commander’s household, one of the caste of women forced into sexual servitude as a last desperate attempt to repopulate the world. In this terrifying society, Offred must navigate between Commanders, their cruel Wives, domestic Marthas, and her fellow Handmaids – where anyone could be a spy for Gilead – all with one goal: to survive and find the daughter that was taken from her.

Adapted from the classic novel by Margaret Atwood, The Handmaid's Tale is the story of life in the dystopia of Gilead, a totalitarian society in what was formerly the United States. Facing environmental disasters and a plunging birthrate, Gilead is ruled by a twisted fundamentalism in its militarized ‘return to traditional values'. As one of the few remaining fertile women, Offred (Elisabeth Moss) is a Handmaid in the Commander’s household, one of the caste of women forced into sexual servitude as a last desperate attempt to repopulate the world. In this terrifying society, Offred must navigate between Commanders, their cruel Wives, domestic Marthas, and her fellow Handmaids – where anyone could be a spy for Gilead – all with one goal: to survive and find the daughter that was taken from her.

Margaret Atwood – A State of Wonder

Margaret Atwood – A State of Wonder: How Technology Shapes Story from Future Of StoryTelling on Vimeo.

As a critic, activist, and award-winning author of speculative fiction, Margaret Atwood has always been looking ahead. In her glances toward the future, she’s often searching for how technology influences content. The digital transition has already run through an entire era of online evolution, fossilizing a first round of experiments that failed to catch on. But serial stories, online collaborations, and sites like Wattpad, which connects tens of millions of new authors, are leading the way in a new wave of innovation. We’ve always told stories—it’s part of our humanity—but how those stories are created and shared is changing all the time, and Atwood’s looking to share her excitement about it at this year’s FoST.

This is the one song everyone
would like to learn: the song
that is irresistible:

the song nobody knows
because anyone who had heard it
is dead, and the others can't remember.
Shall I tell you the secret
and if I do, will you get me
out of this bird suit?
I don't enjoy it here
squatting on this island
looking picturesque and mythical
with these two feathery maniacs,
I don't enjoy singing
this trio, fatal and valuable.

I will tell the secret to you,
to you, only to you.
Come closer. This song

is a cry for help: Help me!
Only you, only you can,
you are unique

at last. Alas
it is a boring song
but it works every time.

We may call Eurydice forth from the world of the dead, but we cannot make her answer; and when we turn to look at her we glimpse her only for a moment, before she slips from our grasp and flees. As all historians know, the past is a great darkness, and filled with echoes. Voices may reach us from it; but what they say to us is imbued with the obscurity of the matrix out of which they come; and, try as we may, we cannot always decipher them precisely in the clearer light of our own day. 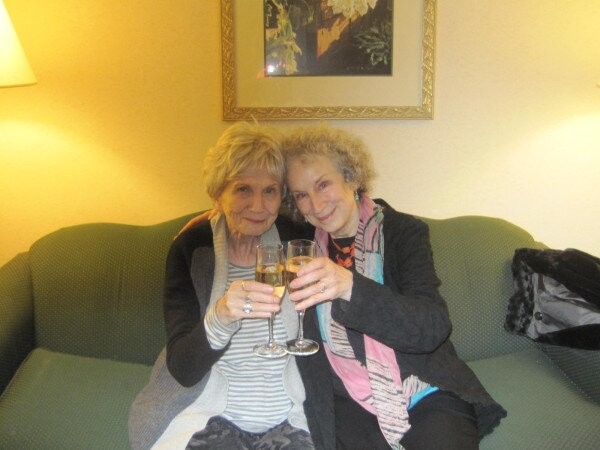 It Is Dangerous To Read Newspapers 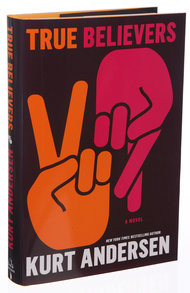 It Is Dangerous To Read Newspapers.

While I was building neat
castles in the sandbox,
the hasty pits were
filling with bulldozed corpses

and as I walked to the school
washed and combed, my feet
stepping on the cracks in the cement
detonated red bombs.

Now I am grownup
and literate, and I sit in my chair
as quietly as a fuse

and the jungles are flaming, the under-
brush is charged with soldiers,
the names on the difficult
maps go up in smoke.

I am the cause, I am a stockpile of chemical
toys, my body
is a deadly gadget,
I reach out in love, my hands are guns,
my good intentions are completely lethal.

Even my
passive eyes transmute
everything I look at to the pocked
black and white of a war photo,
how
can I stop myself

It is dangerous to read newspapers.

Each time I hit a key
on my electric typewriter,
speaking of peaceful trees

you're sad because you're sad.
it's psychic. it's the age. it's chemical.
go see a shrink or take a pill,
or hug your sadness like an eyeless doll
you need to sleep.

well, all children are sad
but some get over it.
count your blessings. better than that,
buy a hat. buy a coat or pet.
take up dancing to forget.

forget what?
your sadness, your shadow,
whatever it was that was done to you
the day of the lawn party
when you came inside flushed with the sun,
your mouth sulky with sugar,
in your new dress with the ribbon
and the ice-cream smear,
and said to yourself in the bathroom,
i am not the favorite child.

my darling, when it comes
right down to it
and the light fails and the fog rolls in
and you're trapped in your overturned body
under a blanket or burning car,

and the red flame is seeping out of you
and igniting the tarmac beside your head
or else the floor, or else the pillow,
none of us is;
or else we all are.

Helen of Troy Does Countertop Dancing

The world is full of women
who'd tell me I should be ashamed of myself
if they had the chance. Quit dancing.
Get some self-respect
and a day job.
Right. And minimum wage,
and varicose veins, just standing
in one place for eight hours
behind a glass counter
bundled up to the neck, instead of
naked as a meat sandwich.
Selling gloves, or something.
Instead of what I do sell.
You have to have talent
to peddle a thing so nebulous
and without material form.
Exploited, they'd say. Yes, any way
you cut it, but I've a choice
of how, and I'll take the money.

I do give value.
Like preachers, I sell vision,
like perfume ads, desire
or its facsimile. Like jokes
or war, it's all in the timing.
I sell men back their worse suspicions:
that everything's for sale,
and piecemeal. They gaze at me and see
a chain-saw murder just before it happens,
when thigh, ass, inkblot, crevice, tit, and nipple
are still connected.
Such hatred leaps in them,
my beery worshippers! That, or a bleary
hopeless love. Seeing the rows of heads
and upturned eyes, imploring
but ready to snap at my ankles,
I understand floods and earthquakes, and the urge
to step on ants. I keep the beat,
and dance for them because
they can't. The music smells like foxes,
crisp as heated metal
searing the nostrils
or humid as August, hazy and languorous
as a looted city the day after,
when all the rape's been done
already, and the killing,
and the survivors wander around
looking for garbage
to eat, and there's only a bleak exhaustion.
Speaking of which, it's the smiling
tires me out the most.
This, and the pretence
that I can't hear them.
And I can't, because I'm after all
a foreigner to them.
The speech here is all warty gutturals,
obvious as a slab of ham,
but I come from the province of the gods
where meanings are lilting and oblique.
I don't let on to everyone,
but lean close, and I'll whisper:
My mother was raped by a holy swan.
You believe that? You can take me out to dinner.
That's what we tell all the husbands.
There sure are a lot of dangerous birds around.

Not that anyone here
but you would understand.
The rest of them would like to watch me
and feel nothing. Reduce me to components
as in a clock factory or abattoir.
Crush out the mystery.
Wall me up alive
in my own body.
They'd like to see through me,
but nothing is more opaque
than absolute transparency.
Look--my feet don't hit the marble!
Like breath or a balloon, I'm rising,
I hover six inches in the air
in my blazing swan-egg of light.
You think I'm not a goddess?
Try me.
This is a torch song.
Touch me and you'll burn.