From MoMA: Chris Ware is a Chicago-based artist and writer who has contributed over two dozen cover images to the New Yorker. Ware’s graphic novels include Building Stories, which was chosen as a Top Ten Fiction Book by the New York Times in 2012, and Jimmy Corrigan: The Smartest Kid on Earth, the 2000 Guardian Prize winner. His work has been shown at MoCa and the Whitney Museum of American Art. His graphic novel Rusty Brown, Part I comes out this September.

Your (true) moment of Zen. Arnaud Montagard was born in 1991 in Nancy, France, and is currently based in Brooklyn, New York.

Sharon Van Etten performs 'New York, I Love You But You're Bringing Me Down' with the Heritage Orchestra under Jules Buckley. (Prom 35, BBC Proms 2018)

Diane Arbus: In The Park 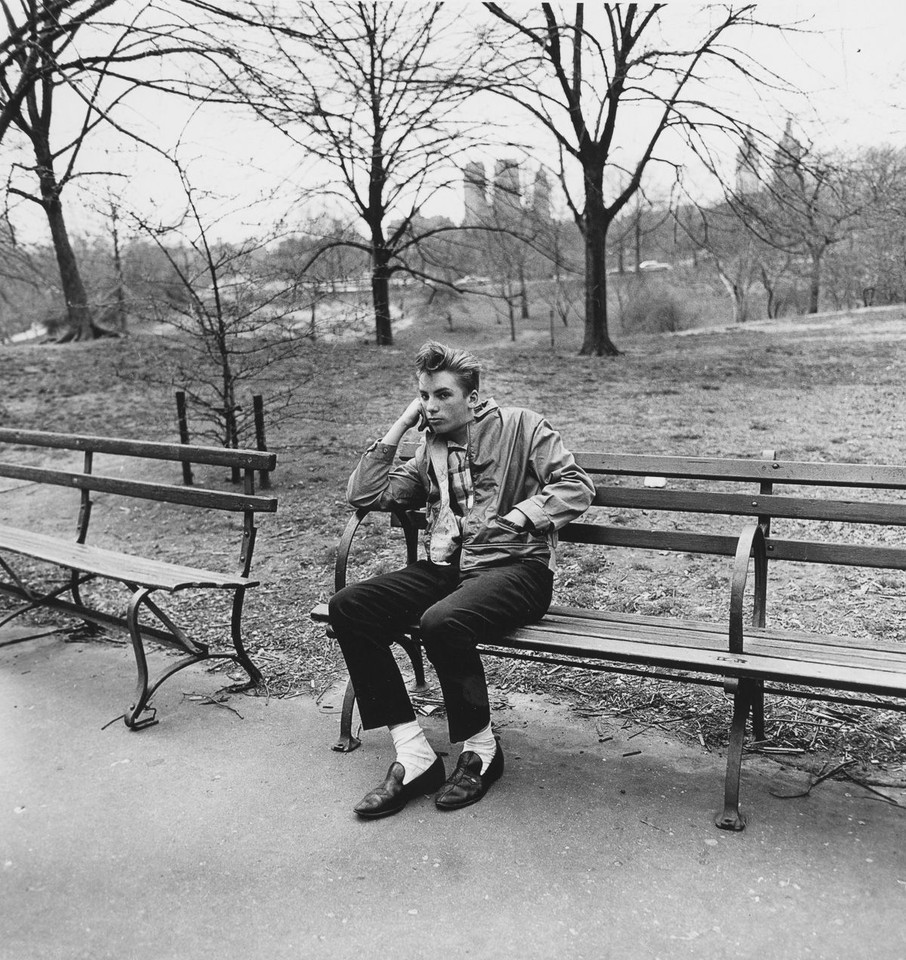 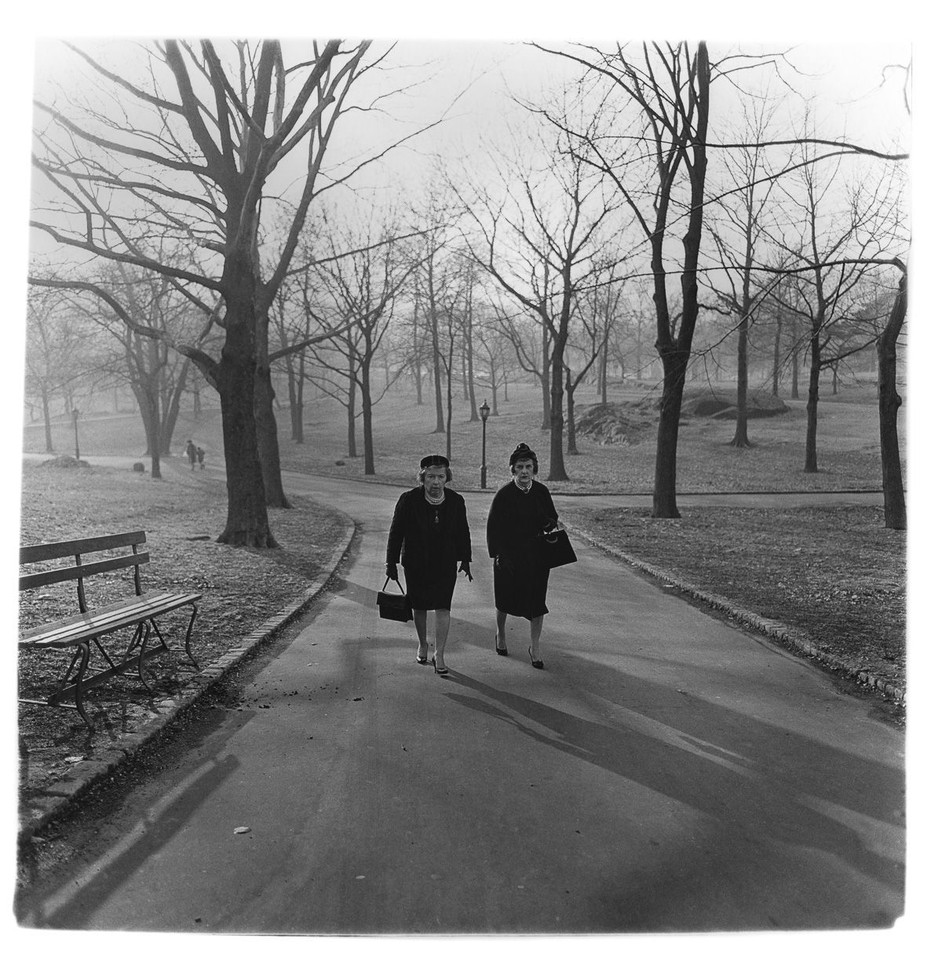 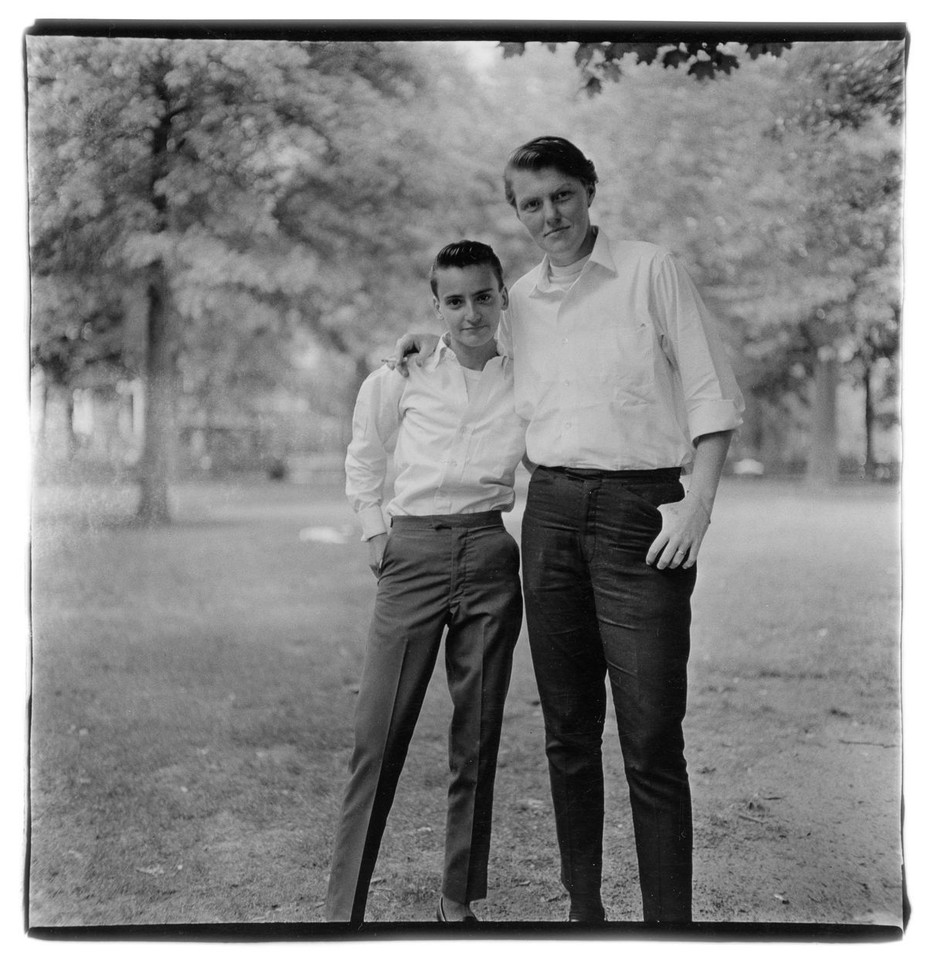 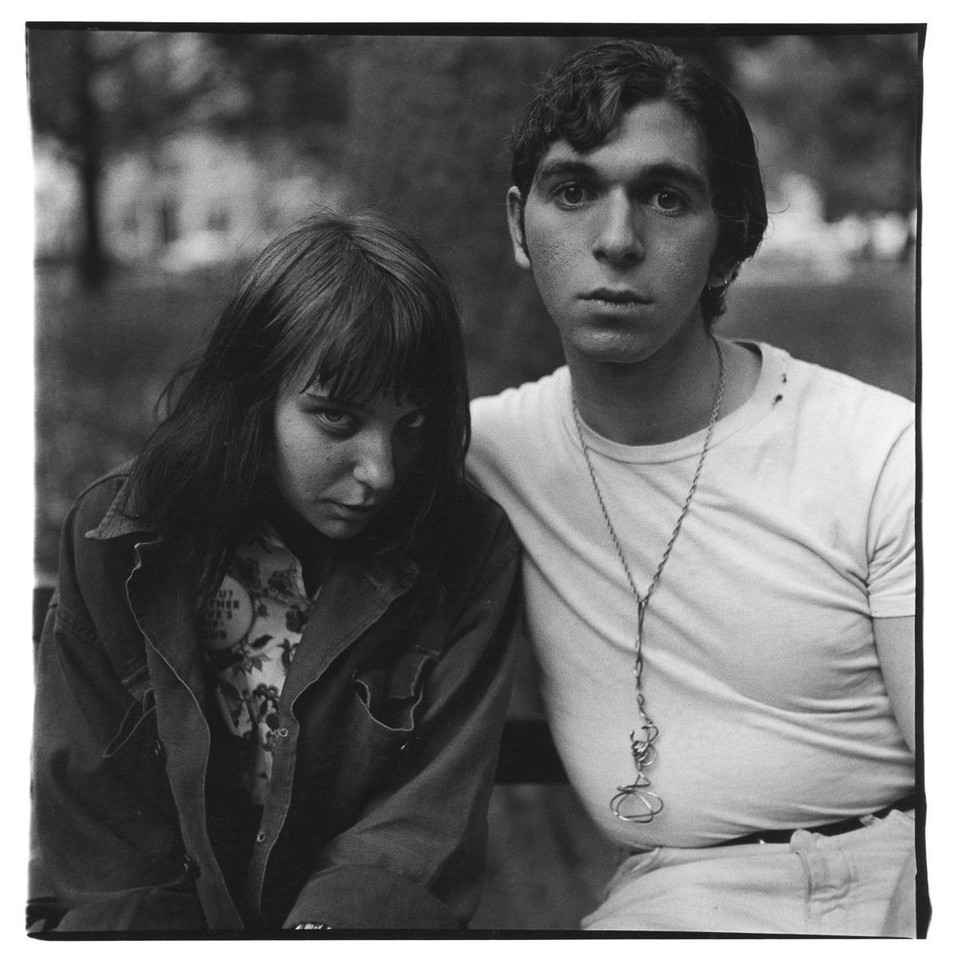 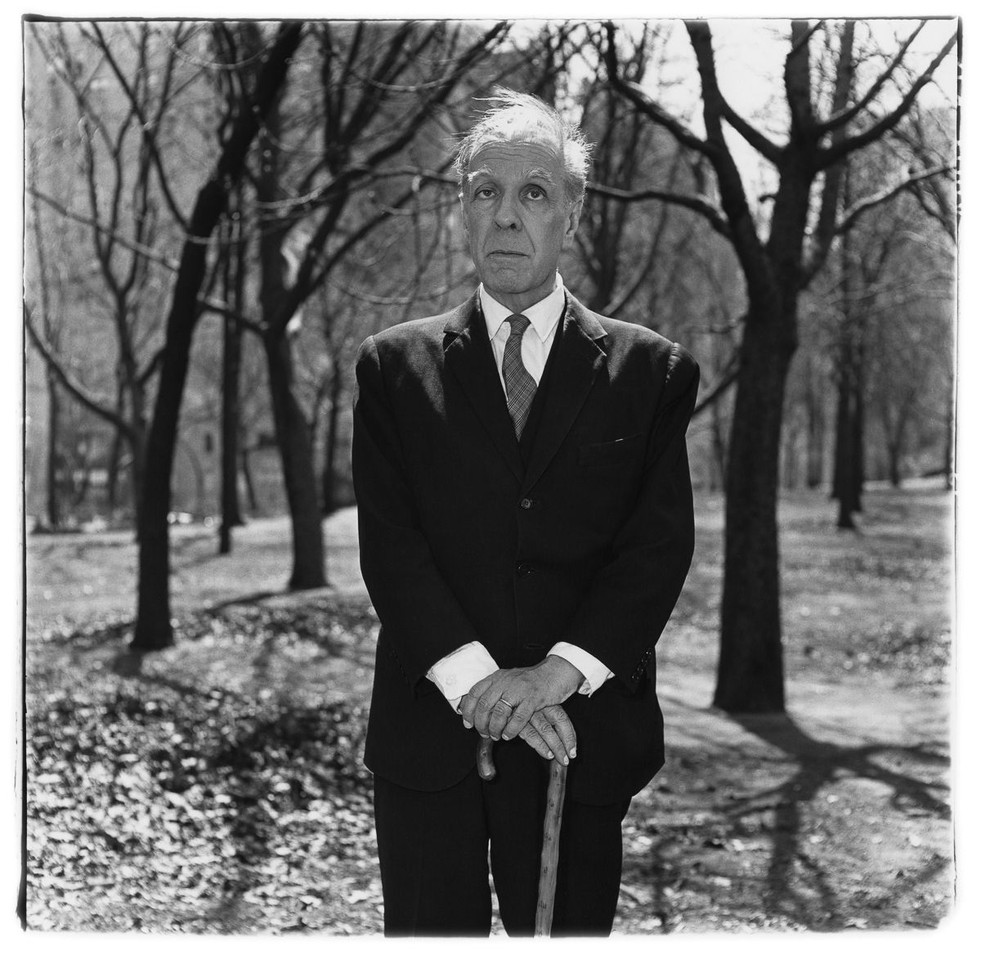 The images Arbus made in Central Park and Washington Square are the subject of a new show, Diane Arbus: In the Park, on view at the Lévy Gorvy gallery in New York through June 24.

The exhibit features photos from throughout Arbus’ brief but storied 15-year career, including some of her most famous images, such as Child with a toy hand grenade in Central Park, N.Y.C. 1962, as well as many others that have never before been displayed.

A rare TV film from 1972. Patti Smith is in love with New York, its art and artists. Will she one day be a star? Jonathan Miller returns to the city where he once starred in 'Beyond the Fringe'. A freewheeling portrait, through two pairs of eyes, of the city that can make or break you.

Laurie Anderson in "Heart of a Dog"

You know, I live in downtown Manhattan next to the Westside Highway, right near a major tunnel into the city and for the last three years my corner has been a police checkpoint and there're constant sirens and blockades. And during orange alert motorcades of police cars go screaming up the highway as they train for maneuvers. And across the street, hidden at the end of the pier, there's the FBI headquarters. So lately, I've tried to get out of town as much as possible. So I'd been going on these ten day walks. And last spring I decided to go to the mountains. And the idea was to take a trip with my dog Lolabelle and spend some time out there and do a kind of experiment to see if I could learn to talk with her. I had heard that rat terriers could understand about 500 words, so I wanted to see which ones they were. Now, terriers are working dogs and they're all about security and they're bred to protect borders. And so they do these constant perimeter checks looking for any suspicious holes or bricks in the walls, little irregularities. So, Lolabelle does her rounds around my studio every day and she also does a bit of herding. So, when new people come into a room she taps them on the knee with her nose to take a running count and then she trains her eye on the door, keeping track of the motion in and out. But if someone leaves the room she can't subtract. Let's see… ten minus one would be…. So she has to start counting all over again from the top, so this is like a really time consuming job. Now, I took Lolabelle to California up into the northern mountains to a little isolated cabin near a Zen monastery. And they brought food up from the monastery every few days but we never actually saw anyone. The bread and the vegetables and supplies just appeared once in a while near the gate. And so it was an ideal place for an experiment like this one. Now, it was February and the mountains were covered with these tiny wild flowers. And every day was so beautiful. We just got up and went out and it was so dazzling and peaceful, this huge tall sky, very thin pale blue air and hawks circling. So, every morning we just headed out and started walking and what happened was, more or less, beauty got on the way with the experiment. It was just so beautiful up there and I forgot about the whole project really. It just slipped my mind. Now, most days we walked down to the ocean which took a few hours and we almost never saw anyone on the trails and Lolabelle would trot in front of me on the path, checking it out and doing little advance work, a little surveillance, and then for fun, sometimes, she'd drop back and hide behind a rock. And I would turn around and come running back up the path calling her name and then she would jump out from behind the rock just laughing her head off. And then we'd just keep on going and just sort of goofing around and checking out plants and lying down and having snacks of carrots. Now, occasionally, out of the corner of my eye I'd see some turkey vultures circling in this very lazy way, way up in the sky. And I didn't think much about it. And then one morning, suddenly, there they were, swooping down right in front of me and I could smell them before I could see them. This wild and super funky draft of air like somebody's really, really bad breath. And I turned around and they were dropping down through the air, lowering themselves straight down vertically like helicopters with their claws open right on top of Lolabelle. And it seemed impossible that could just hover like that. And then I realized that they were just hovering there because they were in the middle of changing their plan. This white thing that had looked like a bunny from 2,000 feet was turning out to be just a little too big to grab by the neck and they were hanging there for a moment, weighing, calculating, trying to figure it out. And then I saw Lolabelle's face. And she had one of these brand new expressions. And first was the realization that she was prey and that these birds had actually come to kill her. And second was a whole new thought. It was the realization that they could come from the air. I mean, I just never thought of that. A whole 180 more degrees that I'm now responsible for. It's not just the stuff down here, the paths and the roots and the ocean and the smells and the dirt but all of this, too. And the rest of the time we were in the mountains out on the trails she just kept looking over her shoulder and trotting along with her head in the air. And she had this whole new gait, just very awkward and her nose not to the ground, you know, following the smells but pointing straight up, sniffing and sampling, scanning the thin sky. Like there's something wrong with the air. And I thought "Where have I seen this look before?". And then I realized it was the same look on the faces of my neighbors in New York in the days right after 9/11 when they suddenly realized first: that they can come from the air. And second: that it would be that way from now on. It would always be that way. And we had passed through a door. And we would never be going back.

Teaser _ Portuguese from SoHo from Arte Institute on Vimeo.

Synopsis | The documentary "Portuguese from Soho- A story that changed geography" tells the story of the Portuguese emigrants that arrived to SoHo after the Second World War. Through their story we discover the history of this neighborhood and of the city of New York.

A modernist, techno-utopia landed in New York in 1939, rocketing kids from the Depression into ‘The World of Tomorrow.’ Directed by Amanda Murray. 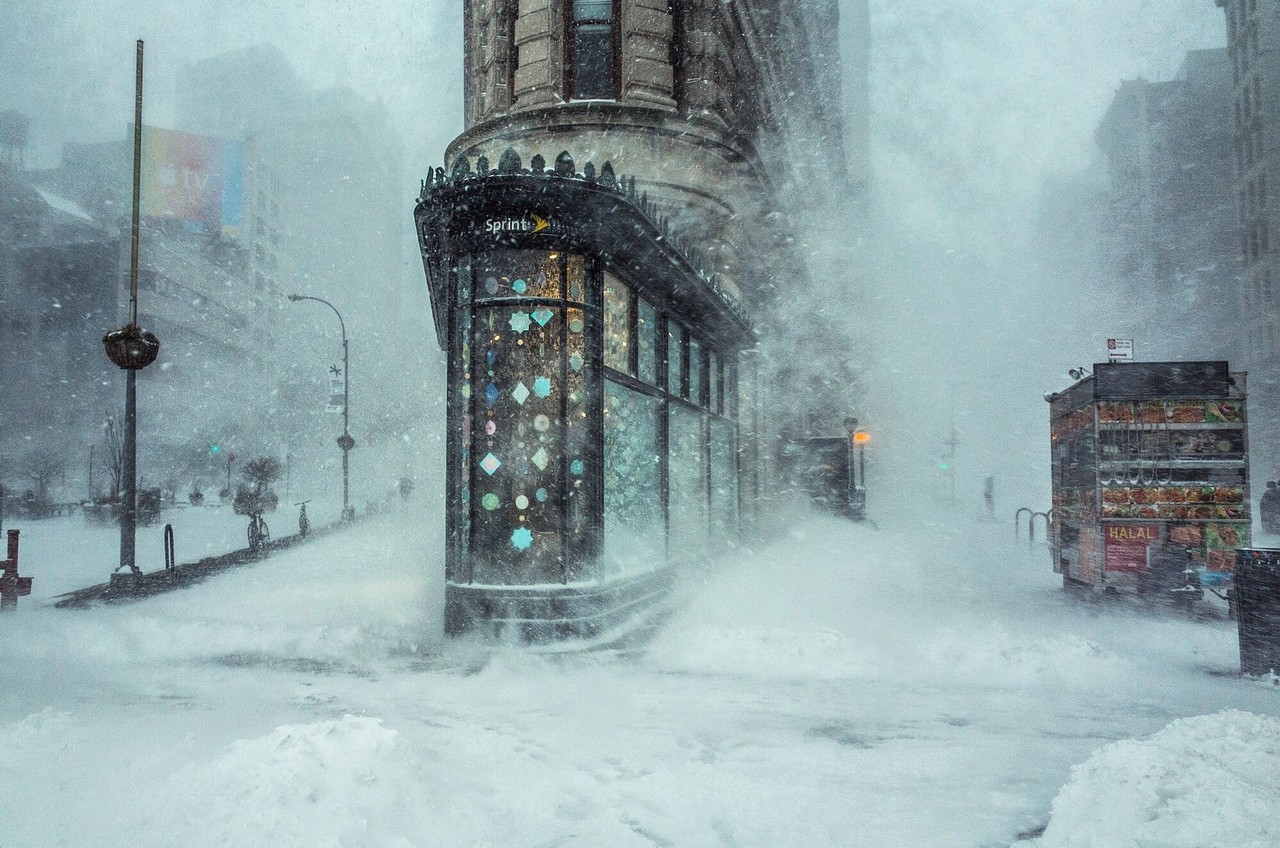