Ocean Vuong - Not Even This

I used to be a fag now I’m a checkbox.

The pen tip jabbed in my back, I feel the mark of progress.

I will not dance alone in the municipal graveyard at midnight, blasting sad
songs on my phone, for nothing.

I promise you, I was here. I felt things that made death so large it was
indistinguishable from air—and I went on destroying inside it like wind in
a storm.

The way Lil Peep says I’ll be back in the mornin’  when you know how it ends.

The way I kept dancing when the song was over, because it freed me.

The way the streetlight blinks once, before waking up for its night shift, like
we do.

The way we look up and whisper sorry to each other, the boy and I, when
there’s teeth.

When there’s always teeth, on purpose.

When I threw myself into gravity and made it work. Ha.

I made it out by the skin of my griefs.

Once, at a party set on a rooftop in Brooklyn for an “artsy vibe,” a young
woman said, sipping her drink, You’re so lucky. You’re gay plus you get to
write about war and stuff. I’m just white. [Pause.] I got nothing. [Laughter,
glasses clinking.]

Unlike feelings, blood gets realer when you feel it.

Because everyone knows yellow pain, pressed into American letters, turns
to gold.

Our sorrow Midas-touched. Napalm with a rainbow afterglow.

I’m trying to be real but it costs too much.

They say the Earth spins and that’s why we fall but everyone knows it’s the
music.

It’s been proven difficult to dance to machine gun fire.

Still, my people made a rhythm this way. A way.

My people, so still, in the photographs, as corpses.

My failure was that I got used to it. I looked at us, mangled under the TIME
photographer’s shadow, and stopped thinking, Get up, get up.

I saw the graveyard steam in the pinkish dawn and knew the dead were still
breathing. Ha.

If they come for me, take me home take me out.

What if it wasn’t the crash that made me, but the debris?

What if it was meant this way: the mother, the lexicon, the line of cocaine on
the mohawked boy’s collarbone in an East Village sublet in 2007?

What’s wrong with me, Doc? There must be a pill for this.

Too late—these words already shrapnel in your brain.

Impossible in high school, I am now the ultimate linebacker. I plow through
the page, making a path for you, dear reader, going nowhere.

Because the fairy tales were right. You’ll need magic to make it out of here.

Long ago, in another life, on an Amtrak through Iowa, I saw, for a few blurred
seconds, a man standing in the middle of a field of winter grass, hands at his
side, back to me, all of him stopped there save for his hair scraped by low
wind.

When the countryside resumed its wash of gray wheat, tractors, gutted
barns, black sycamores in herdless pastures, I started to cry. I put my copy
of Didion’s The White Album down and folded a new dark around my head.

The woman beside me stroked my back saying, in a Midwestern accent that
wobbled with tenderness, Go on son. You get that out now. No shame in
breakin’ open. You get that out and I’ll fetch us some tea. Which made me
lose it even more.

She came back with Lipton in paper cups, her eyes nowhere blue and there.
She was silent all the way to Missoula, where she got off and said, patting my
knee, God is good. God is good.

I can say it was beautiful now, my harm, because it belonged to no one else.

To be a dam for damage. My shittiness will not enter the world, I thought,
and quickly became my own hero.

Time is a mother.

Lest we forget, a morgue is also a community center.

In my language, the one I recall now only by closing my eyes, the word for
love is Yeu.

And the word for weakness is Yếu.

How you say what you mean changes what you say.

Some call this prayer. I call it watch your mouth.

When they zipped my mother in a body bag I whispered: Rose, get out of there.
Your plants are dying.

Body, doorway that you are, be more than what I’ll pass through.

Stillness. That’s what it was.

The man in the field in the red sweater, he was so still he became, somehow,
more true, like a knife wound in a landscape painting.

I caved and decided it will be joy from now on. Then everything opened. The
lights blazed around me into a white weather

and I was lifted, wet and bloody, out of my mother, screaming

It’s been a long time since my body.
Unbearable, I put it down
on the earth the way my old man
rolled dice. It’s been a long time since
time. But I had weight back there. Had substance
& sinew, damage you could see
by looking between your hands & hearing
blood. It was called reading, they told me,
too late. But too late. I red. I made a killing
in language & was surrounded
by ghosts. I used my arsenal
of defunct verbs & broke
into a library of second chances,
the E.R. Where they bandaged
my head, even as the black words
kept seeping through,
like this. Back there, I couldn’t
get the boys to look at me
even in my best jean jacket.
It was 2006 or 1865 or .327.
What a time to be alive! they said,
this time louder, more assault rifles.
Did I tell you? I come from a people of sculptors
whose masterpiece was rubble. We
tried. Indecent, tongue-tied, bowl-cut & diabetic,
I had a feeling. The floorboards creaked
as I wept motionless by the rehab window.
If words, as they claimed, had no weight
in our world, why did we keep
sinking, Doctor—I mean
Lord—why did the water swallow
our almost human hands
as we sang? Like this.

brushing my teeth at 2
in the morning I say
over my shoulder
you guys you guys I’m serious
what are we going to make
of this mess my voice
muffled with wintergreen foam what
are we going to do now
that it hurts when I look
at those I love like
you two you
who have been through
so much together the thick & thin the skin
of it I’m proud of you both
I say as the foam pinkens
through my lips I’m told
our blood is green but touches the world
with endings my name a place
where I’ve waited for
collisions you guys are
you listening I’m sorry
for being useful only
in language are you still
with me I ask as I peer into the tub
where I placed them gently down
the two white rabbits
I had found on harris st the way back
from Emily’s where we watched American Dad!
on her mom’s birthday her mom
who would have been 56
this year we ate rocky road
in bowls with blue tulips
I’m too tired she said
to be this happy
& we laughed without
moving our hands perhaps
the rabbits are lovers or sisters sometimes
it’s hard to tell sex
from breathing
earlier I had scooped them
from the pavement
they were crushed but only
kinda one
had a dented half-face
the other’s back flattened like
a courage sock
I cradled them wetly
in my sweatshirt but now
the tub is a red world save for the silent
island of fur flickering
in my fugitive words guys
just wait for me alright
just wait a while longer you guys
I swear I’ll take us home I’ll
leave this place
spotless when I’m done I say
reaching back
to my wisdom teeth forgetting
it’s been 4 years
since they were gone

After Frank O’Hara / After Roger Reeves

The end of the road is so far ahead

it is already behind us.

Don’t worry. Your father is only your father

until one of you forgets. Like how the spine

no matter how many times our knees

are you listening? The most beautiful part

of your body is wherever

Here’s the house with childhood

whittled down to a single red tripwire.

a lifeboat. Here’s the man

whose arms are wide enough to gather

your leaving. & here the moment,

just after the lights go out, when you can still see

the faint torch between his legs.

How you use it again & again

to find your own hands.

You asked for a second chance

& are given a mouth to empty into.

Don’t be afraid, the gunfire

is only the sound of people

get up. The most beautiful part of your body

is where it’s headed. & remember,

with the world. Here’s

the room with everyone in it.

through a wind chime. Here’s a desk

with the gimp leg & a brick

to make it last. Yes, here’s a room

I swear, you will wake—

into its quiet rattle.

How quickly the animal

on a June shore.

Side by side, I see

what I came for, behind

your iris: a tiny mirror.

into its silver syllable

where a fish with my face

with too much to carry.

The TV said the planes have hit the buildings.

& I said Yes because you asked me to stay.

Maybe we pray on our knees because the lord

only listens when we're this close

to the devil.There is so much I want to tell you.

How my greatest accolade was to walk

across the Brooklyn Bridge & not think

a new tongue with no telling

what we've been through. They say the is sky is blue

but I know it's black seen through too much air.

You will always remember what you were doing

when it hurts the most. There is so much

I want to tell you—but I only earned

one life. & I took nothing. Nothing. Like a pair of teeth

at the end. The TV kept saying The planes...

The planes...& I stood waiting in the room

made from broken mocking birds. Their wings throbbing

into four blurred walls. Only you were there.

You were the window. 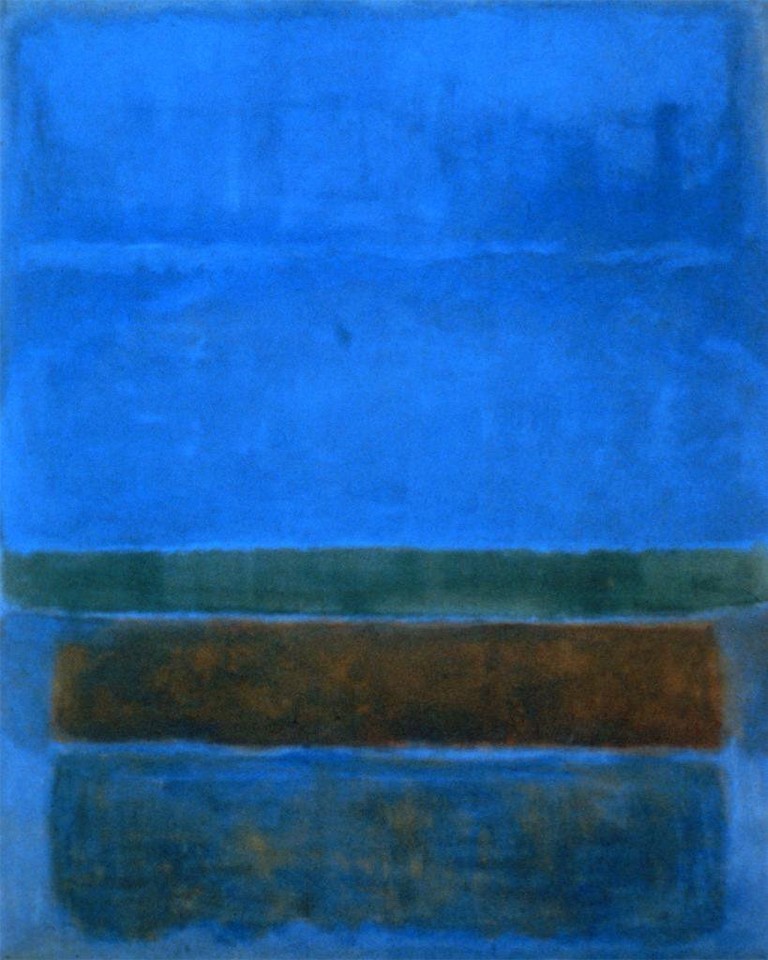 In the summer, it is easy to have
the urge to catch a butterfly.

They flutter about making
acquaintances with all the strangers

while offering ripened melons
to sweeten the tongue's cracks.

could beat a heart to death
creeps chills as icy fruit

Upon tasting its nectar
so cool, so satisfying

alone, the silence of a dark car
beckons the comfort of sound.

I whisper - what ifs- to an empty seat
while clutching the wheel for Fall.

That summer I caught a butterfly
and devoured bowls of melons

but out of all those lies
"I love you" was most delicious.

Ocean Vuong - A Little Closer to the Edge

Young enough to believe nothing

will change them, they step, hand-in-hand,

into the bomb crater. The night full

from shattering against her cheek, now dims

In this version the snake is headless — stilled

another hour. His hand. His hands. The syllables

into her — as the field shreds itself

with cricket cries. Show me how ruin makes a home

out of hip bones. O mother,

how to hold a man the way thirst

our mouths. Let every kiss hit the body

the earth with red hooves. & I am your son.

Ocean Vuong on why reading poetry is political