She Wept For Me

People Have The Power

Patti Smith's official music video for 'People Have The Power'.

In the form of shinin' valleys
Where the pure air recognized
Oh, and my senses newly opened
And I awakened to the cry

Singer and artist Patti Smith reads from Oscar Wilde’s 100-page letter De Profundis, which he wrote during his two-year incarceration in Reading Prison.

For the first time this notorious prison has opened to the public where artists, writers, performers and ex-prisoners have been responding to the work of Wilde and the environment of the prison itself.

A rare TV film from 1972. Patti Smith is in love with New York, its art and artists. Will she one day be a star? Jonathan Miller returns to the city where he once starred in 'Beyond the Fringe'. A freewheeling portrait, through two pairs of eyes, of the city that can make or break you. 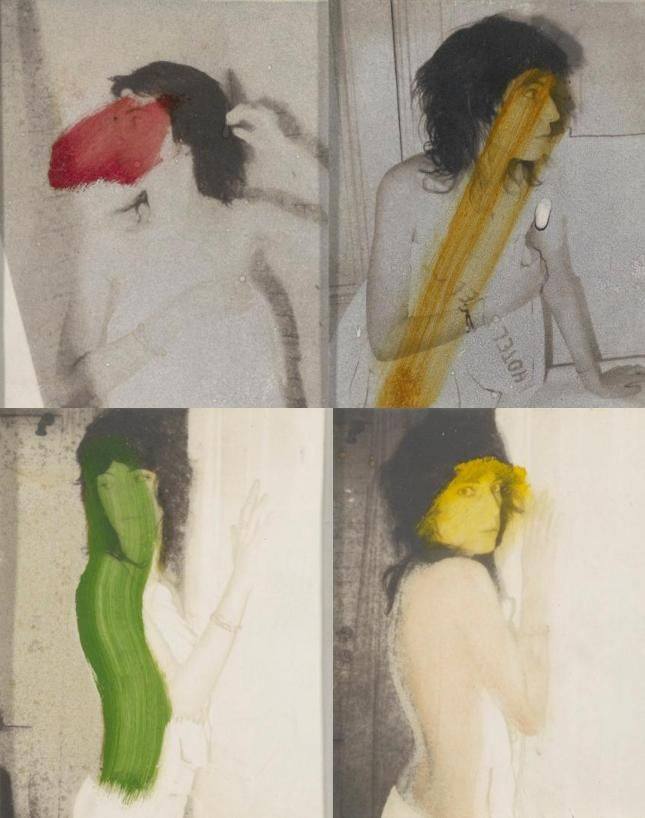 Hello everybody. On October 27th, 2013, I was at Rockaway Beach, and I got the message that Lou Reed had passed. It was a solitary moment. I was by myself, and I thought of him by the ocean, and I got on the subway back to New York City. It was a 55-minute ride, and in that 55 minutes, when I returned to New York City, it was as if the whole city had transformed. People were crying on the streets. I could hear Lou's voice coming from every café. Everyone was playing his music. Everyone was walking around dumbfounded. Strangers came up to me and hugged me. The boy who made me coffee was crying. It was the whole city. It was more [Pauses] Sorry. I realized, at that moment, that I had forgotten, when I was on the subway, that he was not only my friend, he was the friend of New York City.
I made my first eye contact with Lou dancing to the Velvet Underground when they were playing upstairs at Max’s Kansas City in the summer of 1970. The Velvet Underground were great to dance to because they had this sort of transformative, like a surf beat. Like a dissonant surf beat. They were just fantastic to dance to. And then somewhere along the line, Lou and I became friends. It was a complex friendship, sometimes antagonistic and sometimes sweet. Lou would sometimes emerge from the shadows at CBGBs. If I did something good, he would praise me. If I made a false move, he would break it down.
One night, when we were touring, separately, we wound up in the same hotel, and I got a call from him, and he asked me to come to his room. He sounded a little dark, so I was a little nervous. But I went up, and the door was open, and I found him in the bathtub dressed in black. So I sat on the toilet and listened to him talk. It seemed like he talked for hours, and he talked about, well, all kinds of things. He spoke compassionately about the struggles of those who fall between genders. He spoke of pre-CBS Fender amplifiers and political corruption. But most of all, he talked about poetry. He recited the great poets — Rupert Brooke, Hart Crane, Frank O’Hara. He spoke of the poets' loneliness and of the poets' dedication to the highest muses. When he fell into silence, I said, "Please, take care of yourself, so the world can have you as long as it can." And Lou actually smiled.
Everything that Lou taught me, I remember. He was a humanist, heralding and raising the downtrodden. His subjects were his royalty that he crowned in lyrics without judgment or irony. He gave us, beyond the Velvet Underground, Transformer and "Walk on the Wild Side," Berlin, meditations to New York, homages to Poe and his mentor Andy Warhol and Magic and Loss.
His consciousness infiltrated and illuminated our cultural voice. Lou was a poet, able to fold his poetry within his music in the most poignant and plainspoken manner. Oh, such a perfect day. Sorry. [Crying] Such a perfect day. I’m glad I spent it with you. You made me forget myself. I thought I was someone else. Someone good. You were good, Lou. You are good.
True poets must often stand alone. As a poet, he must be counted as a solitary artist. And so, Lou, thank you for brutally and benevolently injecting your poetry into music. And for this, we welcome you, Lou Reed, into the Rock and Roll Hall of Fame.

Killer Road is a sound exploration of Nico's tragic death while riding her bike on the island of Ibiza. A hypnotic meditation on the idea of perpetual motion and the cycle of life and death, the composition features the unique voice of Patti Smith whispering Nico's last poems and Nico's signature instrument, the harmonium.
The sound production features the participation of Stefan Betke - aka Pole (~Scape).