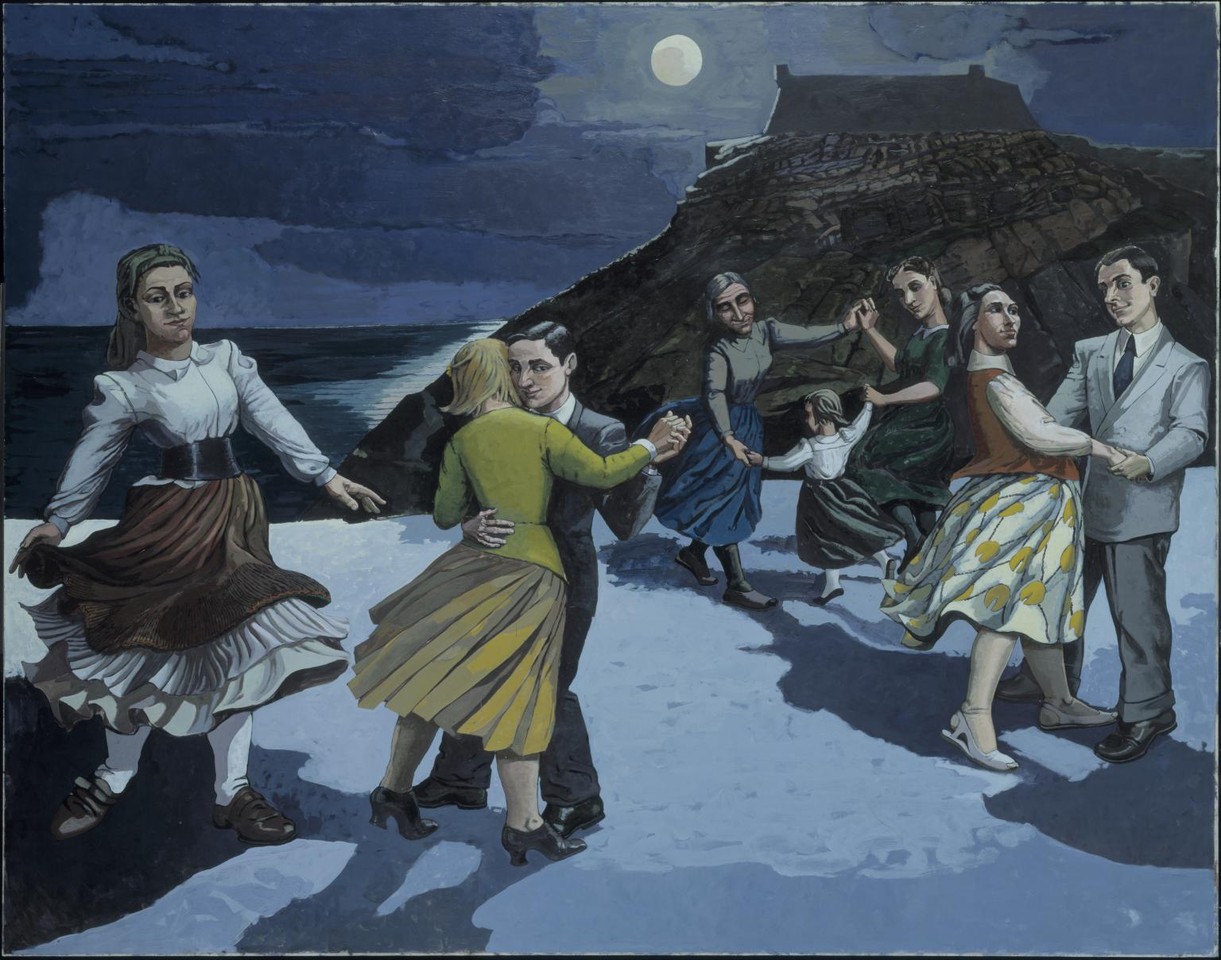 The Dance 1988 is a large painting featuring eight figures dancing in the foreground on a moon-lit beach. The figures include a group of three women of varying ages moving in a circle holding hands, two dancing couples (including one woman who seems to be pregnant), and a woman stood alone on the left-hand side of the composition. In the background on the right-hand side of the painting is a large, steep and craggy cliff, on top of which stands an imposing fortress-like structure, depicted in silhouette against a deep blue sky filled with inky clouds and a full moon.The work has a dream-like quality, heightened by its night-time setting, the lengthy shadows cast by the figures, and by Rego’s unusual use of scale, with the woman on her own appearing to be much larger than the figures alongside her.

The Dance, which at the time it was made was the largest painting the Portuguese-born British artist Paula Rego had created, was completed in London, where Rego moved permanently in 1976. Rego has claimed that the idea to ‘paint people dancing’ was suggested by her husband, the artist Victor Willing (1928–1988), who died shortly before The Dance was completed (quoted in Tate Liverpool 1997, p.127). Rego has also claimed that Willing suggested adding male figures to the painting, which she then based on her son Nicholas (who sat for her) and on a photograph of her husband (quoted in Museo Nacional Centro de Arte Reina Sofía, p.255). 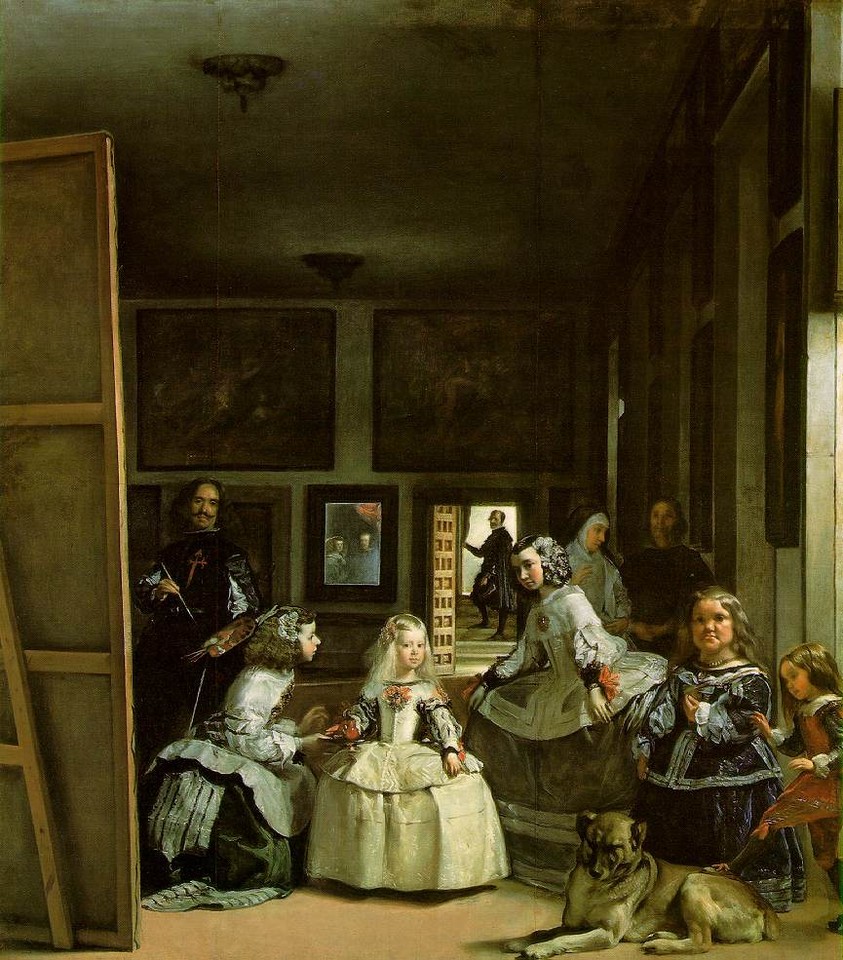