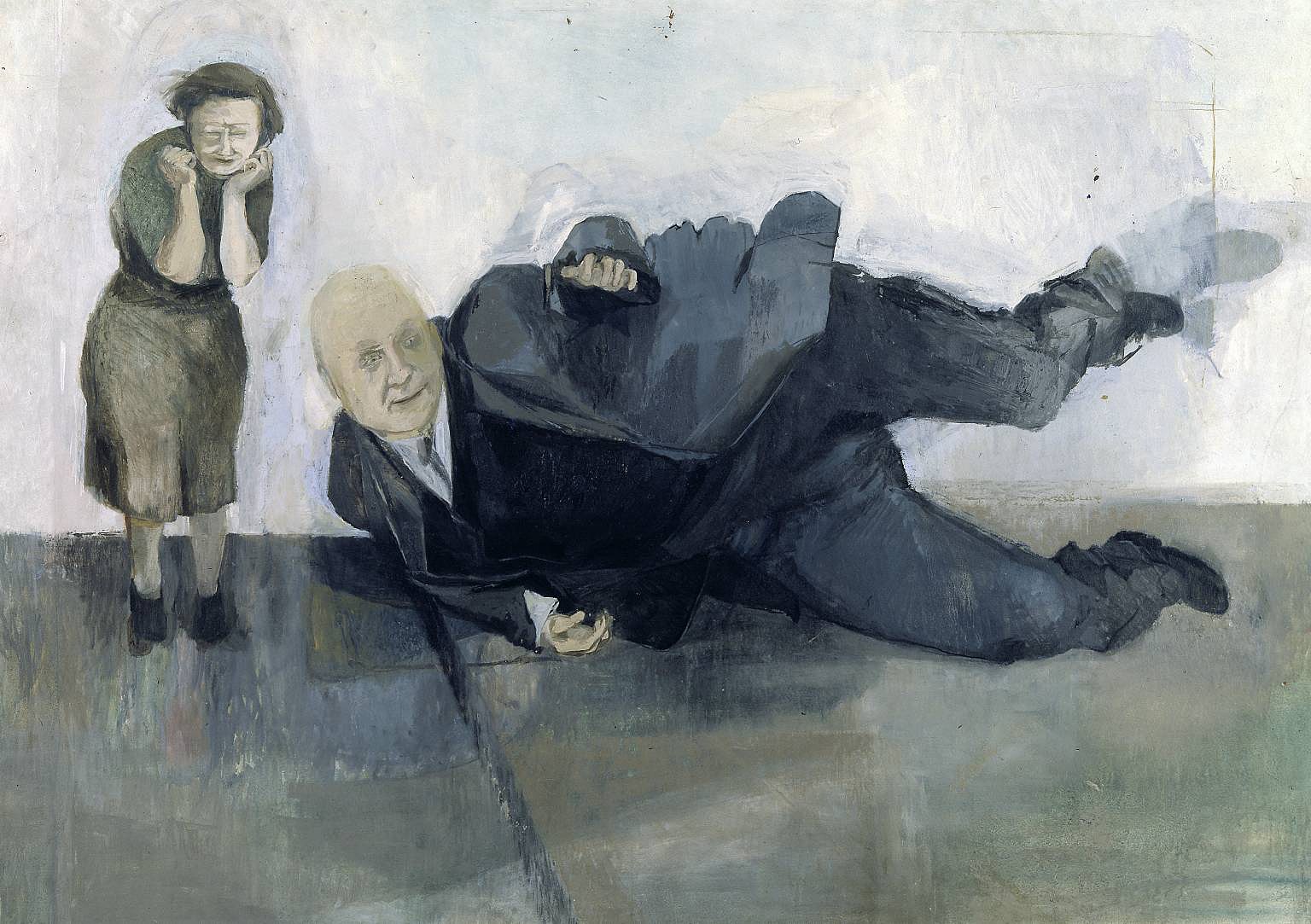 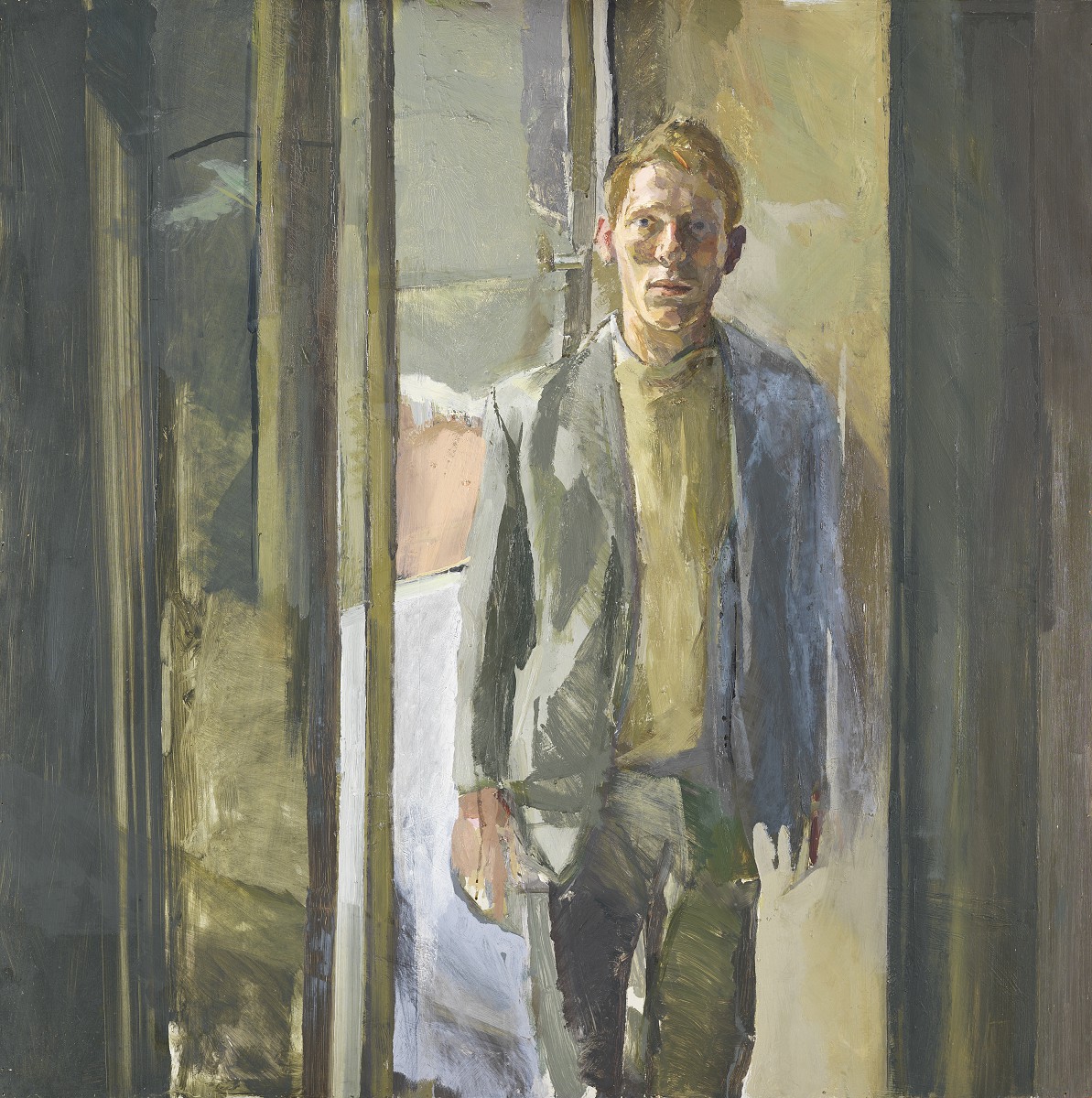 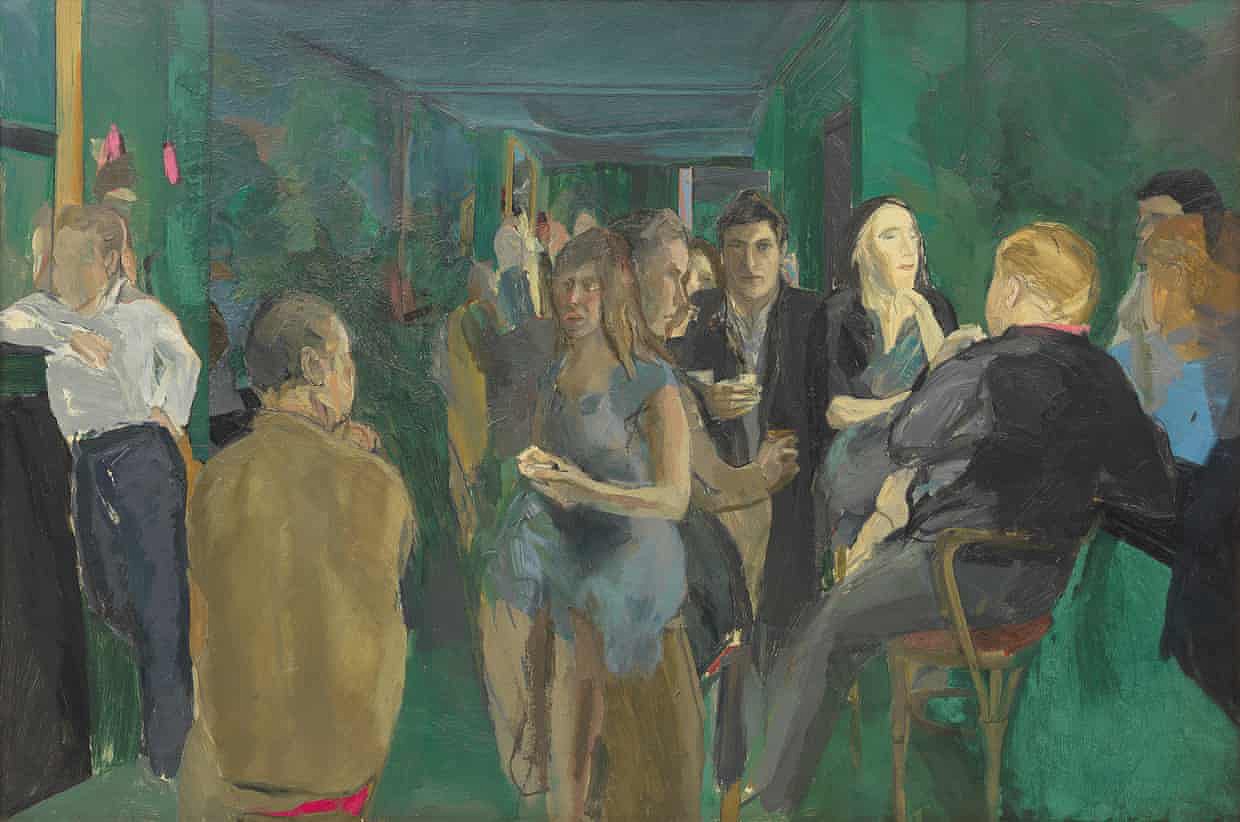 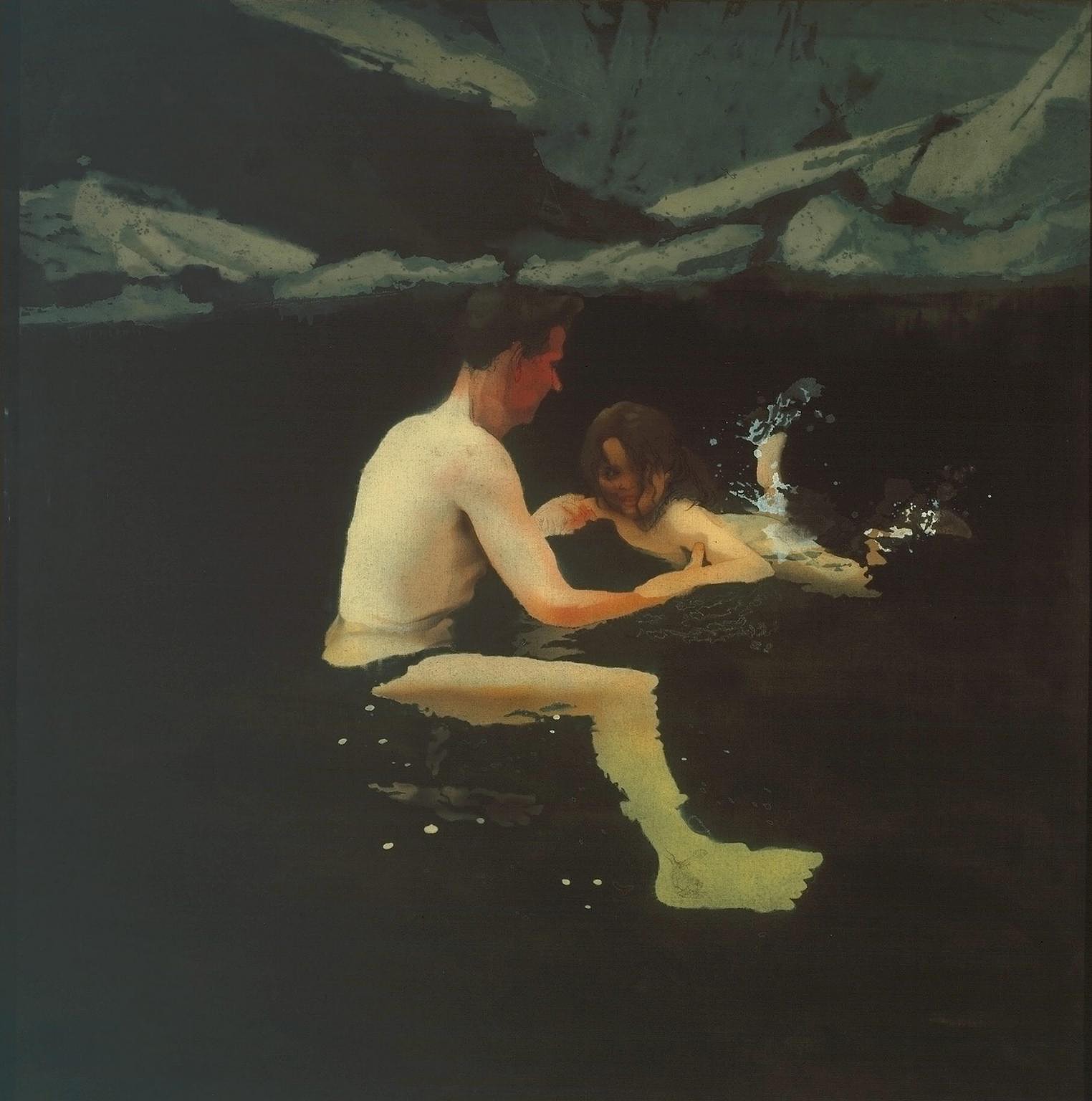 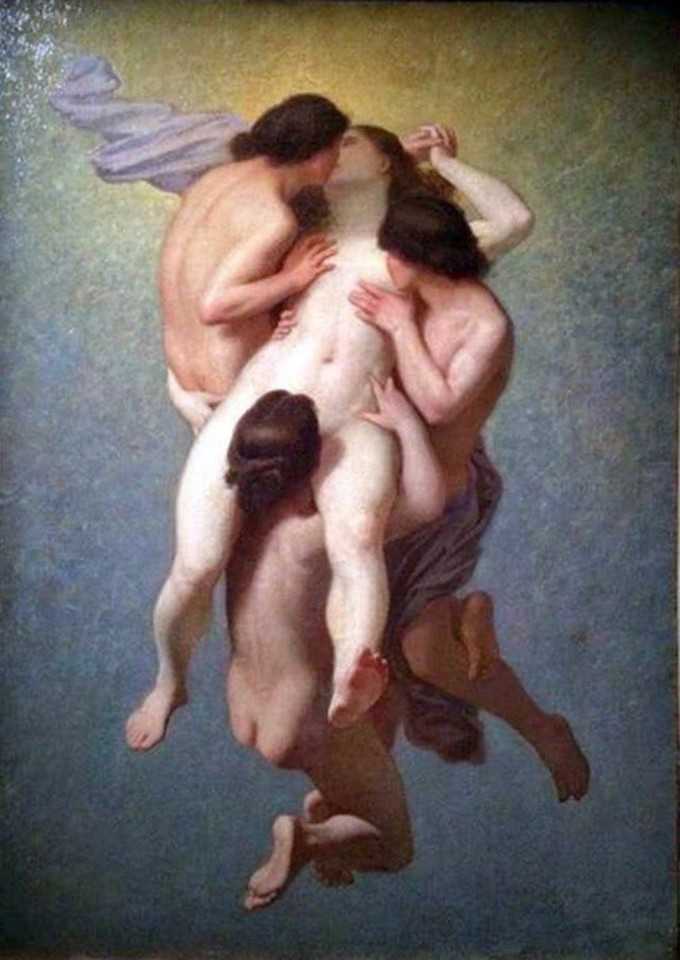 Nicolas François Octave Tassaert (Paris, 26 July 1800 – Paris, 24 April 1874) was a French painter of portraits and genre, religious, historical and allegorical paintings, as well as a lithographer and engraver. He was the grandson of the sculptor Jean-Pierre-Antoine Tassaert. 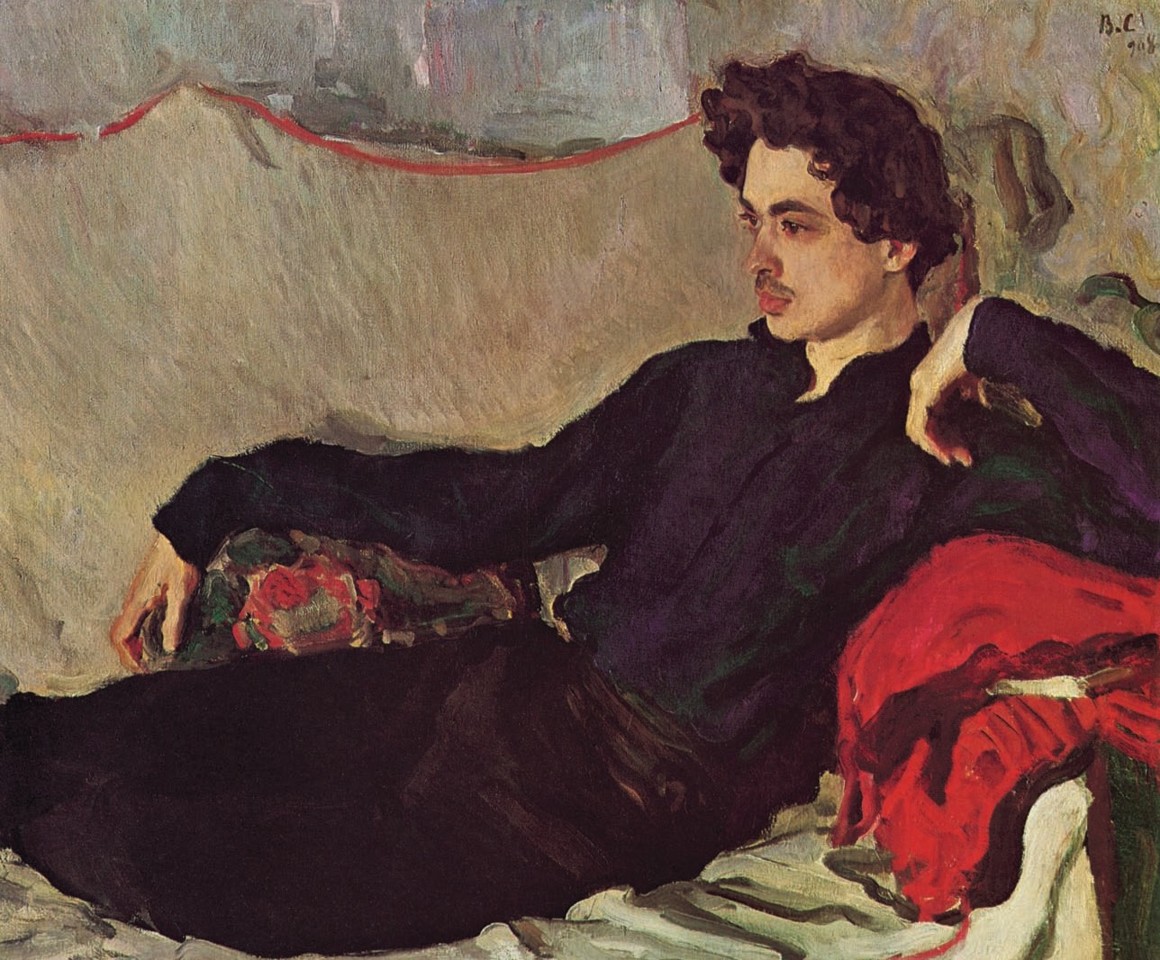 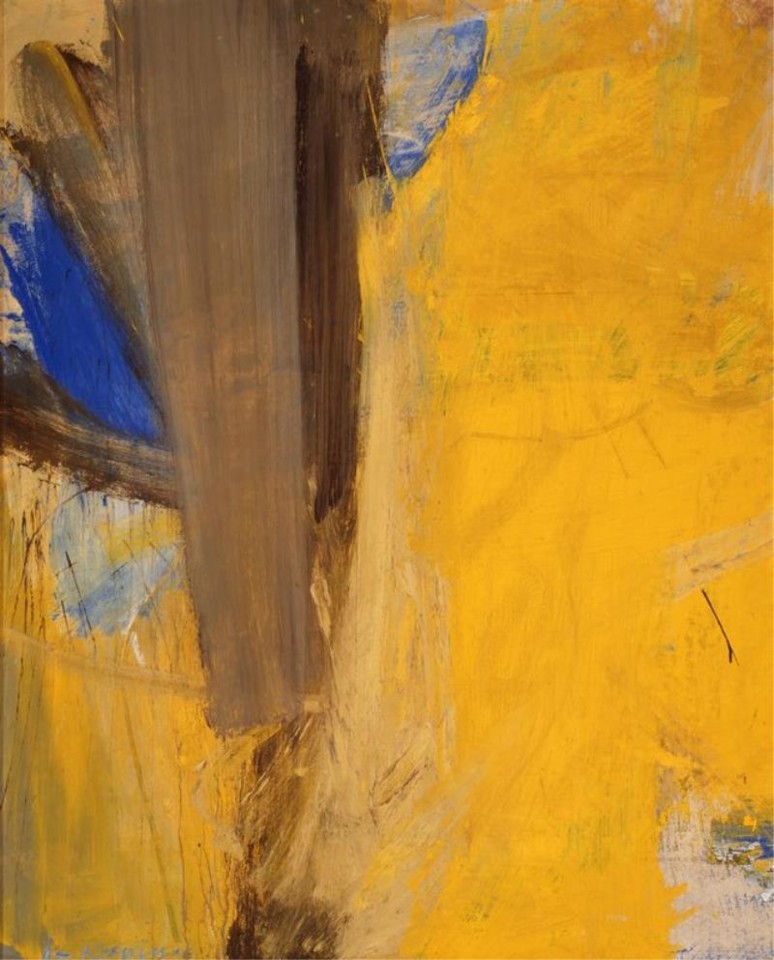 Willem de Kooning, who immigrated to New York City from Rotterdam in 1926, perpetually blurred the boundaries between abstract and representational modes. From 1957 to 1961, de Kooning spent more time in Long Island, away from Manhattan. During this period, he painted a number of suburban parkway landscapes. De Kooning relished the transformation of the terrain from urban to open highway—expanses of concrete, broad fields, and sky—and rendered the experience here in rapid, broad strokes. 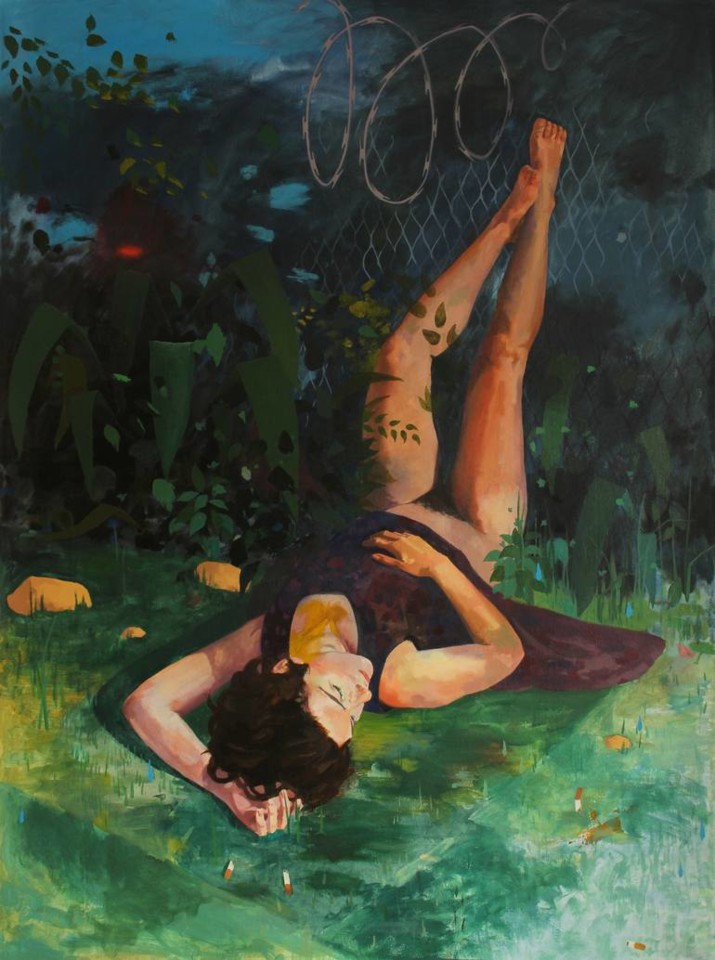 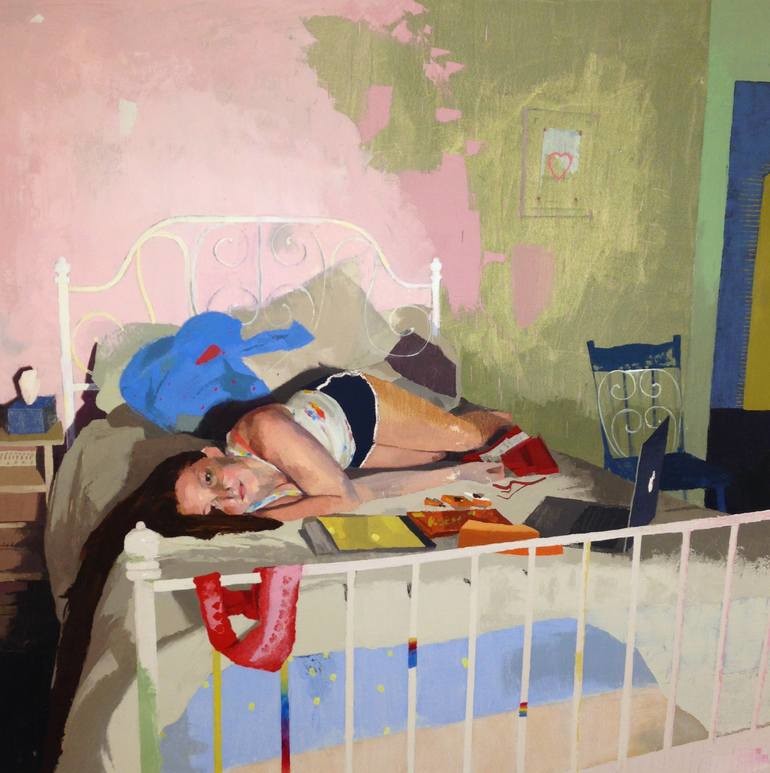 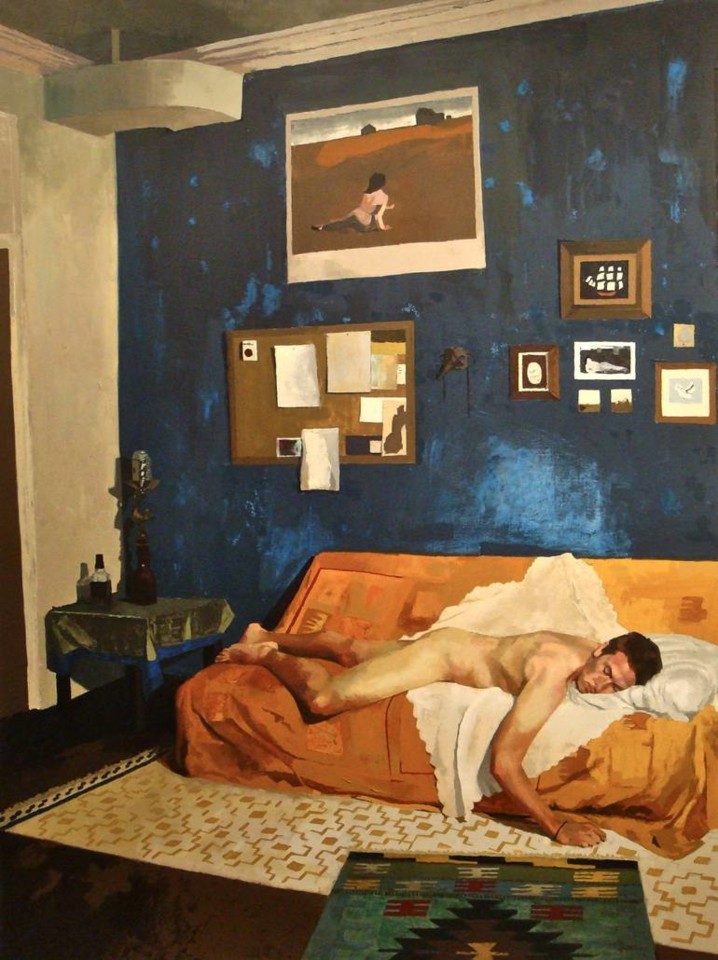 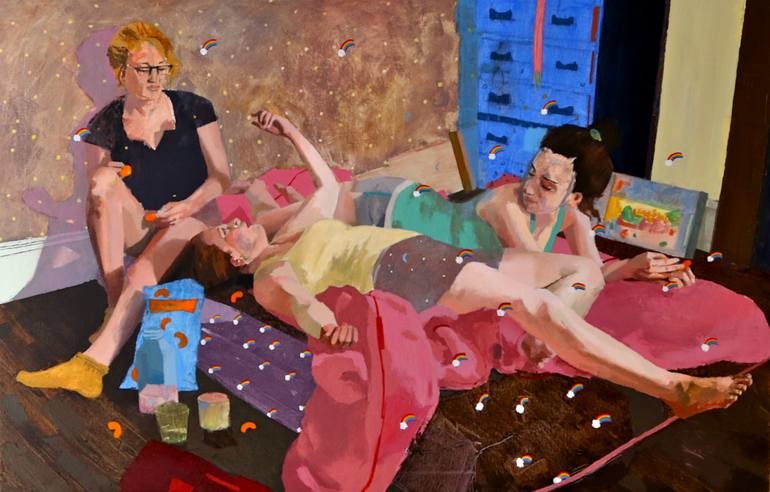 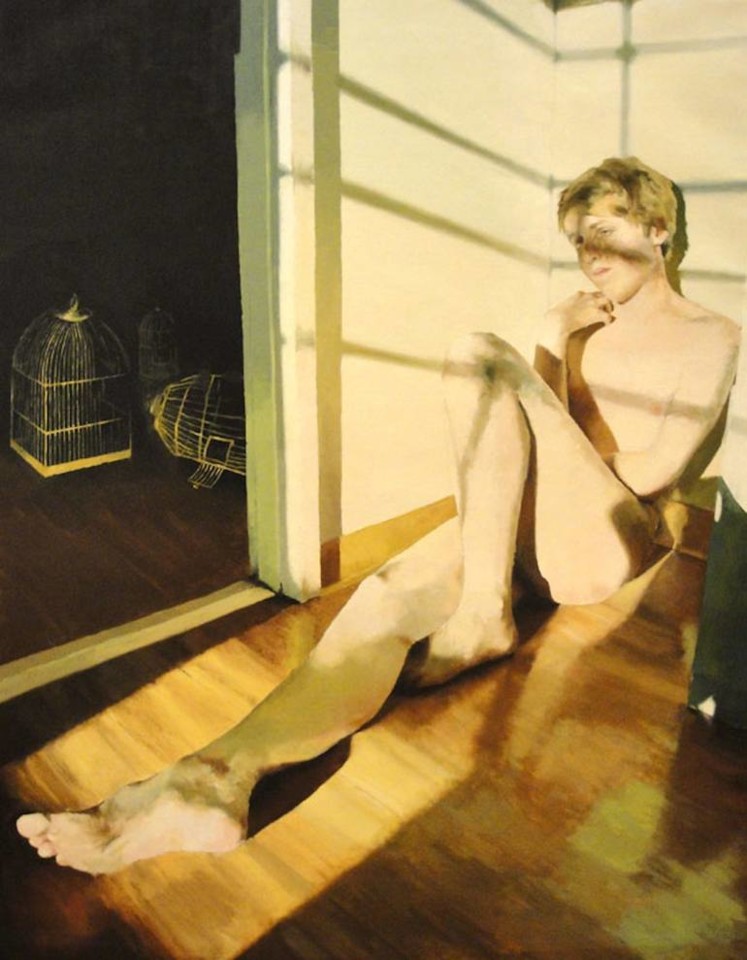 Becca Shmuluvitz graduated from the Maryland Institute College of Art in 2014. She was the 2013 recipient of the Morris Louis scholarship, awarding her 22,000 dollars. Her work has been exhibited at The Dress Shop gallery in Brooklyn NY, Area 405 in Baltimore MD, and the Escola LLOTJA in Barcelona. She now lives and works in Brooklyn, New York. 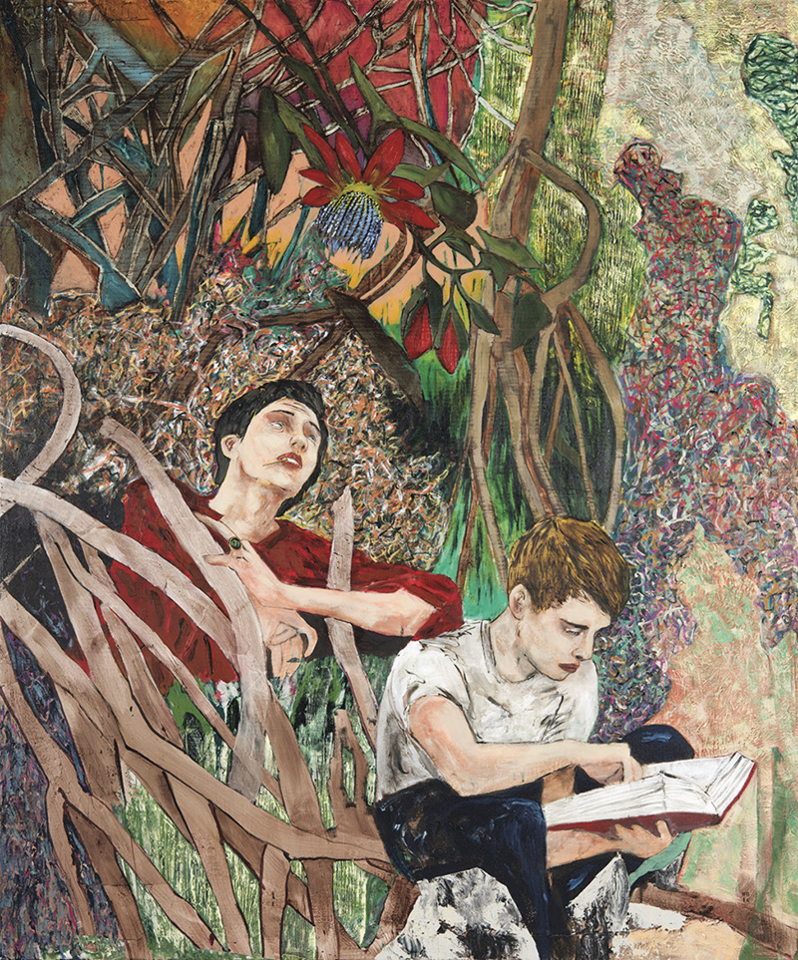 The title Rosy-Fingered Dawn at Louse Point refers to one of Willem de Kooning’s favourite places in Long Island, New York. During his period in Long Island De Kooning rode his bike daily to Louse Point where he observed the water. While this painting recalls pastoral nature it was, in fact, painted in the artist’s New York studio shortly before he moved to Long Island. The painting is characterized by large expanses of colour, pastel hues and complex surfaces. Colour accumulates to a thick impasto. In this abstract portrayal of a landscape De Kooning was driven by intuition and memory. The artist’s use of pink is reminiscent of flesh and brings to mind his statement: “The landscape is in the Woman and there is Woman in the landscape.” This was De Kooning’s first painting to be acquired by a European museum. Artemisia Lomi or Artemisia Gentileschi (July 8, 1593 – c. 1656) was an Italian Baroque painter, now considered one of the most accomplished seventeenth-century artists working in the style of Caravaggio. In an era when women had few opportunities to pursue artistic training or work as professional artists, Artemisia was the first woman to become a member of the Accademia di Arte del Disegno in Florence and had an international clientele.