Don't Let Me Down

Written by John as an expression of his love for Yoko Ono, the song is heartfelt and passionate. As John told Rolling Stone magazine in 1970, “When it gets down to it, when you’re drowning, you don’t say, ‘I would be incredibly pleased if someone would have the foresight to notice me drowning and come and help me,’ you just scream.”

During filming on the roof of Apple, two days after the recording of the track, the band played ‘Don’t Let Me Down’ right after doing two versions of 'Get Back’ and it led straight into 'I’ve Got A Feeling’. Michael Lindsay-Hogg was once again directing a Beatles’ shoot. He and Paul met regularly at the tail end of 1968, while Hogg was directing The Rolling Stones Rock and Roll Circus, to discuss the filming of The Beatles’ session in January. By the time that fateful Thursday came around, the penultimate day of January would be the last time The Beatles ever played together in front of any kind of audience.

I first performed Blackbird in 2014, but I didn’t have a chance to record it until 2017. When I hear “Blackbird” and especially when I play it, I feel a sense of freedom, hope and thankfulness. - Joey Alexander

“When you talk about destruction, don’t you know that you can count me out"

“Plugging directly into the Abbey Road desk and pushing the needles into the red achieved the fuzz-guitar sound. According to George Martin “We got into distortion on that, which we had a lot of complaints from the technical people about. But that was the idea: it was John’s song and the idea was to push it right to the limit. Well, we went to the limit and beyond.”

“Revolution" was directed by Michael Lindsay-Hogg, and filmed on the 4th September 1968 at Twickenham Film Studios.

“Don’t you know it’s gonna be all right”

A Day In The Life

“If you listen to my playing, I try to become an instrument; play the mood of the song. For example, ‘Four thousand holes in Blackburn, Lancashire,’ - boom ba bom. I try to show that; the disenchanting mood. The drum fills are part of it.” Ringo Starr

Of very few individual songs can it be said, ‘This changed the course of popular music.’ ‘A Day In The Life’ is one such song.

Recorded in January and February 1967, a large orchestra was assembled for the amazing additional flourishes and fills, although at first the 40 classically trained musicians struggled with the concept of what they were being asked to play.

George Martin and Paul conducted the orchestra and helped to create a finished track that was more than just different, it was utterly unique. Starting from John’s beautiful song, the end result was something simply unbelievable.

As you can see from the film, this was no ordinary recording session. The classical musicians, who had been asked to wear evening dress, took it upon themselves to wear fake noses, funny hats and generally enter into the spirit of the occasion. Filmed between 8pm and 1am with guests including Mick Jagger and Keith Richards, the occasion provided some of the inspiration for what transpired during the recording and filming of ‘All You Need Is Love’ for the Our World project.

Jacob Collier performs Eleanor Rigby in session at Maida Vale for BBC Introducing, alongside James Maddren on drums and Robin Mullarkey on bass. 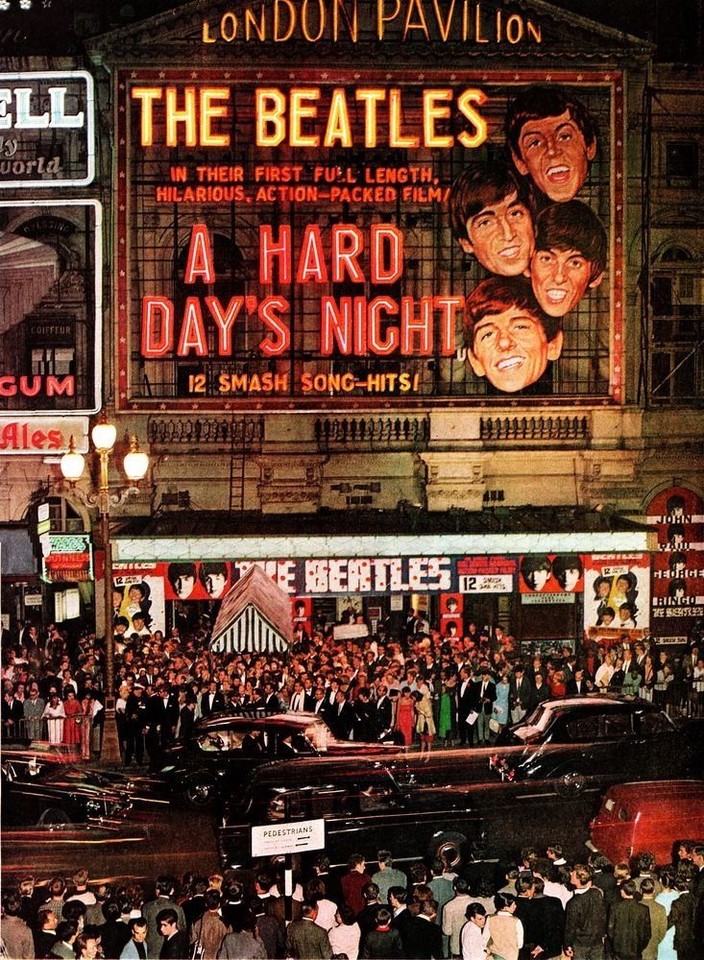