The Mysterious Opacity of Other Beings 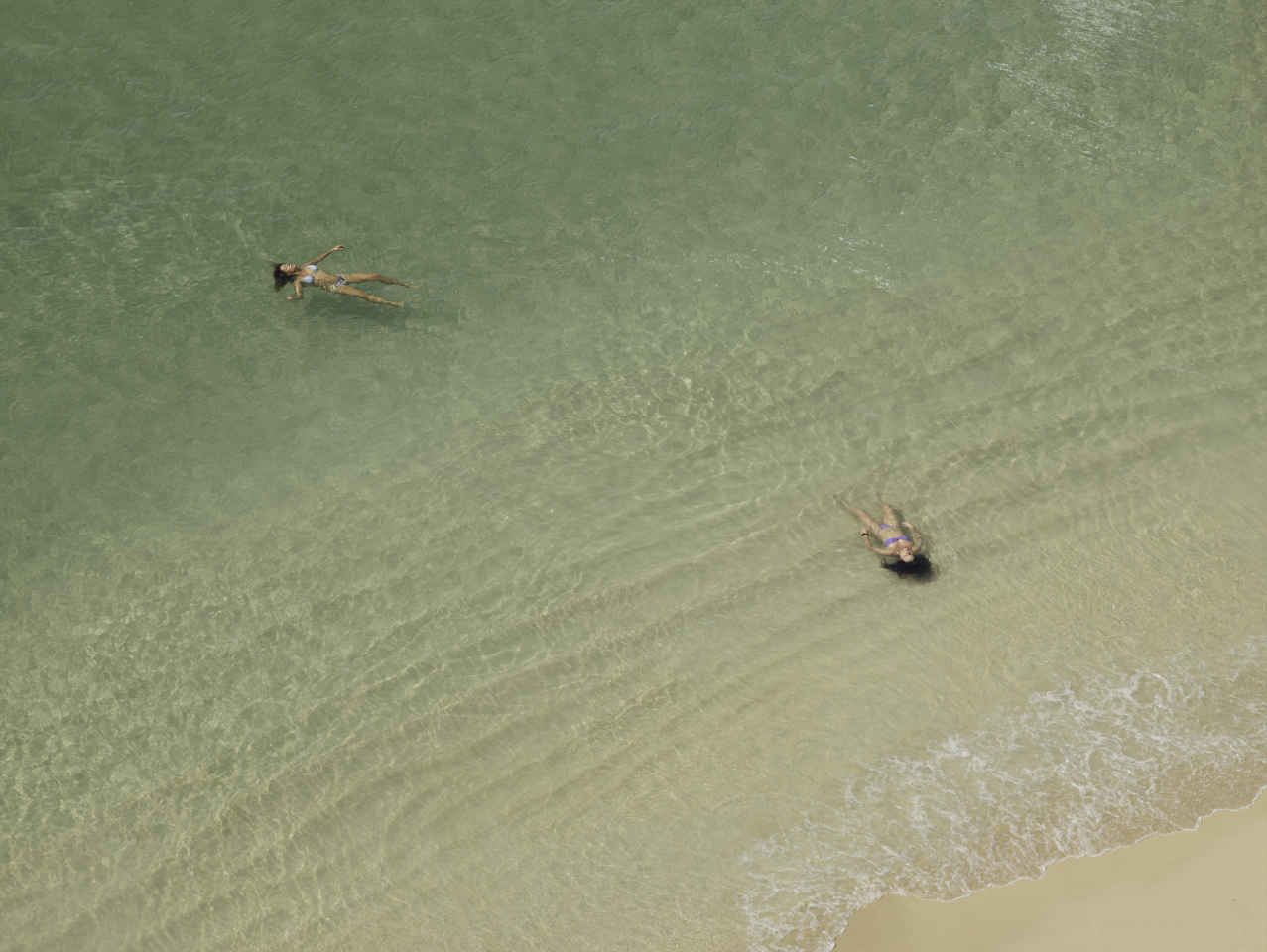 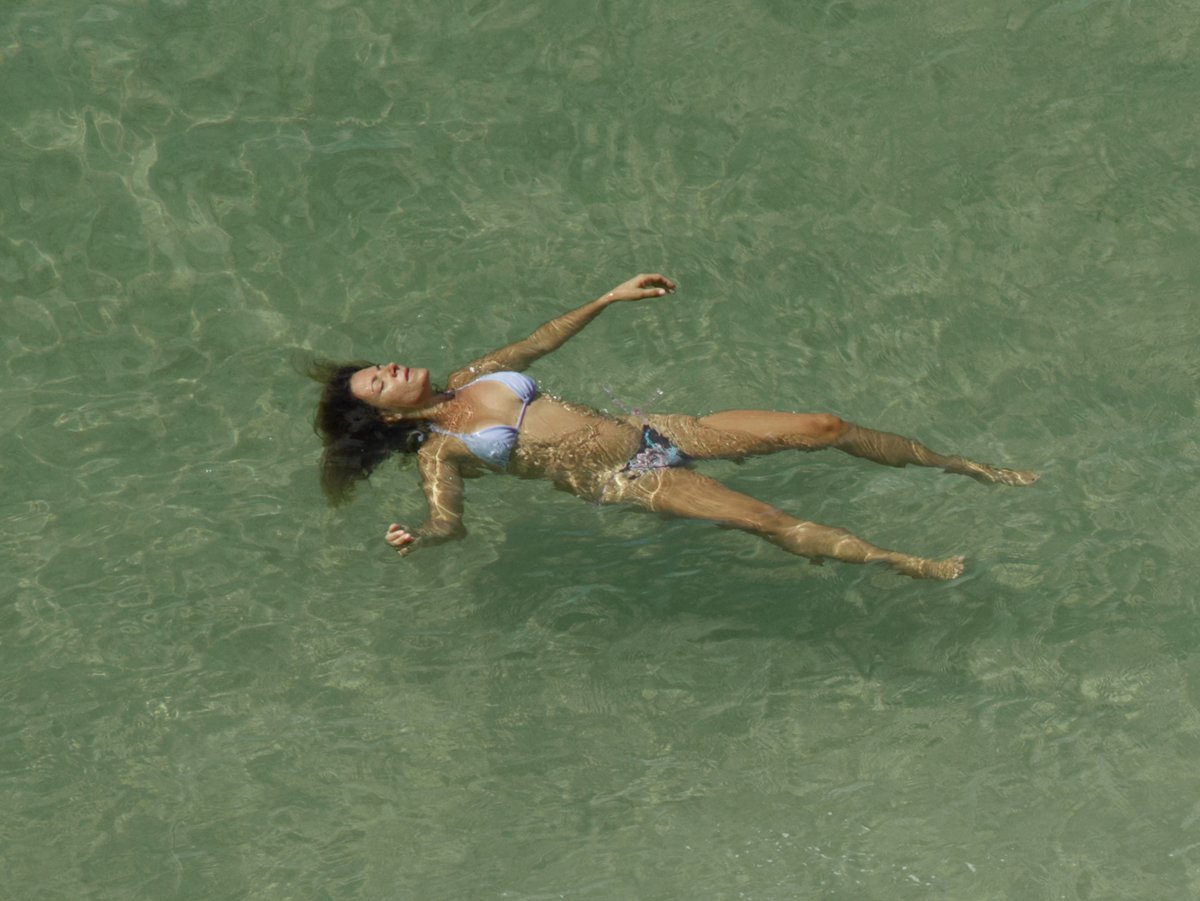 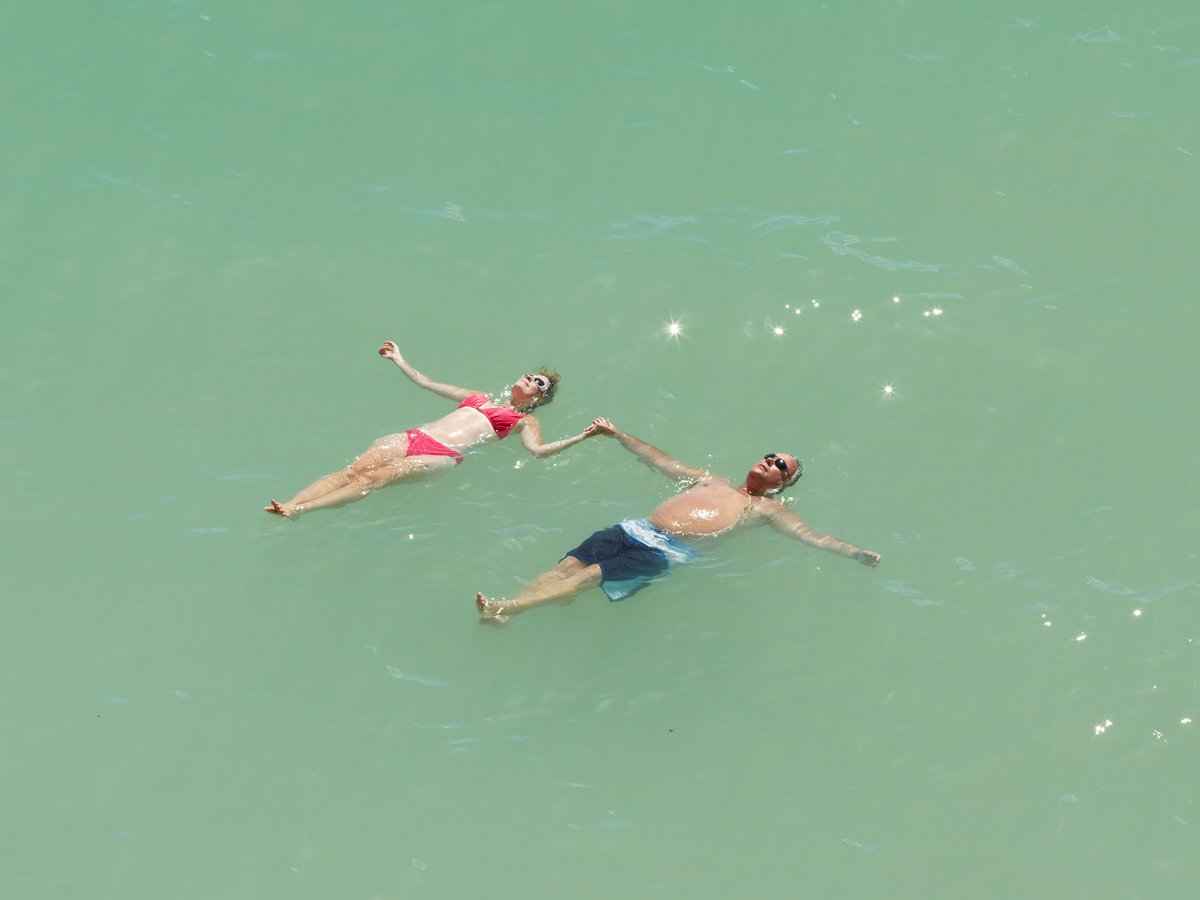 Since the publication of Richard Misrach’s best-selling and critically acclaimed publication On the Beach, he has continued to photograph at the same location, building a body of work that has been exhibited as On the Beach 2.0—a reference to the technological and optical developments that have made the intensely detailed, exquisitely rendered depictions possible. The Mysterious Opacity of Other Beings focuses less on the abstraction of water, sand, and mote-sized figures, instead honing in on the gestures and expressions of bathers adrift in the ocean, at play or in poses ranging from relaxation to transcendence.

Misrach has rarely ventured into portraiture; this work is his first to focus exclusively on the human figure. Each photograph features one or more individuals crisply rendered from a distance, as they seem to levitate among turquoise waves, isolated from everything save the shifting patterns of the ocean. There is ambiguity and a sense of the uncanny in the figures suspended in the water: are they approaching the shore or moving away from it? Each image is presented both as full frame and as a series of enlarged details that enable the viewer to lin- ger on each individual’s complete surrender of their body to the sea—a seductive melding of human and nature.

Richard Misrach (born in Los Angeles, 1949) is one of the most influential color photographers of his generation. His work is held in the collections of over fifty major institutions, including the Museum of Modern Art, Whitney Museum of American Art, and Metropolitan Museum of Art, all in New York, and the National Gallery of Art, Washington, D.C. A major mid-career survey was organized by the Museum of Fine Arts, Houston, in 1996. The exhibit On the Beach traveled to several museums in 2004, including the Art Institute of Chicago; High Museum of Art, Atlanta; and National Gallery of Art. In 2012, Misrach collaborated with Aperture to launch a book and exhibition titled Petrochemical America, a series of photographs that explores the health and environmental issues surrounding the Mississippi River industrial corridor, otherwise known as “Cancer Alley.” Images from the project are featured in the Emmy-nominated title sequence of HBO’s True Detective.